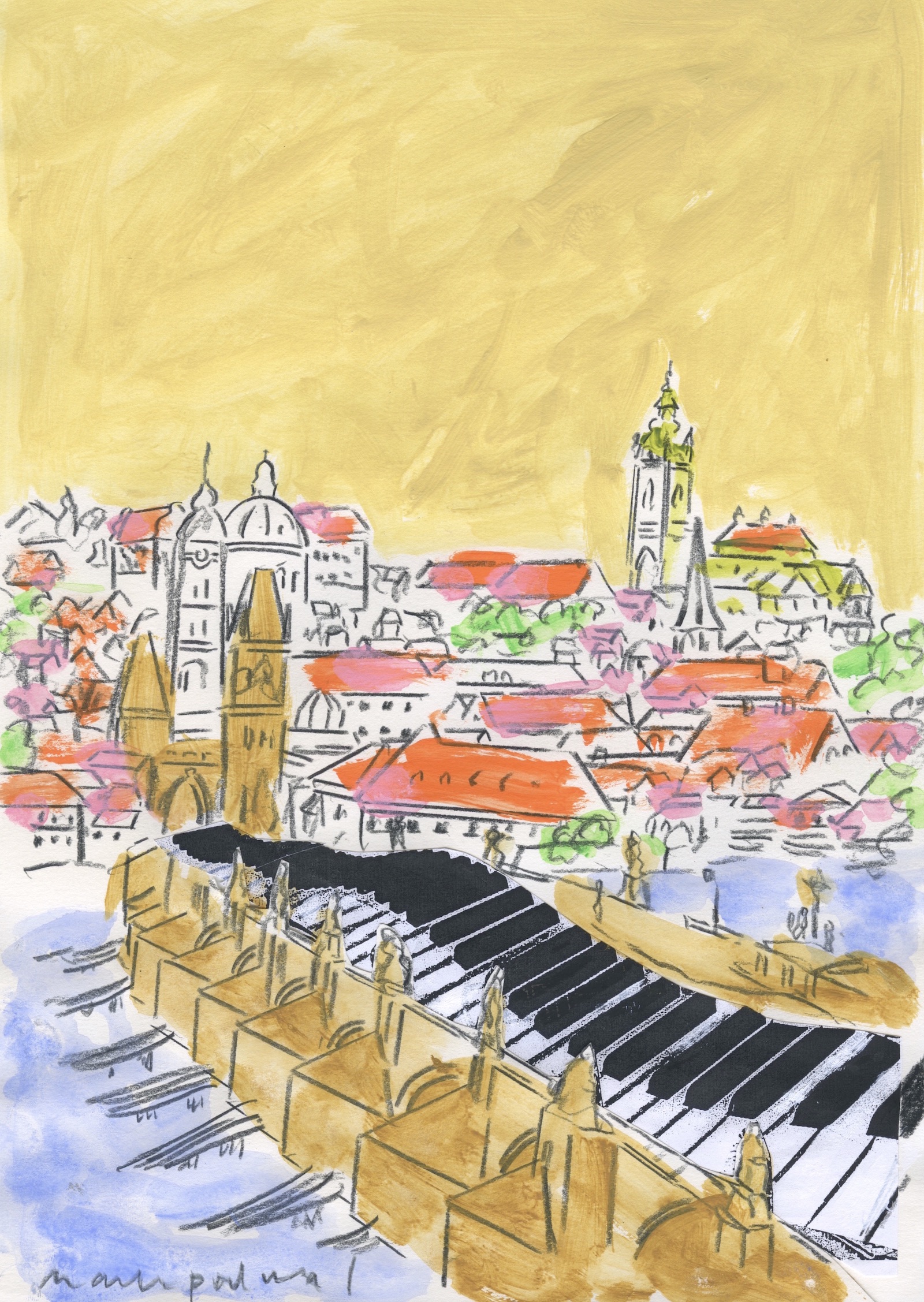 Prague’s love of Mozart and his work remained constant even after his death, and indeed the city’s response to his death gave it primacy among “Mozart cities.’ Four thousand mourners attended a Mass in Mozart’s honor at Prague’s St. Nicholas Church, which featured a Requiem by 120 musicians, all performing without pay. Church bells rang for half an hour throughout the city. And for the following six years, Mozart’s Prague friends took care of his two sons. Moreover, Prague in 1837 was the first city to set up a Mozart memorial, now in the National Library. 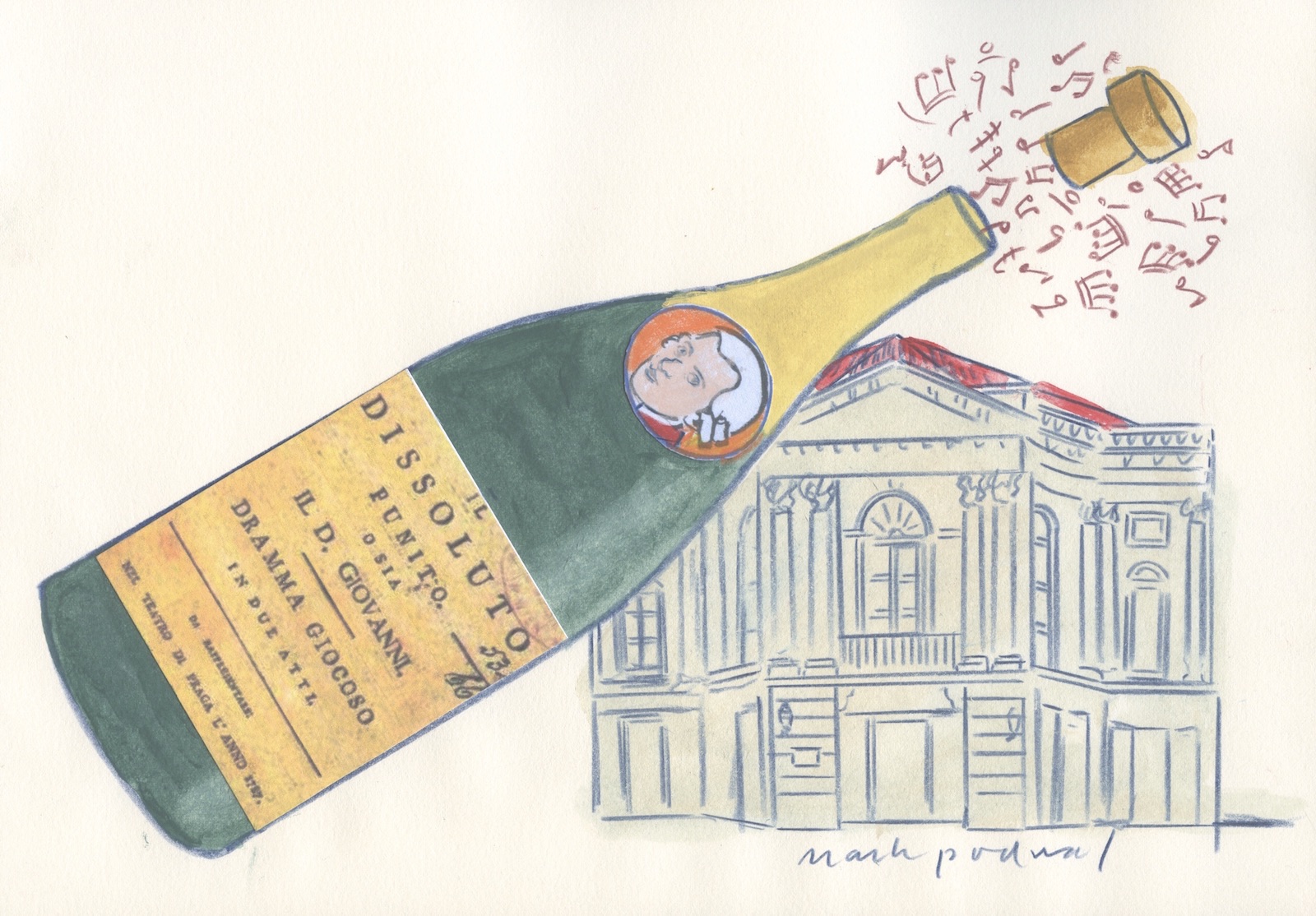 Don Giovanni’s champagne aria is an exuberant piece in which he feverishly gives his servant Leporello instructions for the evening at breathtaking speed. Leporello is supposed to organize a party with music and dance and ensure that everyone is drunk so that Don Giovanni can pursue his favorite activity, seduction. 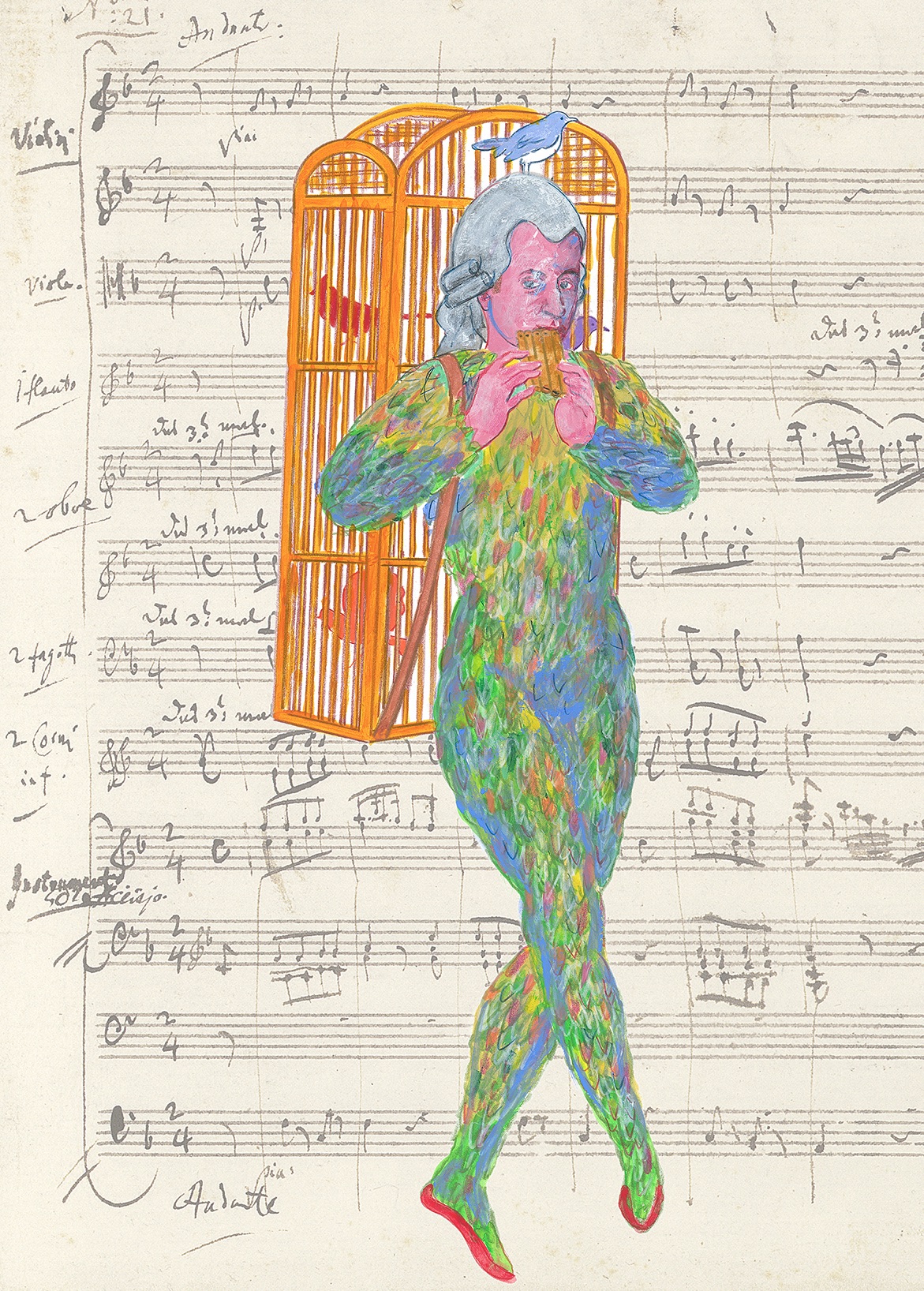 Typically, when the character of Papageno the bird-catcher makes his entrance in Mozart's beloved opera The Magic Flute, he's carrying a cage and, often, sporting a few feathers himself. 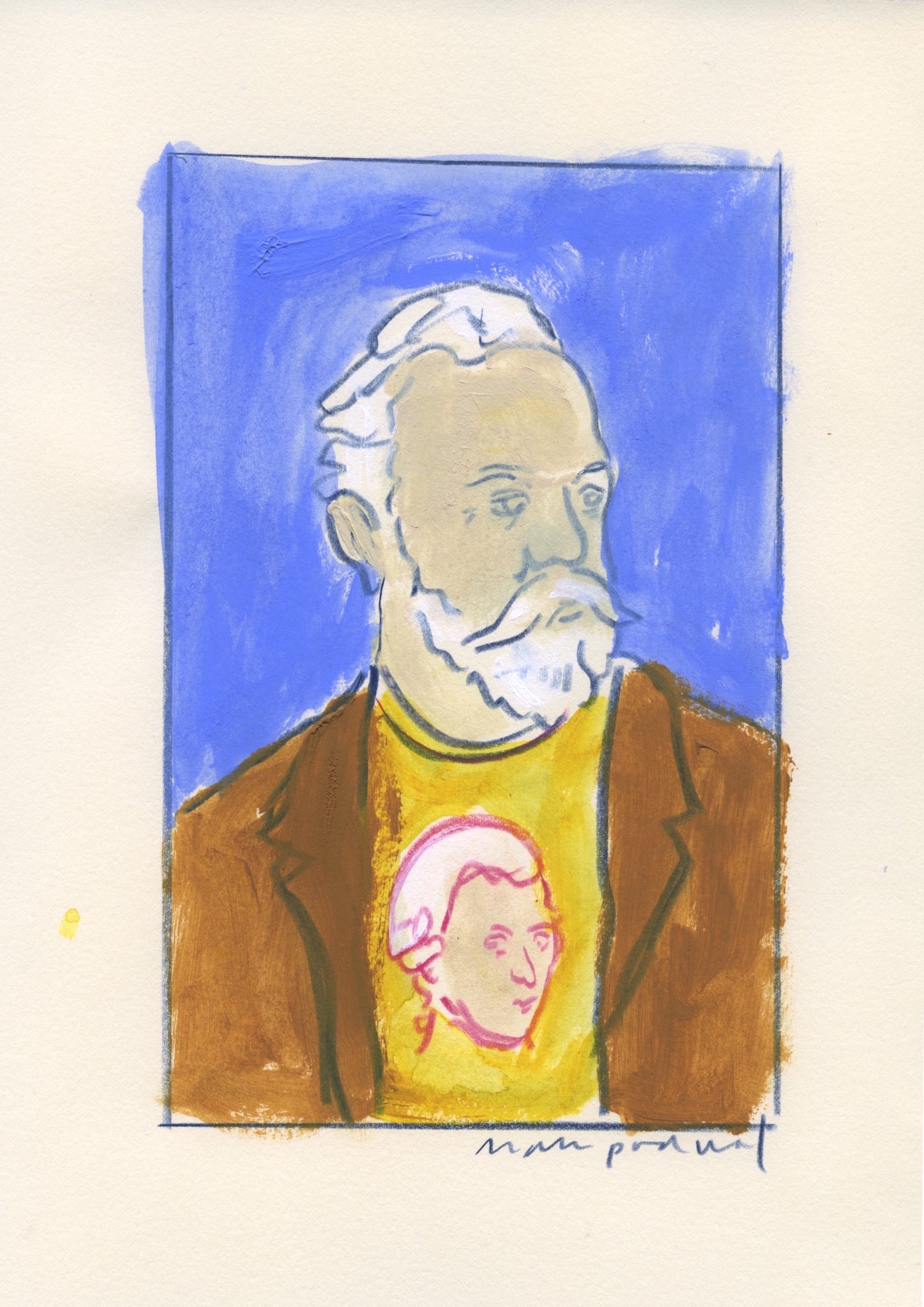 Antonín Dvořák was quoted in the New York Herald as saying, "Mozart! Ah, Mozart is the greatest of them all…Mozart touches my heart. His melodies are so lovable, are so inspired and so inspiring, that only to hear them is the greatest enjoyment that exists in the world for me." 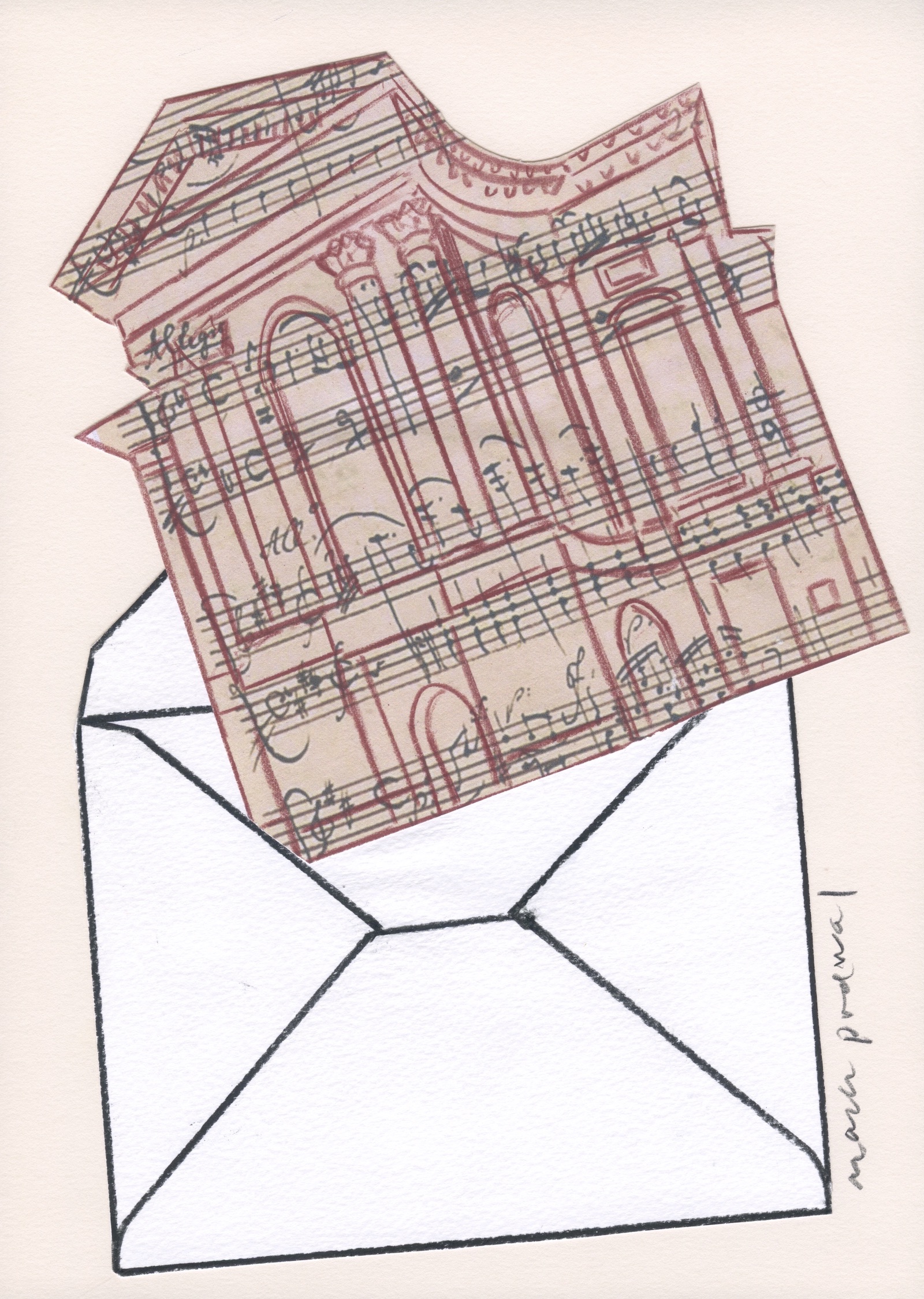 Don Giovanni was premiered not in Vienna, but in Prague’s National Theater (now called the Estates Theater), on October 29, 1787, with Mozart conducting. 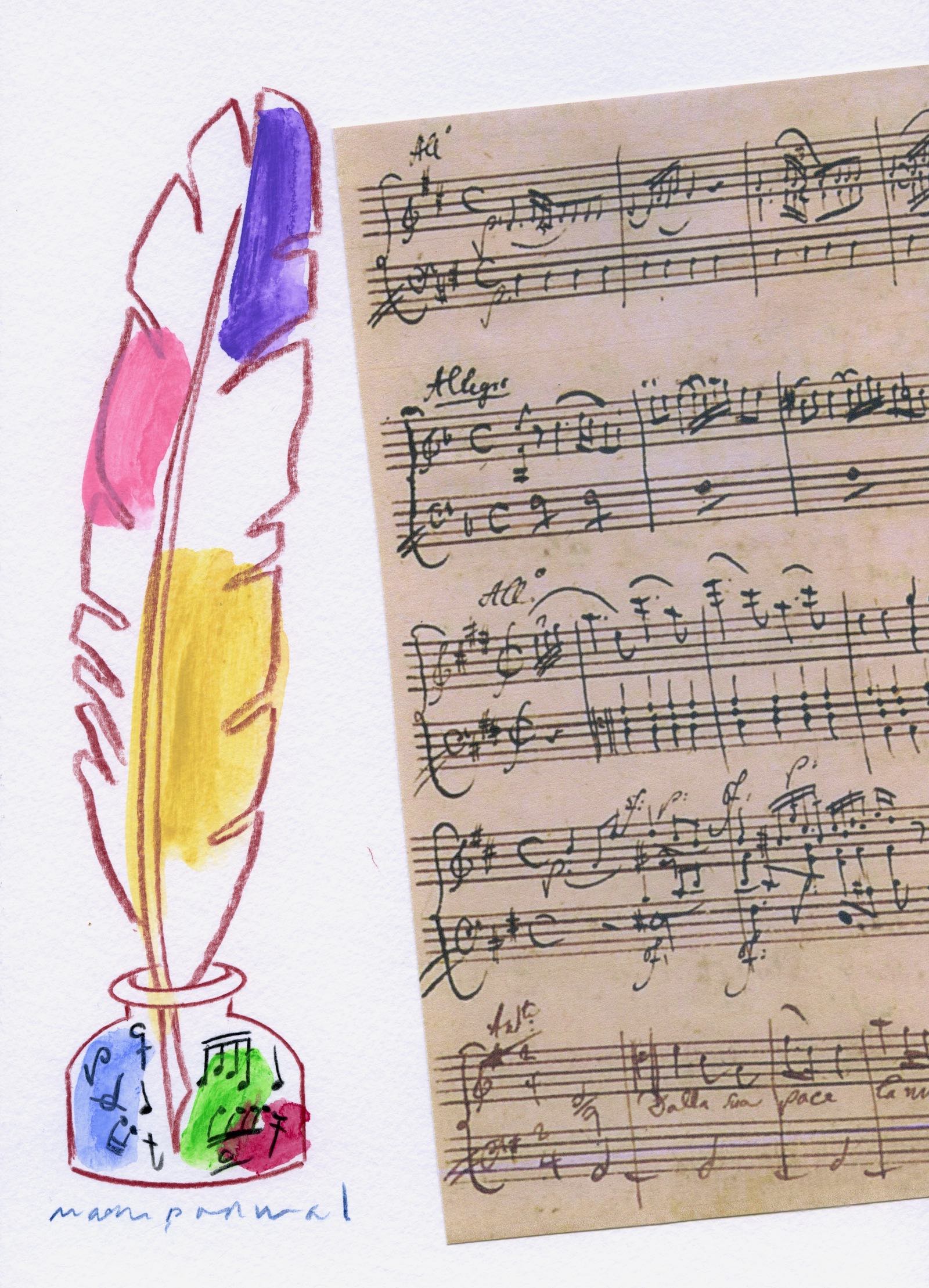 There are no cross-outs or revisions in Mozart’s scores. Working with a quill pen and ink, Mozart simply wrote out the scores, a measure at time, beginning to end. According to his wife Constanze, Mozart composed music, “As if he were writing a letter.” 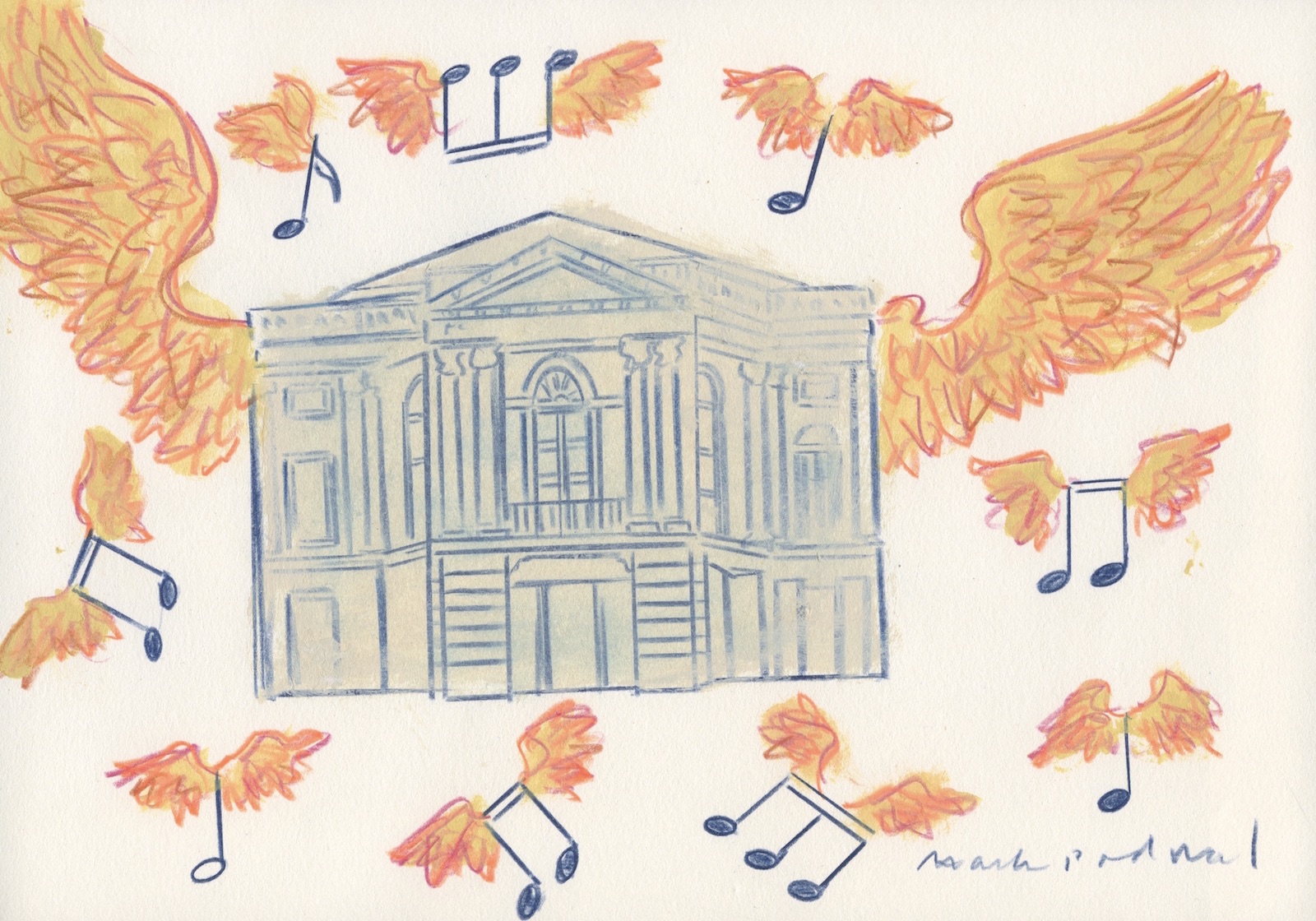 Mozart's music is very much beloved around the world, and his gift to us is a bit of heaven right here on earth! 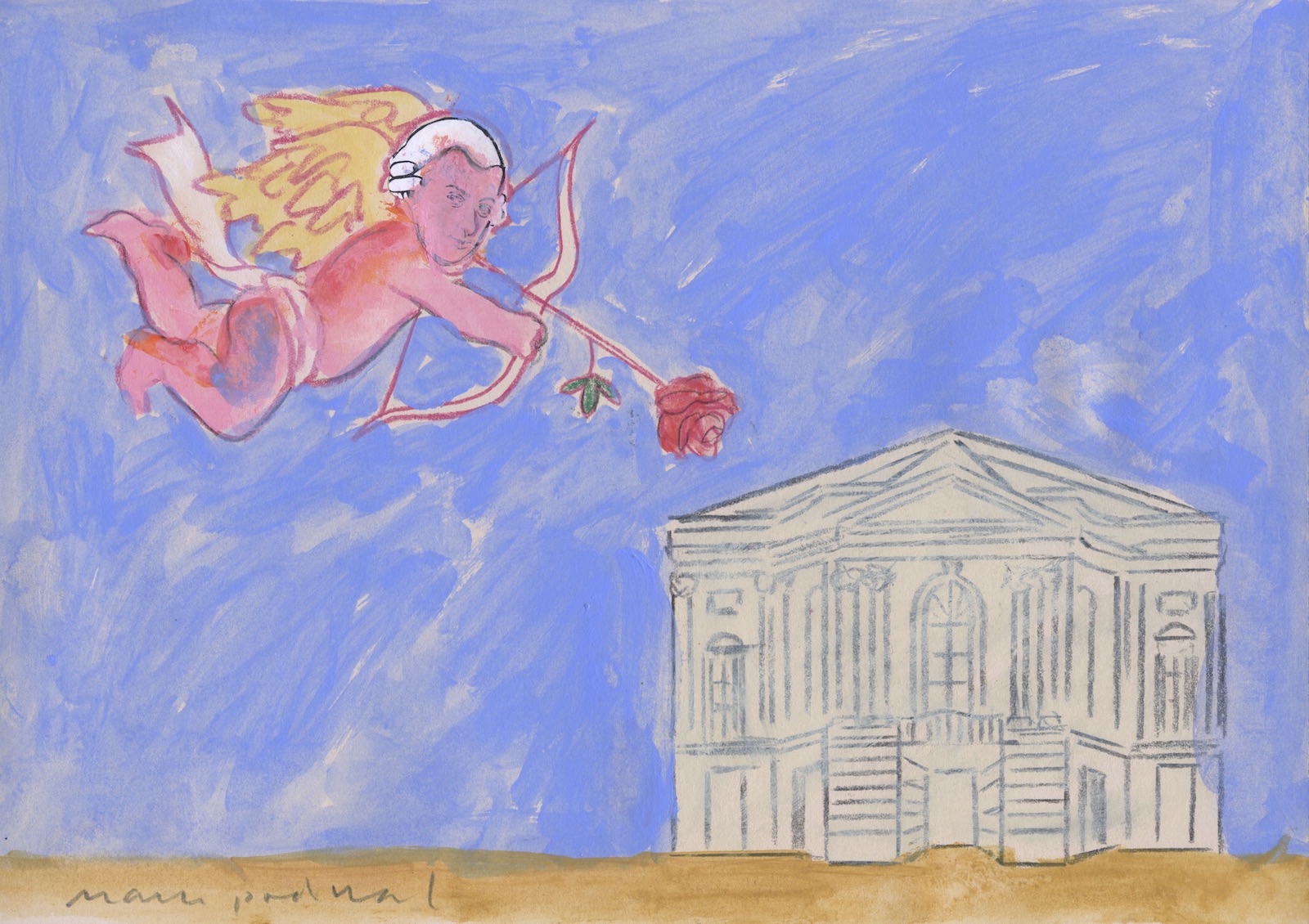 Mozart was all the rage in Prague at the end of 1786. His latest opera, The Marriage of Figaro, had thrilled music lovers there and won rave reviews: "No piece (so everyone here asserts) has ever caused such a sensation as the Italian opera The Marriage of Figaro, which has already been given several times here to boundless applause," reported the city's Oberpostamtszeitung. 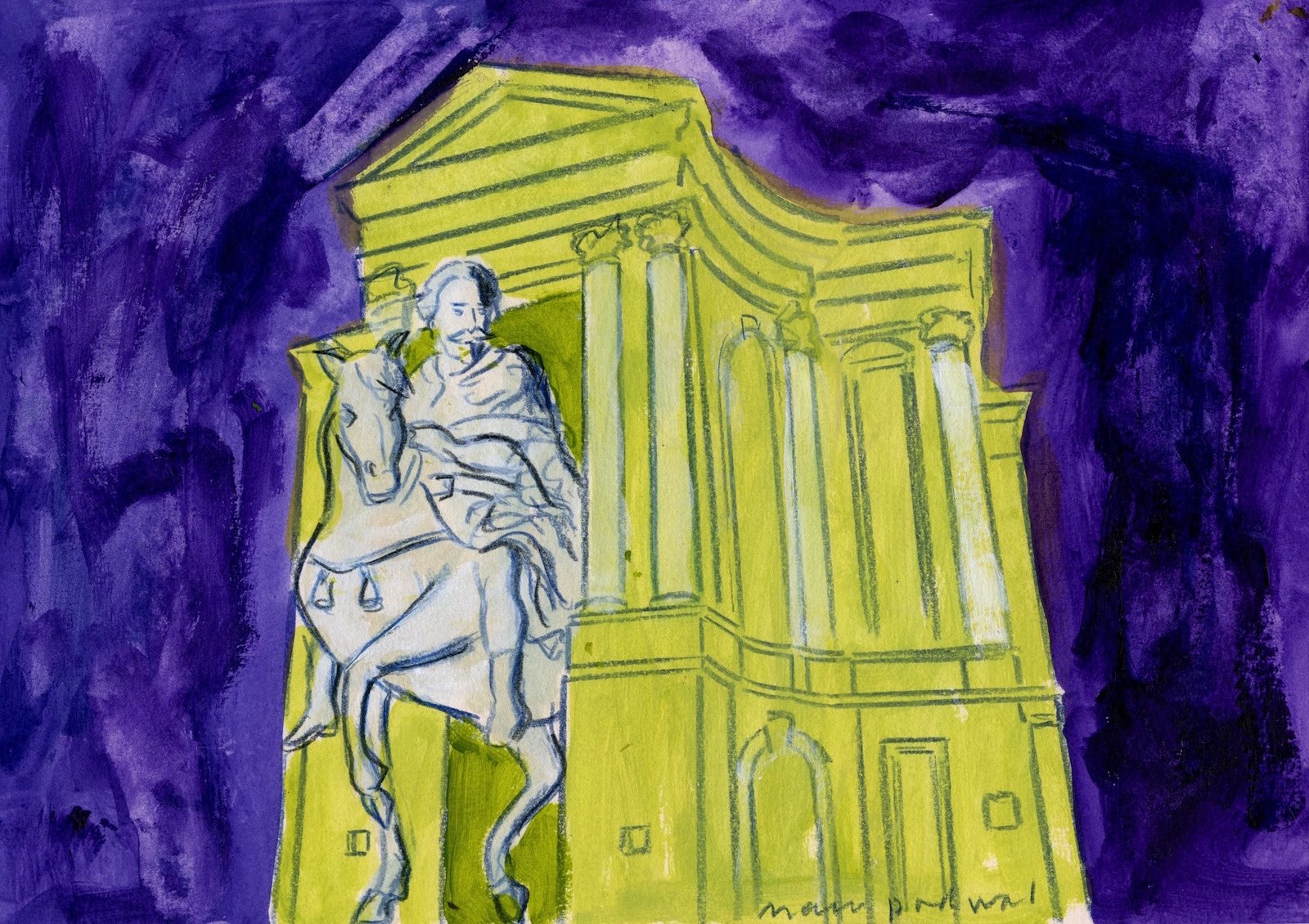 The Stone Guest, is an animate tombstone figure, which appears in every classic-based version of the story about Don Juan including Mozart’s opera, Don Giovanni. Don Giovanni, “the opera of operas,” premiered at Prague’s Estates Theater in 1787. 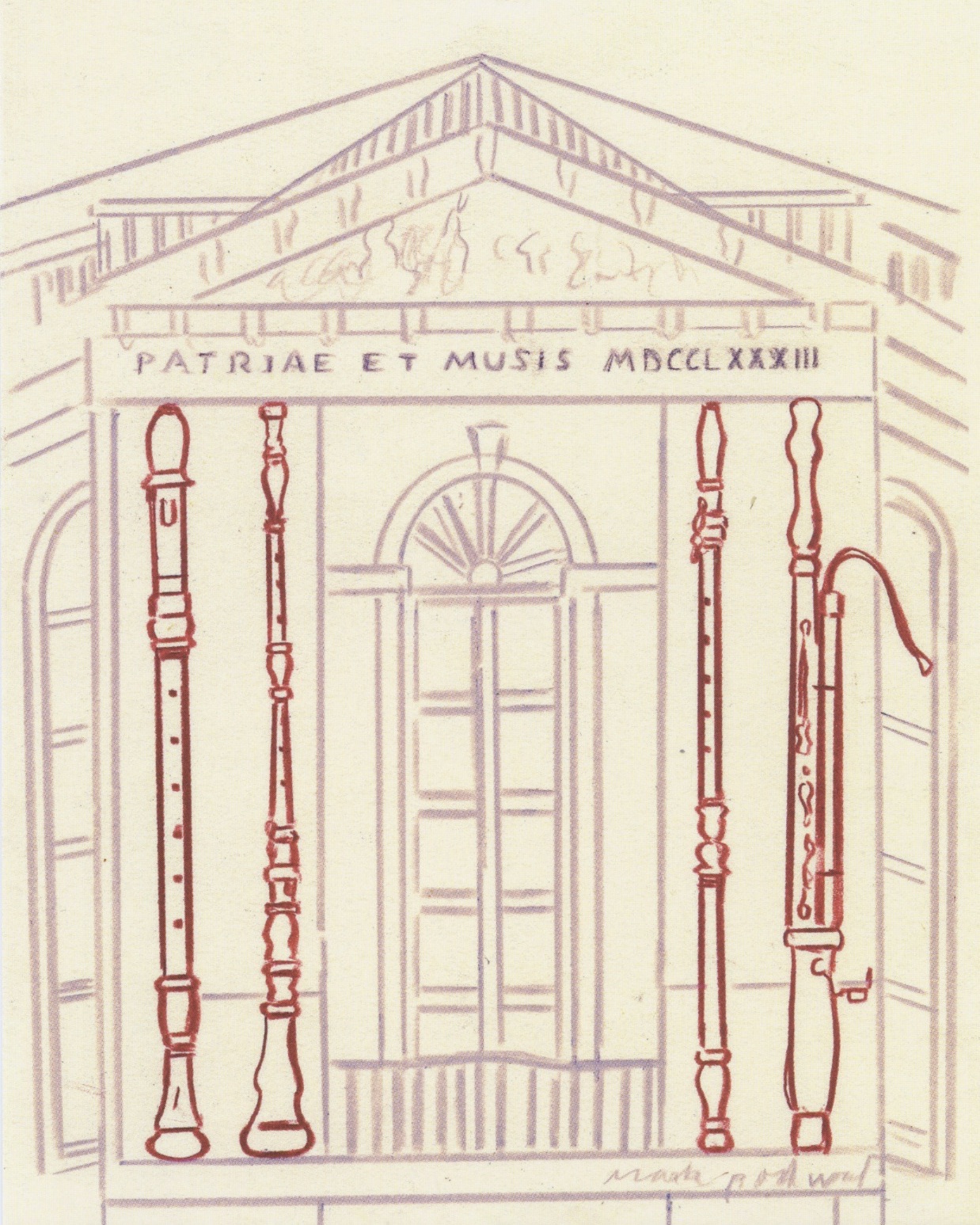 The lavish use of wind instruments might offer a clue that the Prague Symphony, which premiered at Prague’s Estates Theater, was fashioned specifically with the Prague public in mind. The wind players of Bohemia were famed throughout Europe.