Podwal has designed textiles for several of the most notable synagogues in the world. His first synagogue commission was to design the Torah ark curtain and five Torah mantles for New York’s historic Temple Emanu-El. For that commission and all his subsequent synagogue commissions he worked with Penn and Fletcher, renowned among prominent designers and unparalleled by any other embroiderer in New York City because of the broad spectrum of work from Broadway to historic homes and museums. 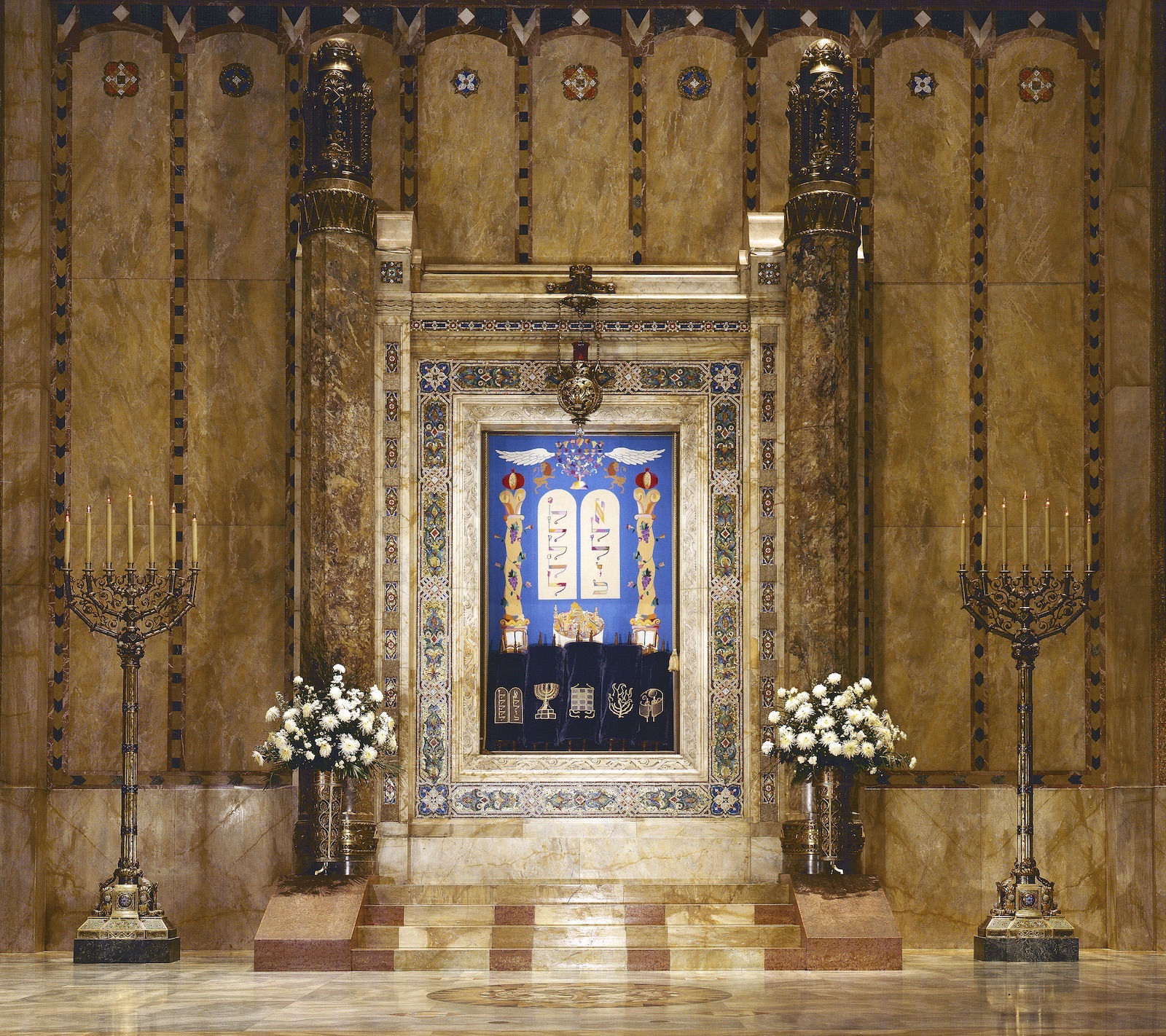 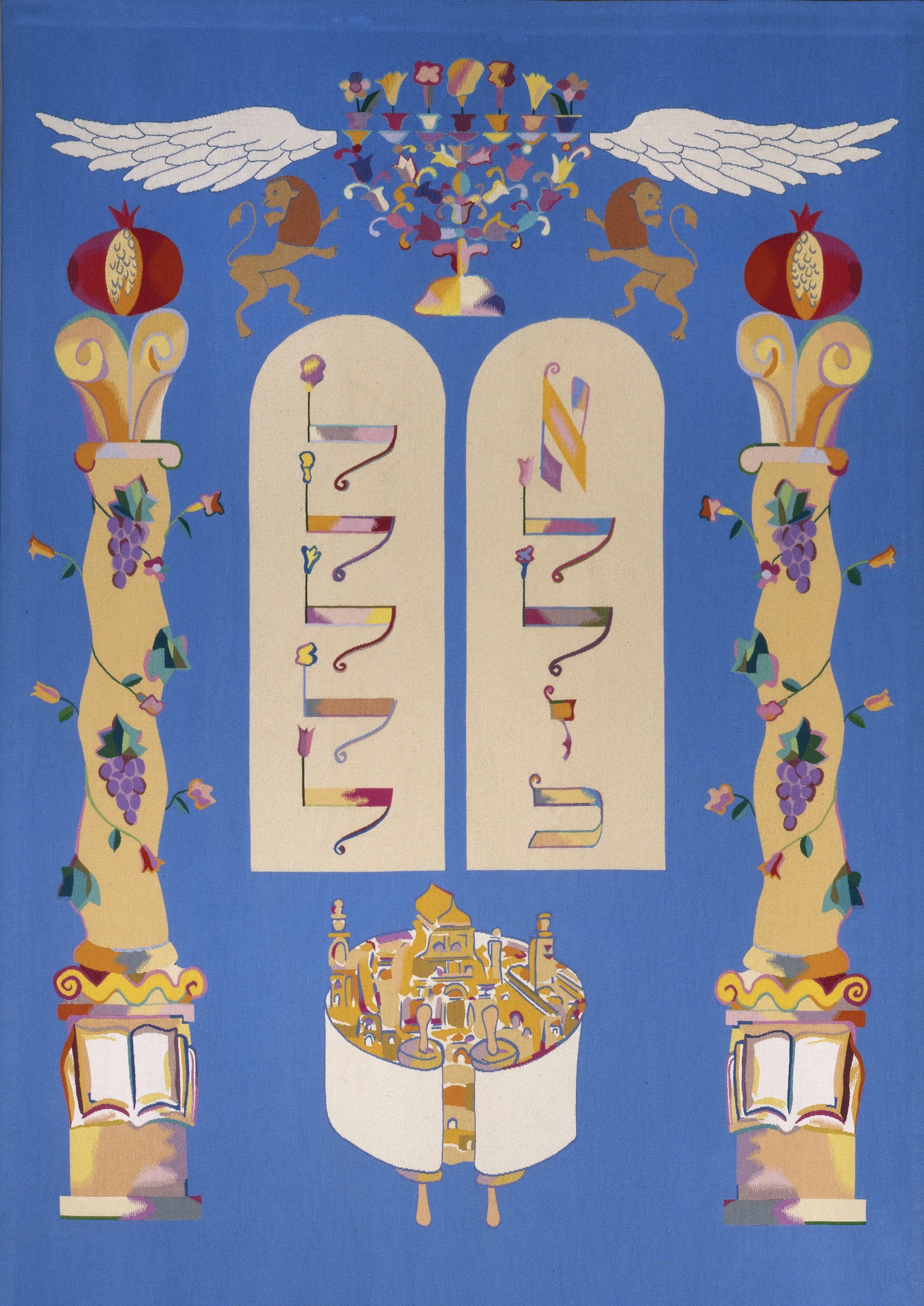 Temple Emanu-El’s main sanctuary, which seats 2,500, makes it one of the world’s largest Jewish houses of worship. Podwal designed an Aubusson tapestry for the main sanctuary's Torah ark and five Torah mantles. Each Torah mantle design symbolizes one of the five books of Moses. 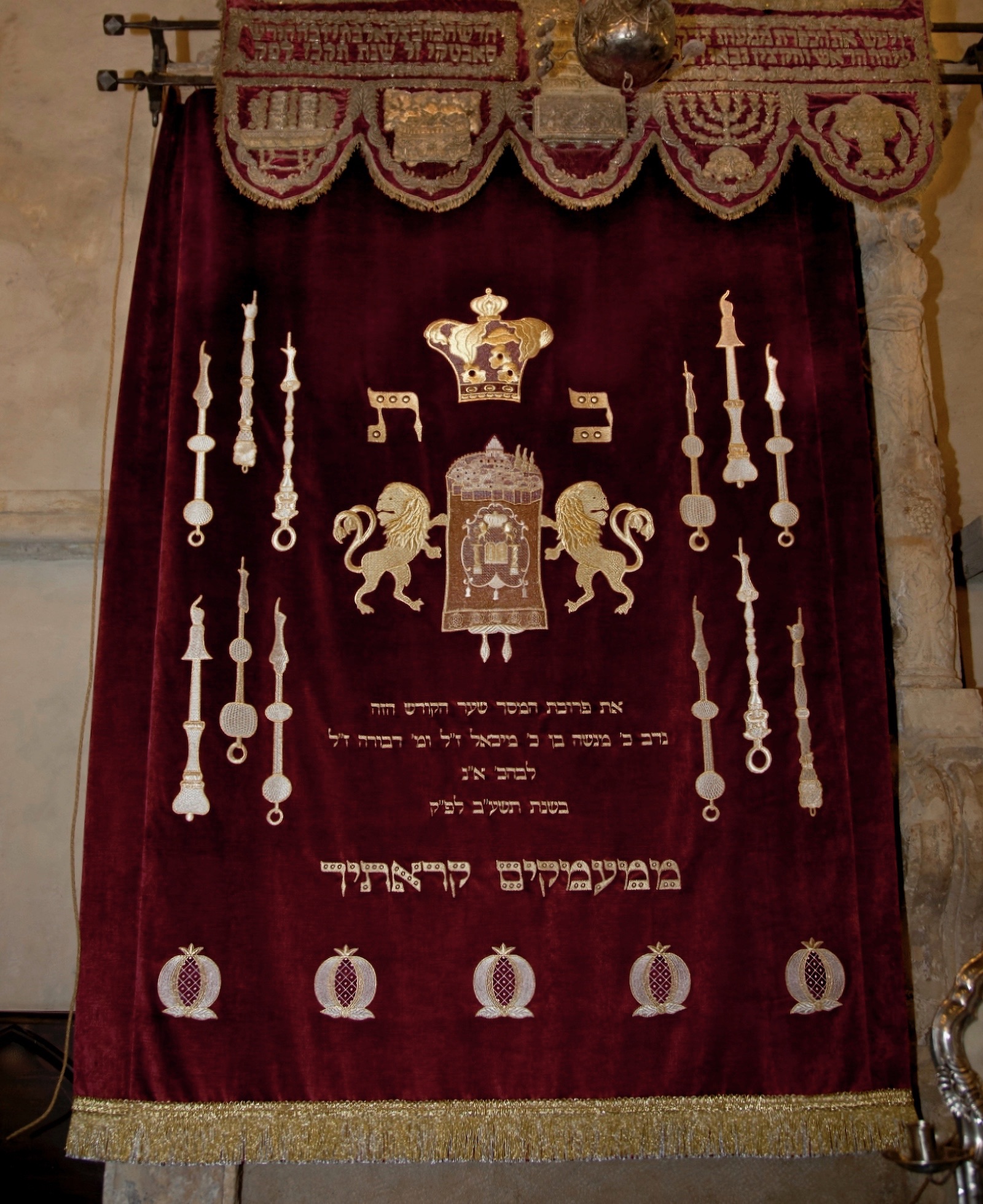 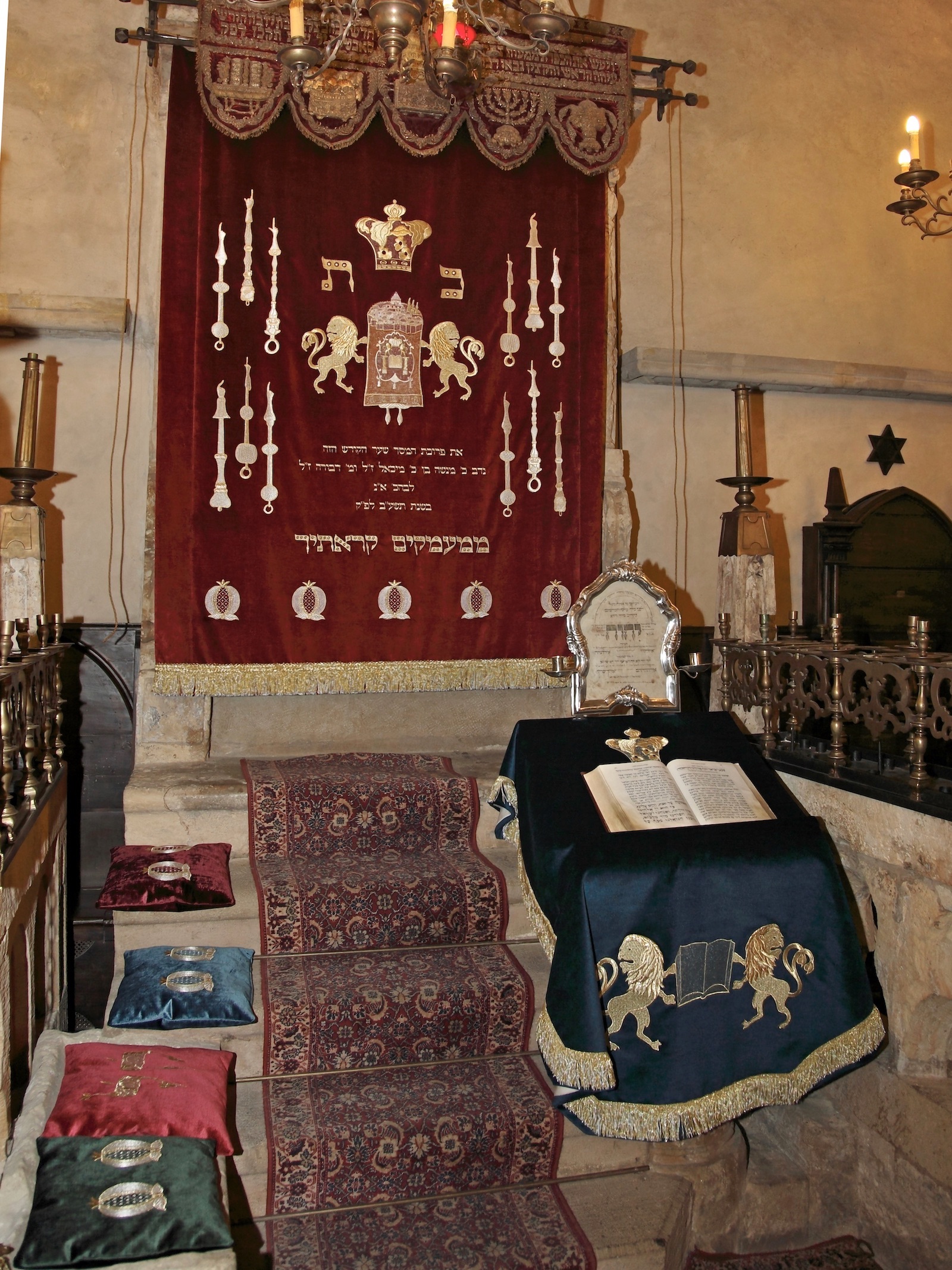 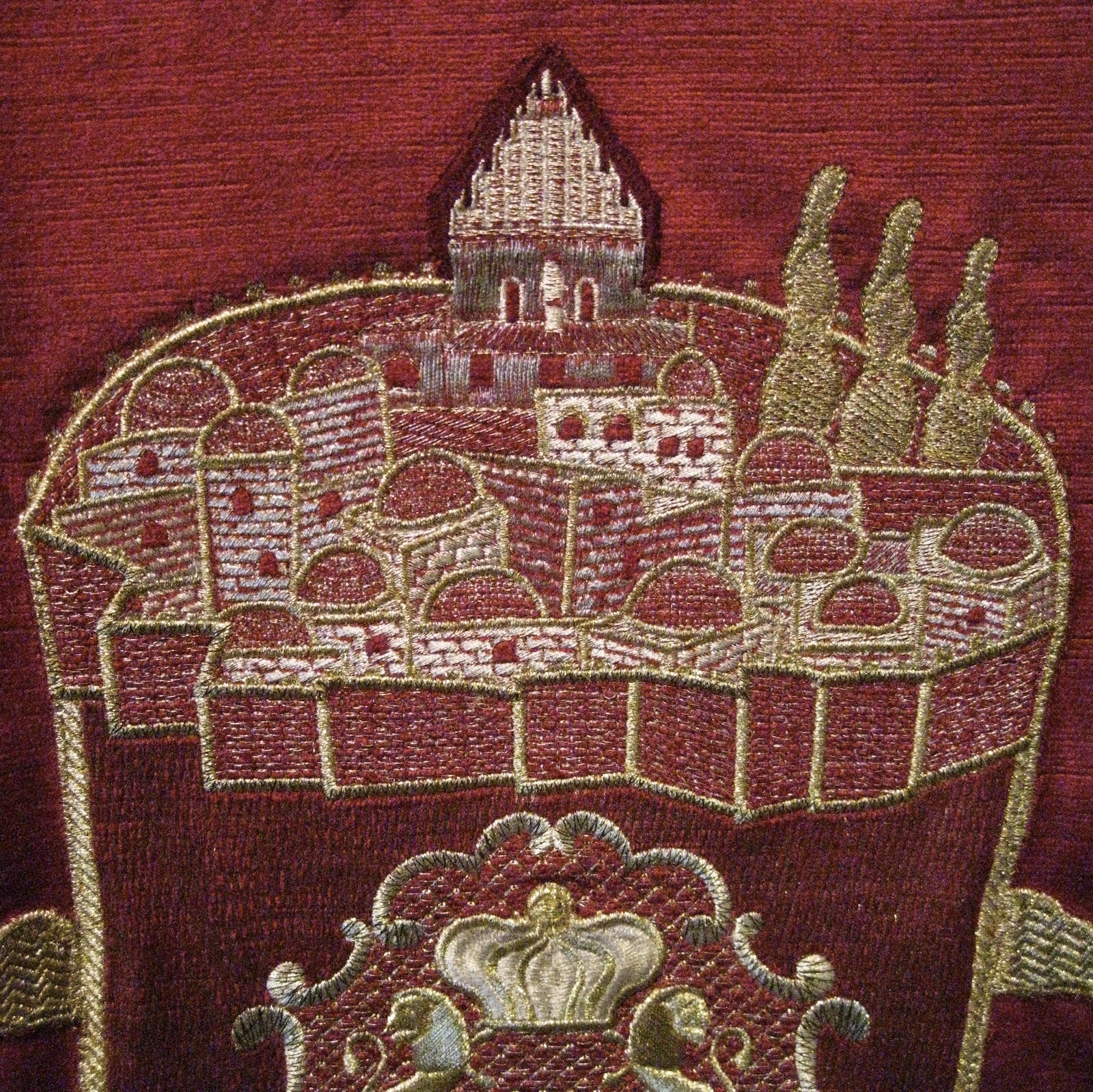 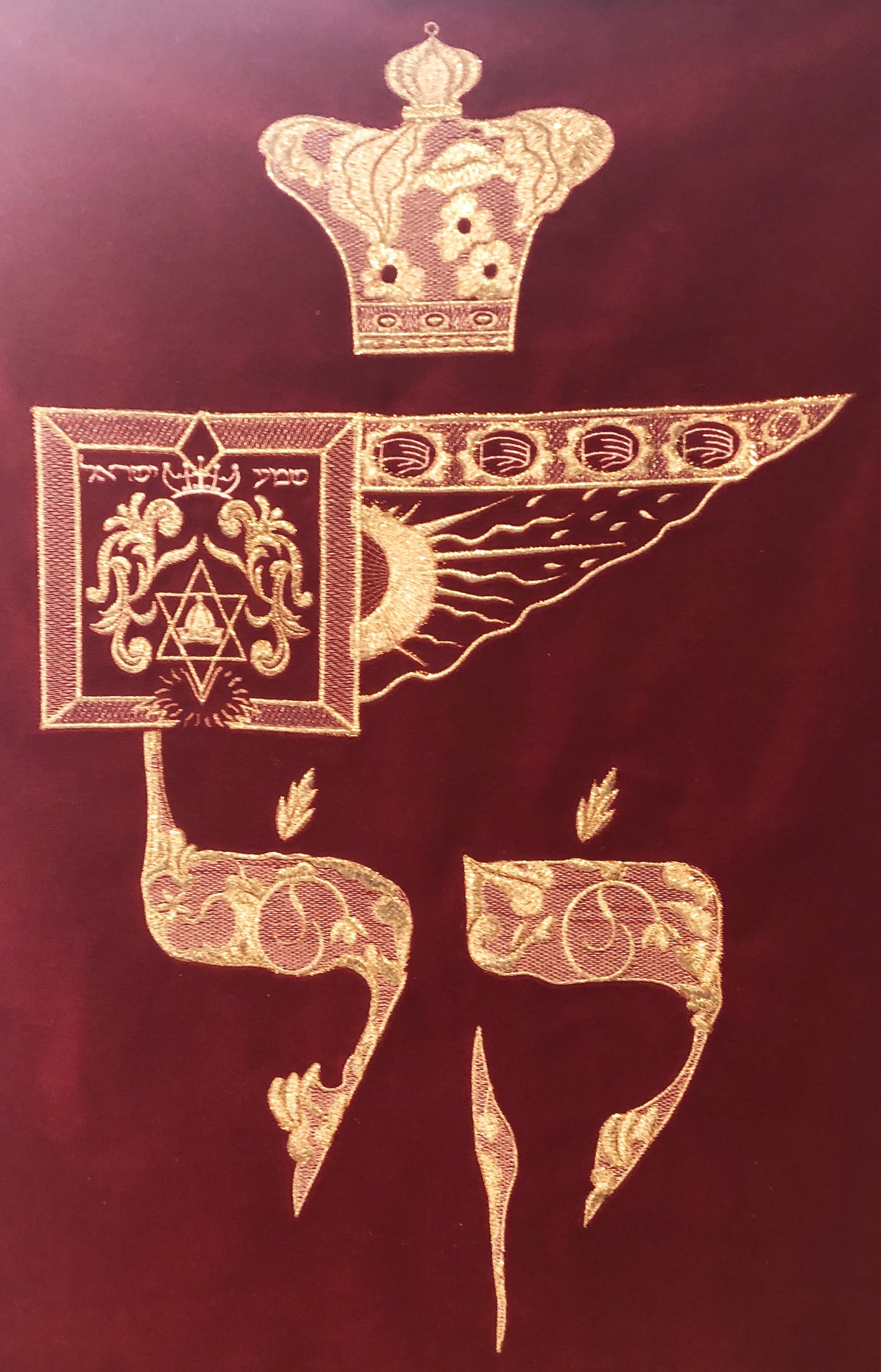 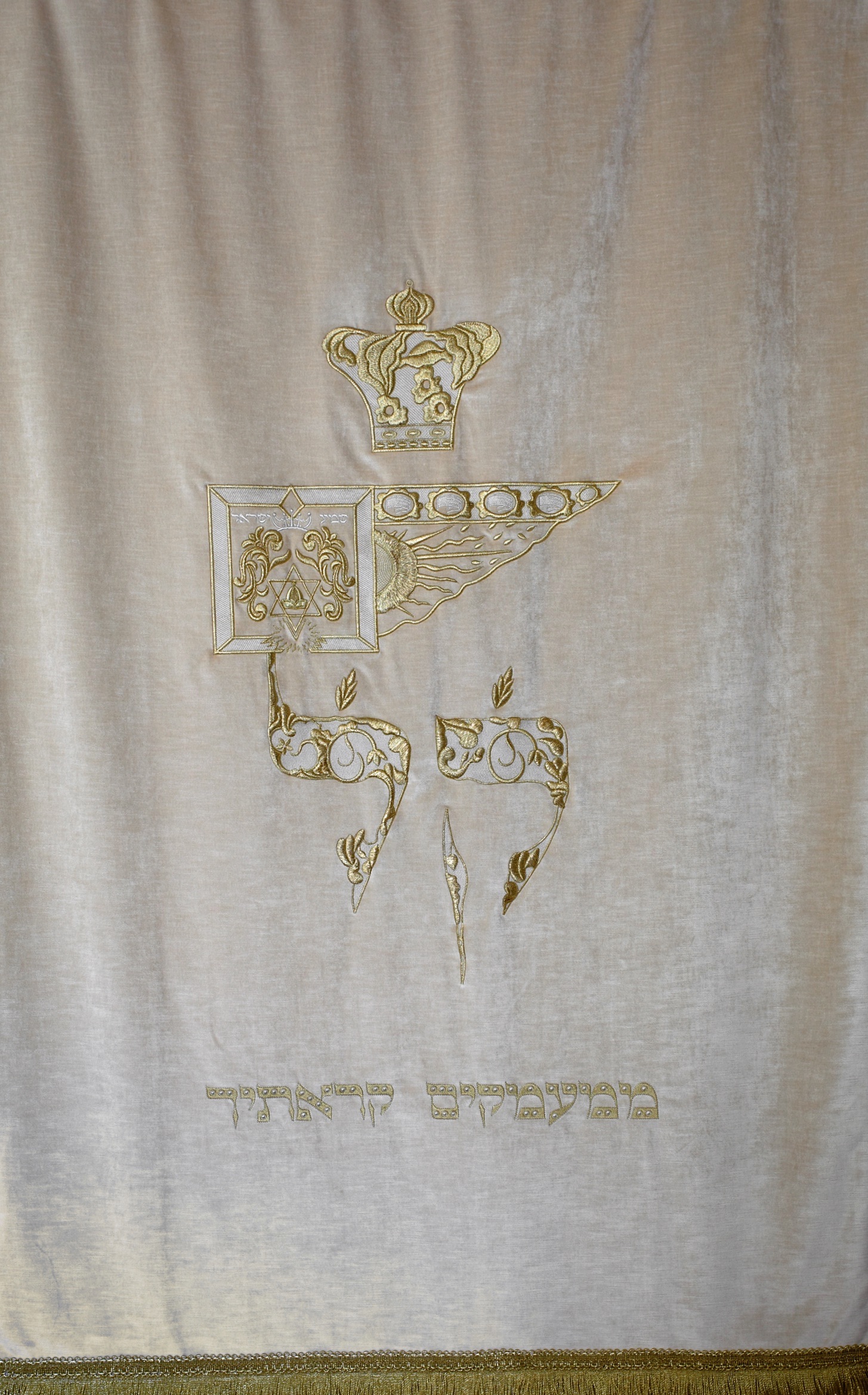 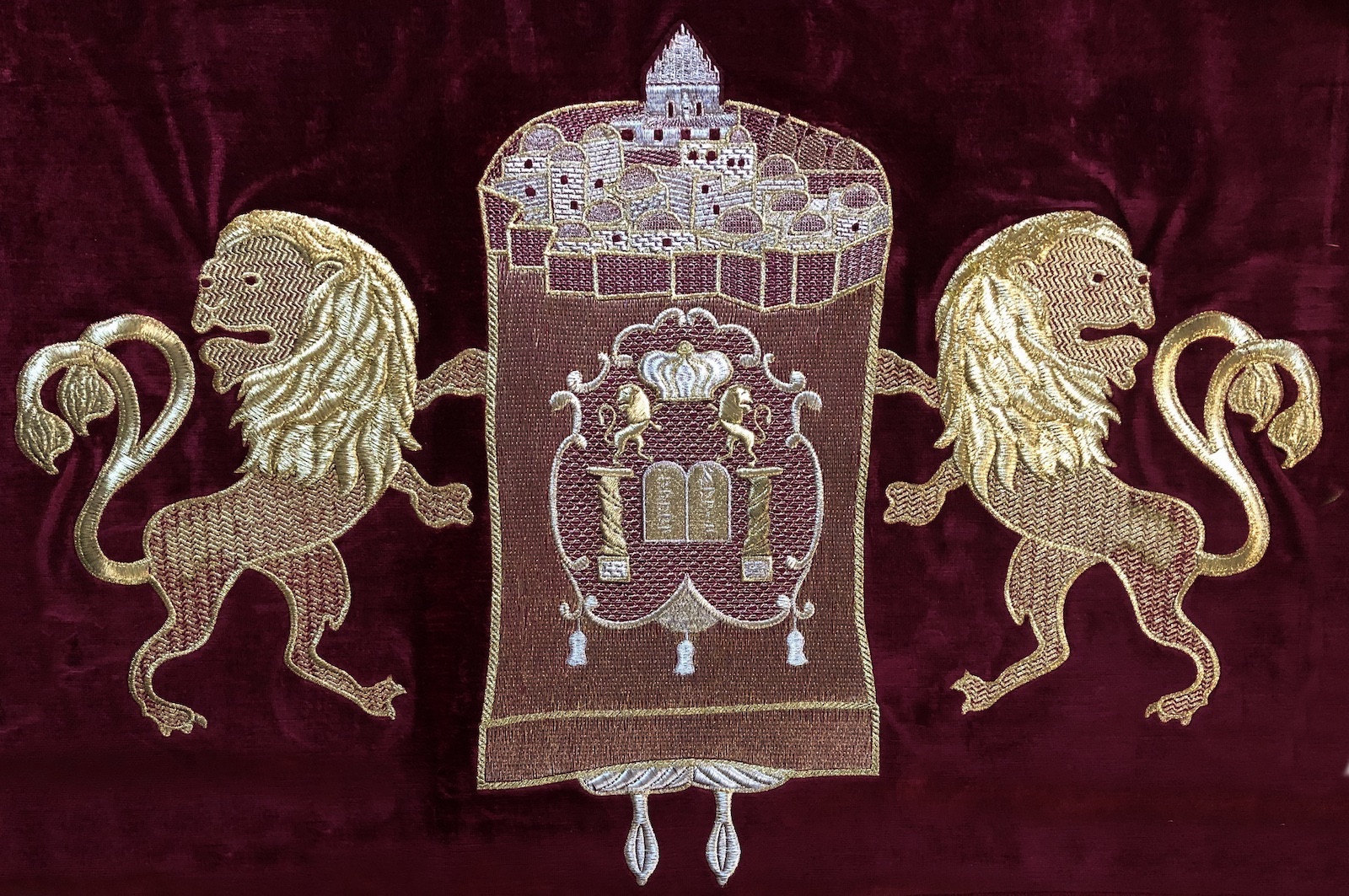 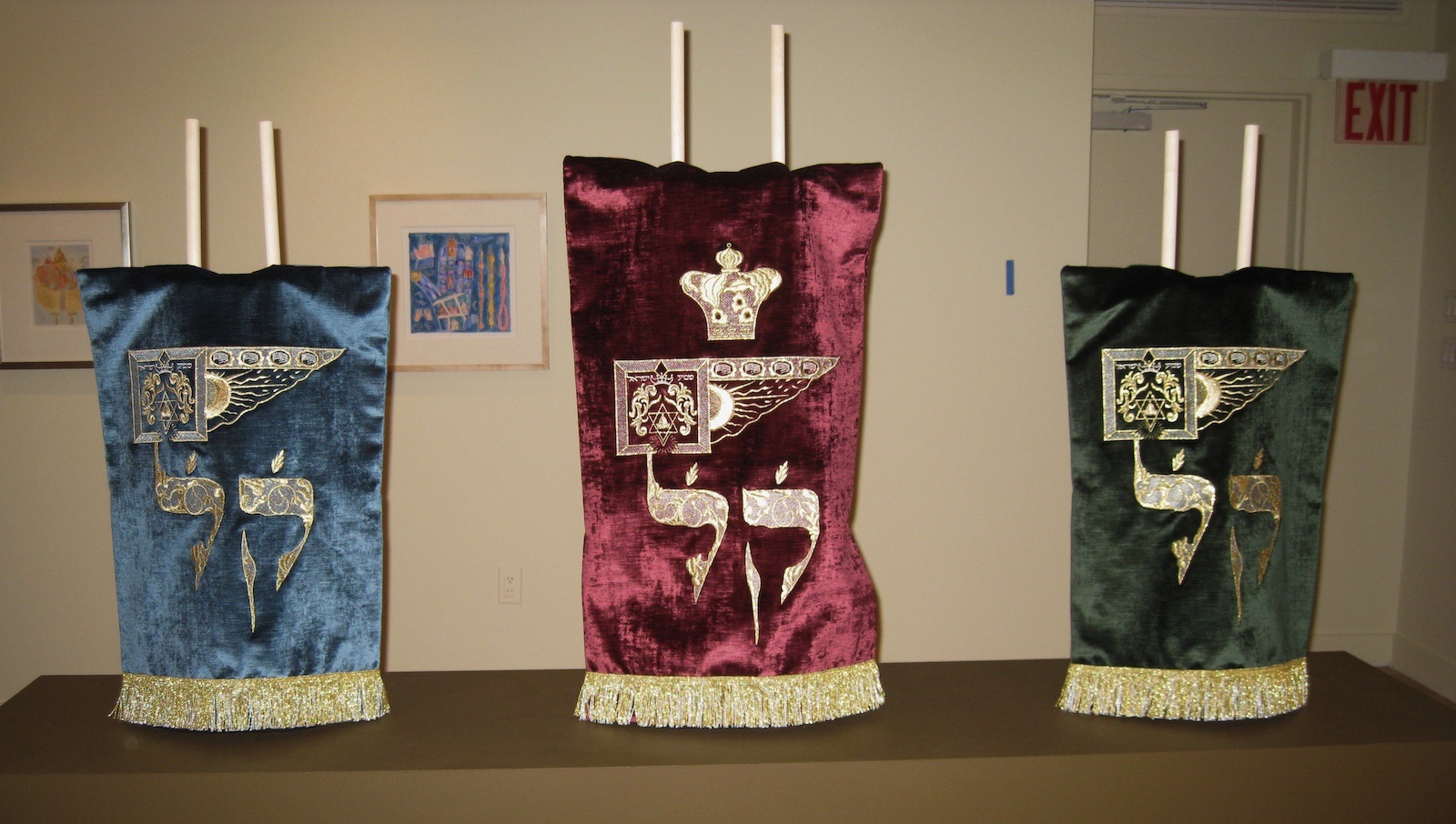 The textiles for Prague's Altneuschul, the oldest and continually active synagogue in Europe, include a Torah ark cover, three Torah mantles and covers for the Torah reading and cantor’s desks. Built in 1270, the Altneuschul, or "Old-New Synagogue," is celebrated for its architectural beauty and legendary provenance–myth has it its stones were brought by angels from Jerusalem’s destroyed Temple. In collaboration with renowned New York textile embroiderers Penn & Fletcher, Podwal used modern technology to create vignettes of the centuries-old Prague Jewish Community 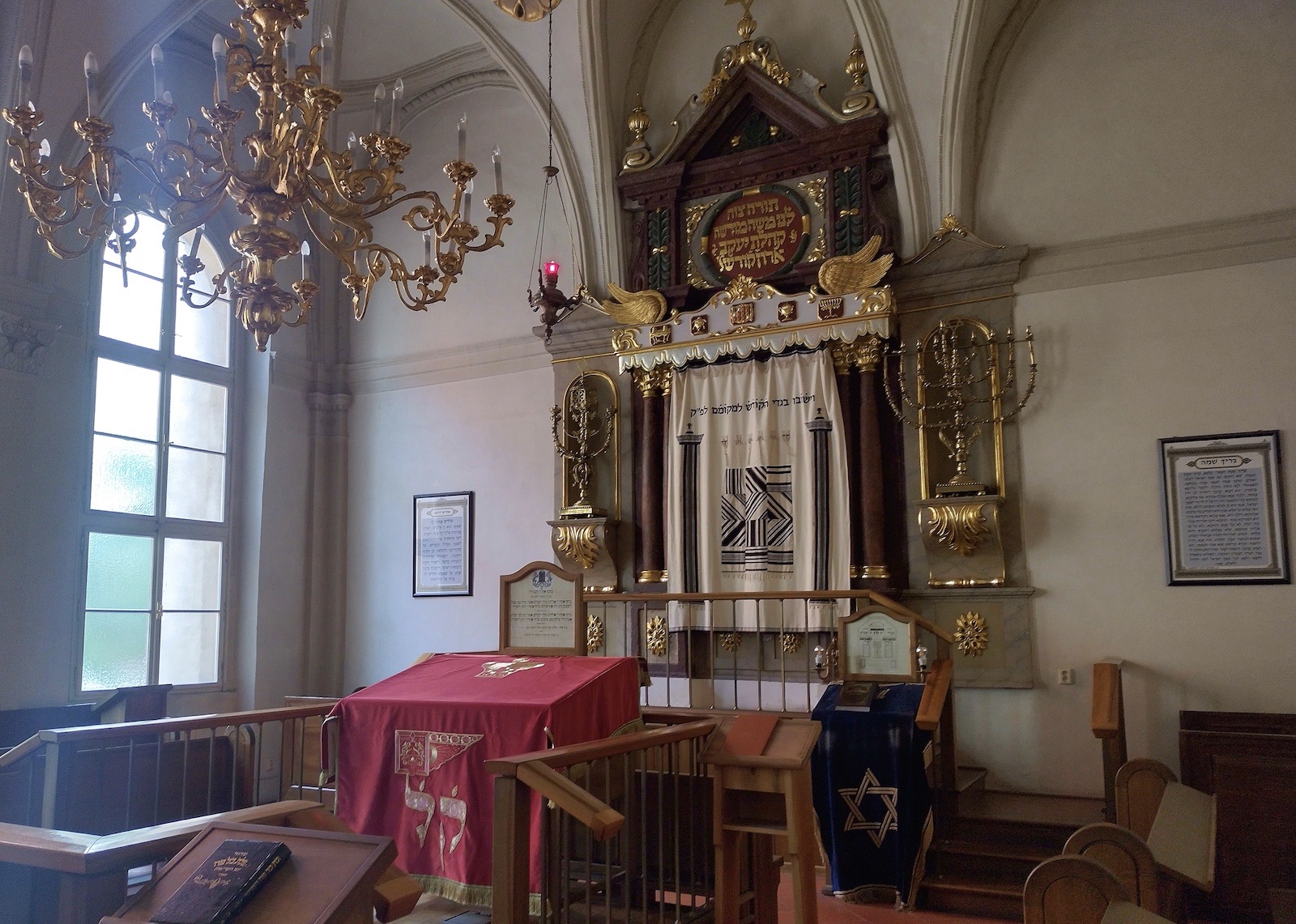 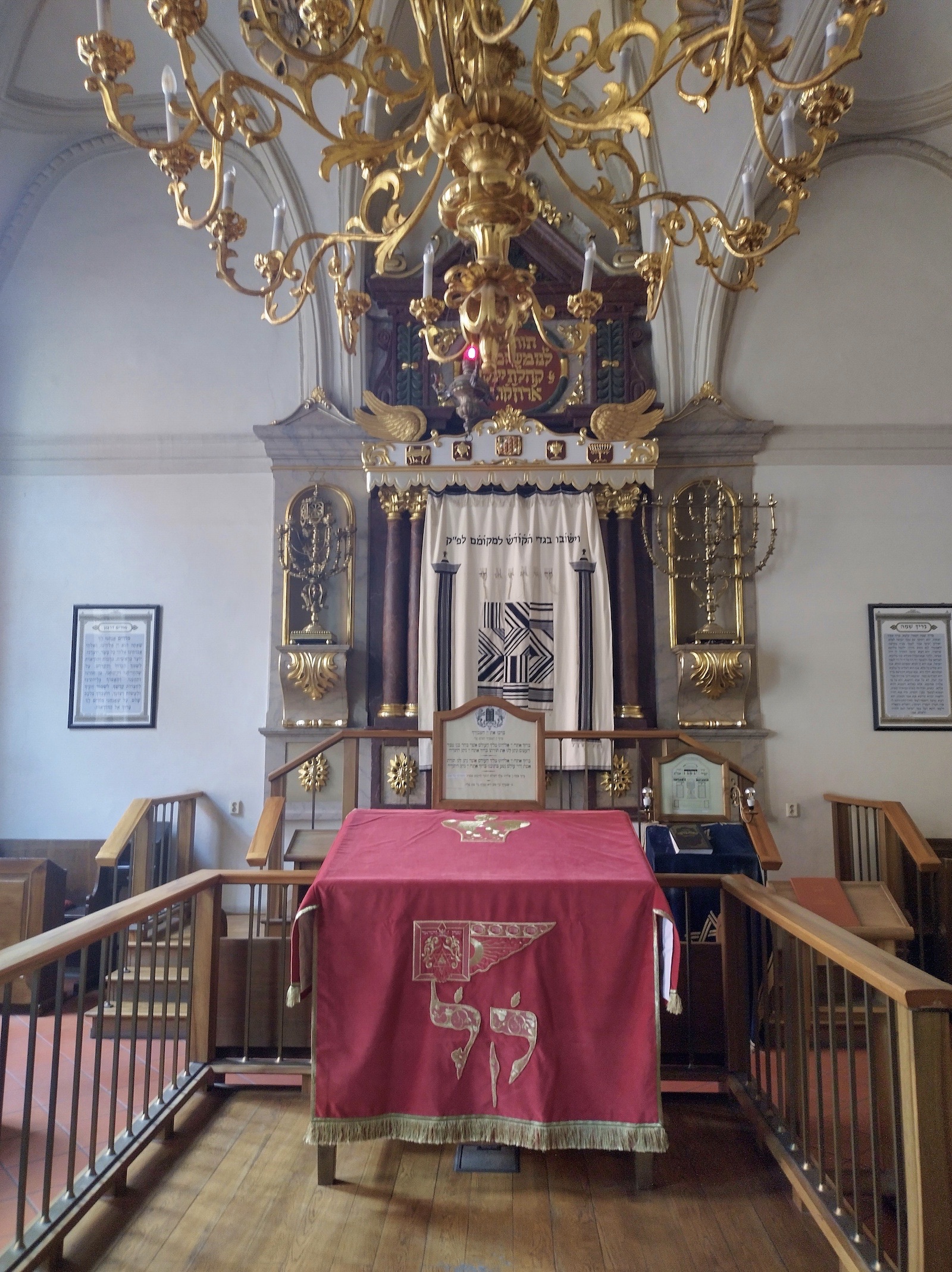 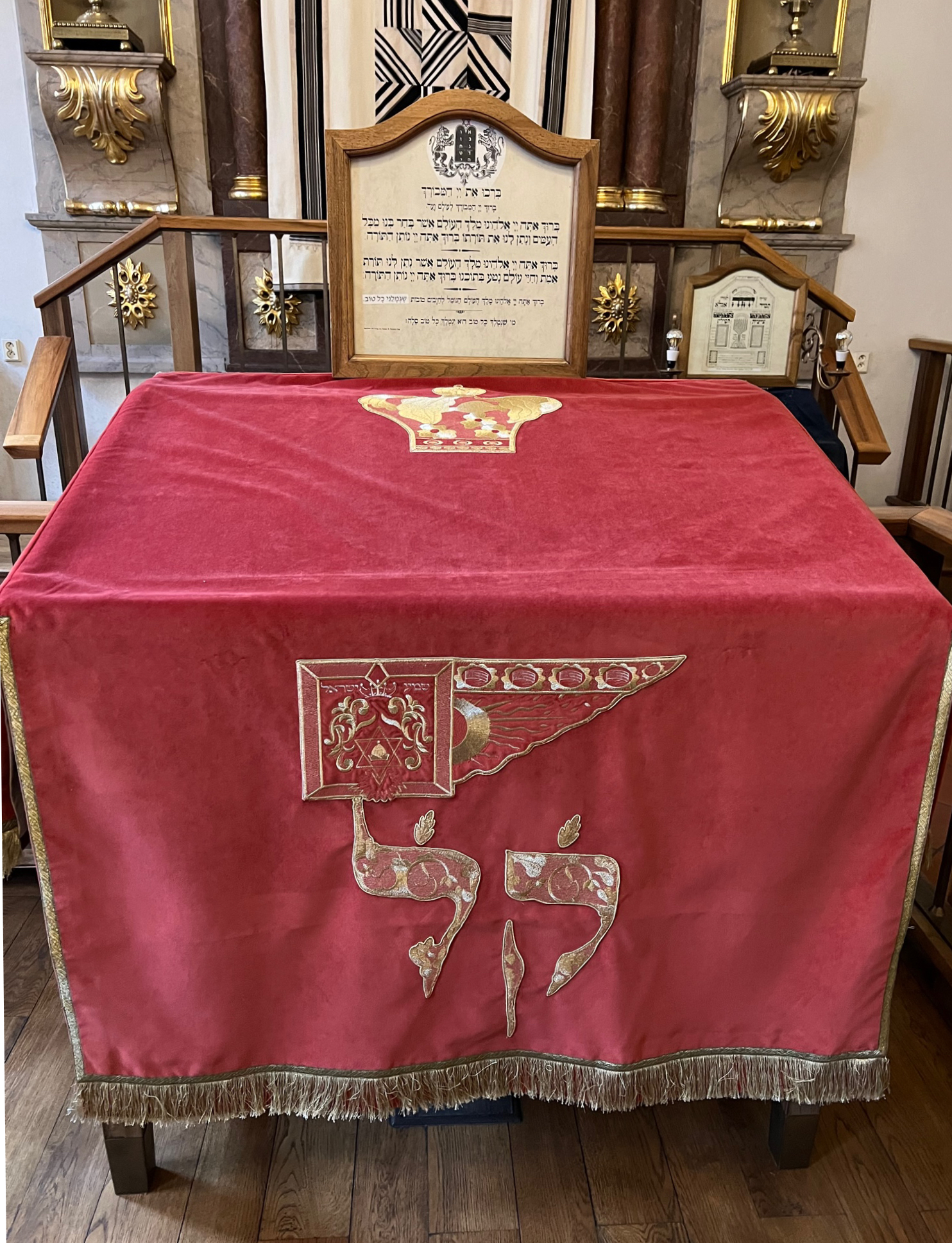 Prague’s High Synagogue was completed in 1568 as a private synagogue for the rabbinical court and the Jewish council. It's called the High Synagogue because of its position on the first floor of the Jewish Town Hall rather than the ground floor. The synagogue was probably modelled after Krakow’s High Synagogue built in 1556. Podwal designed a Pompeii red Torah reading desk cover embroidered with the Hebrew letters Kuf Lamed for “Holiness to the Lord” along with the seventeenth-century flag of the Prague Jewish Community. 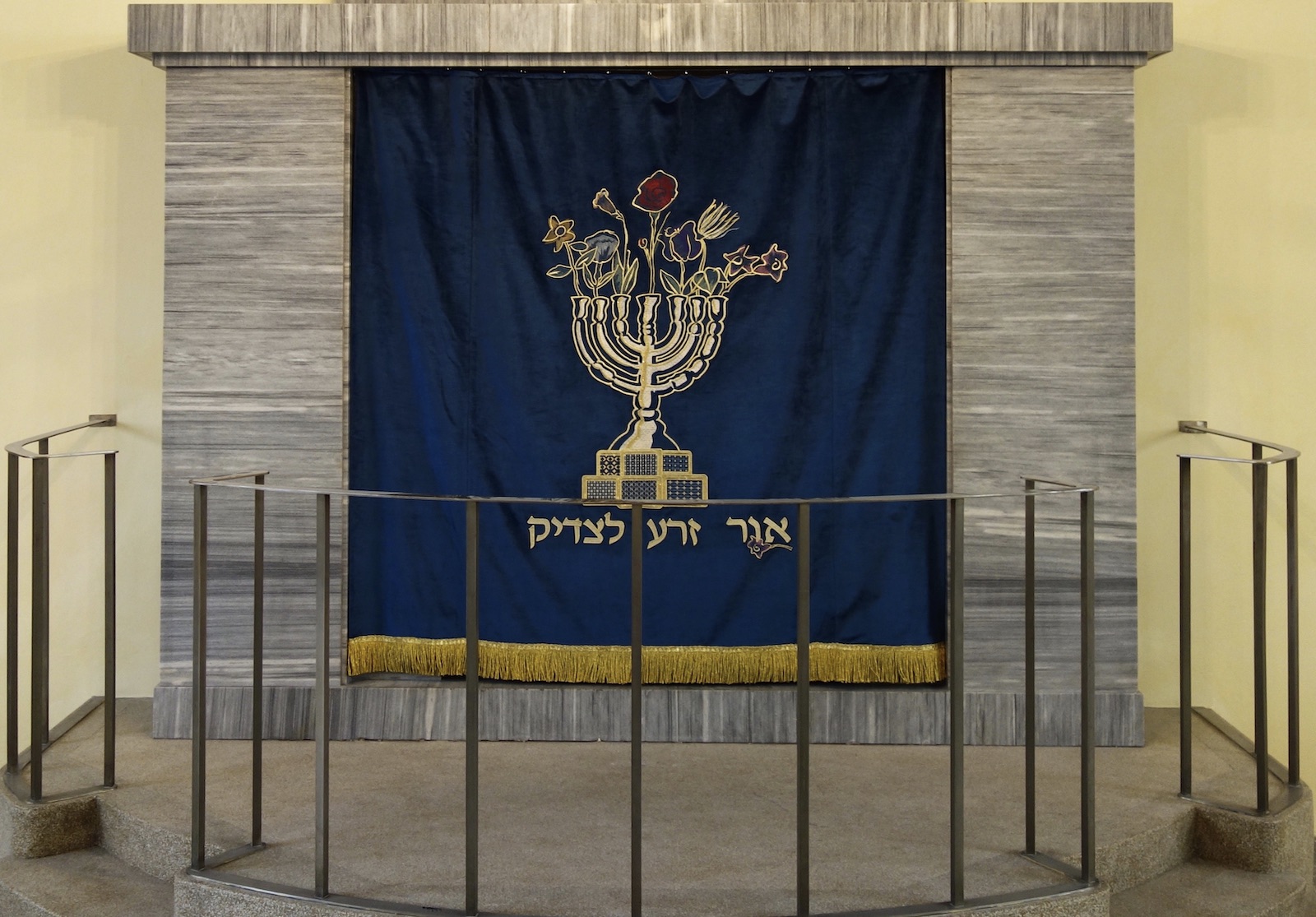 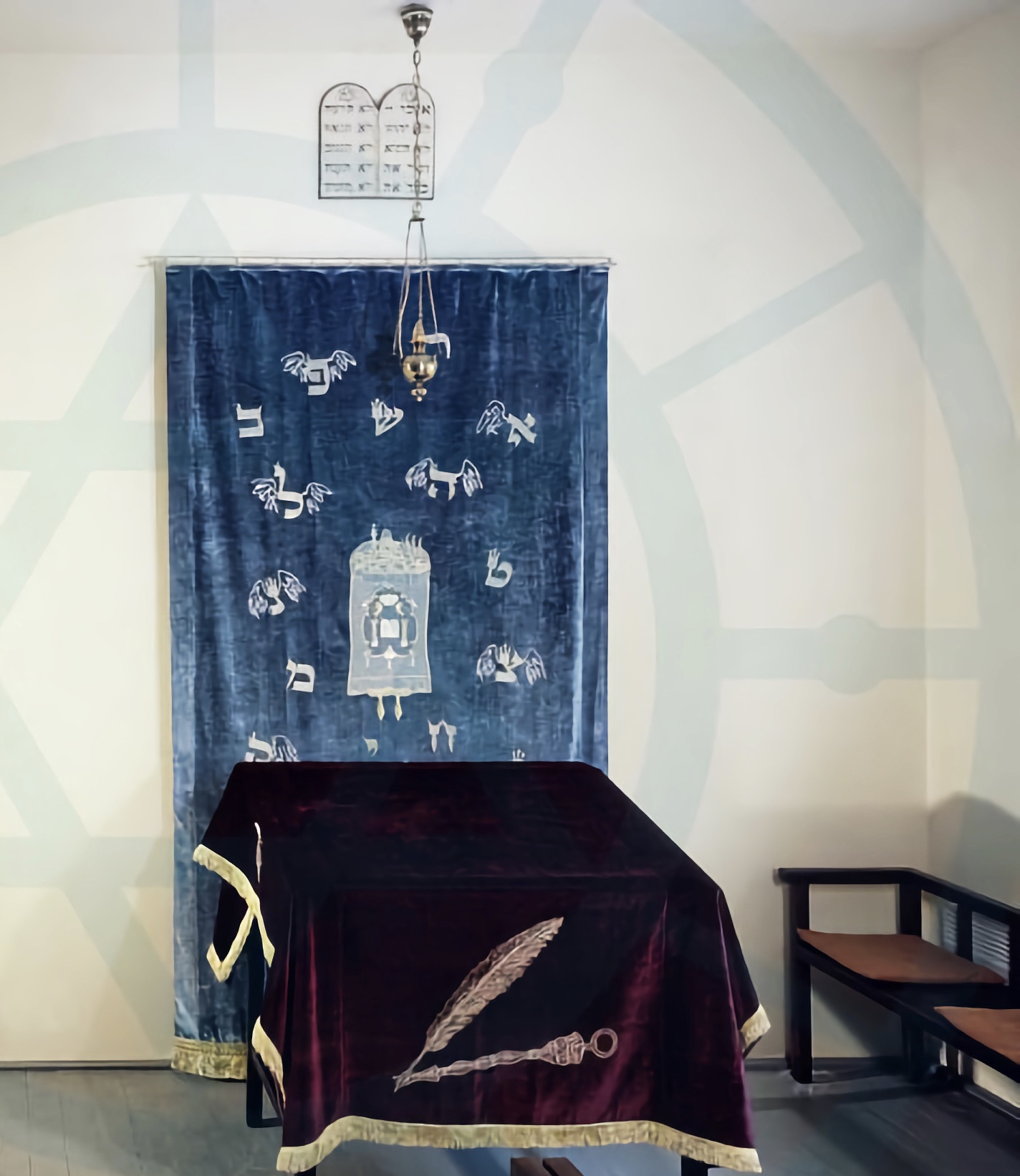 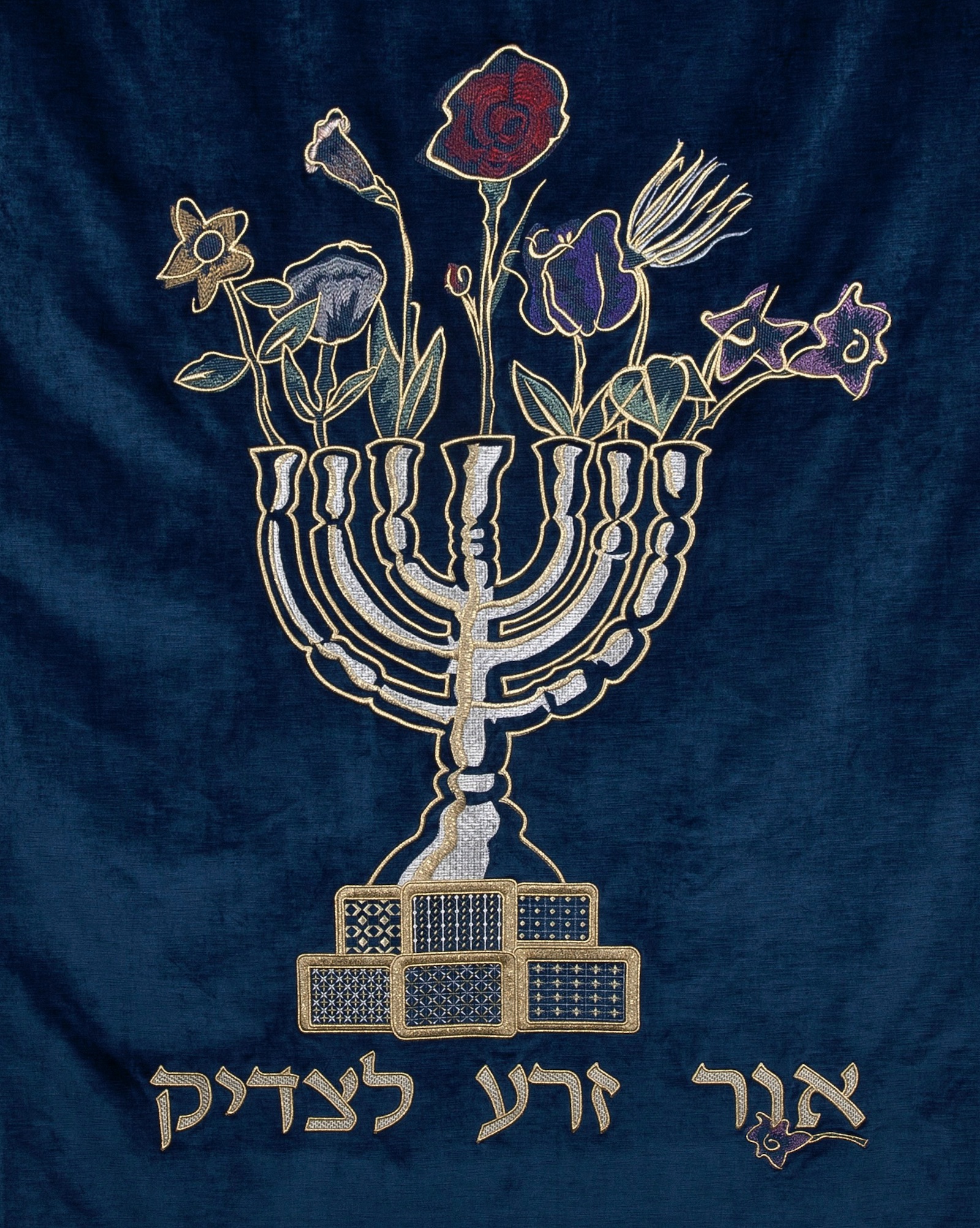 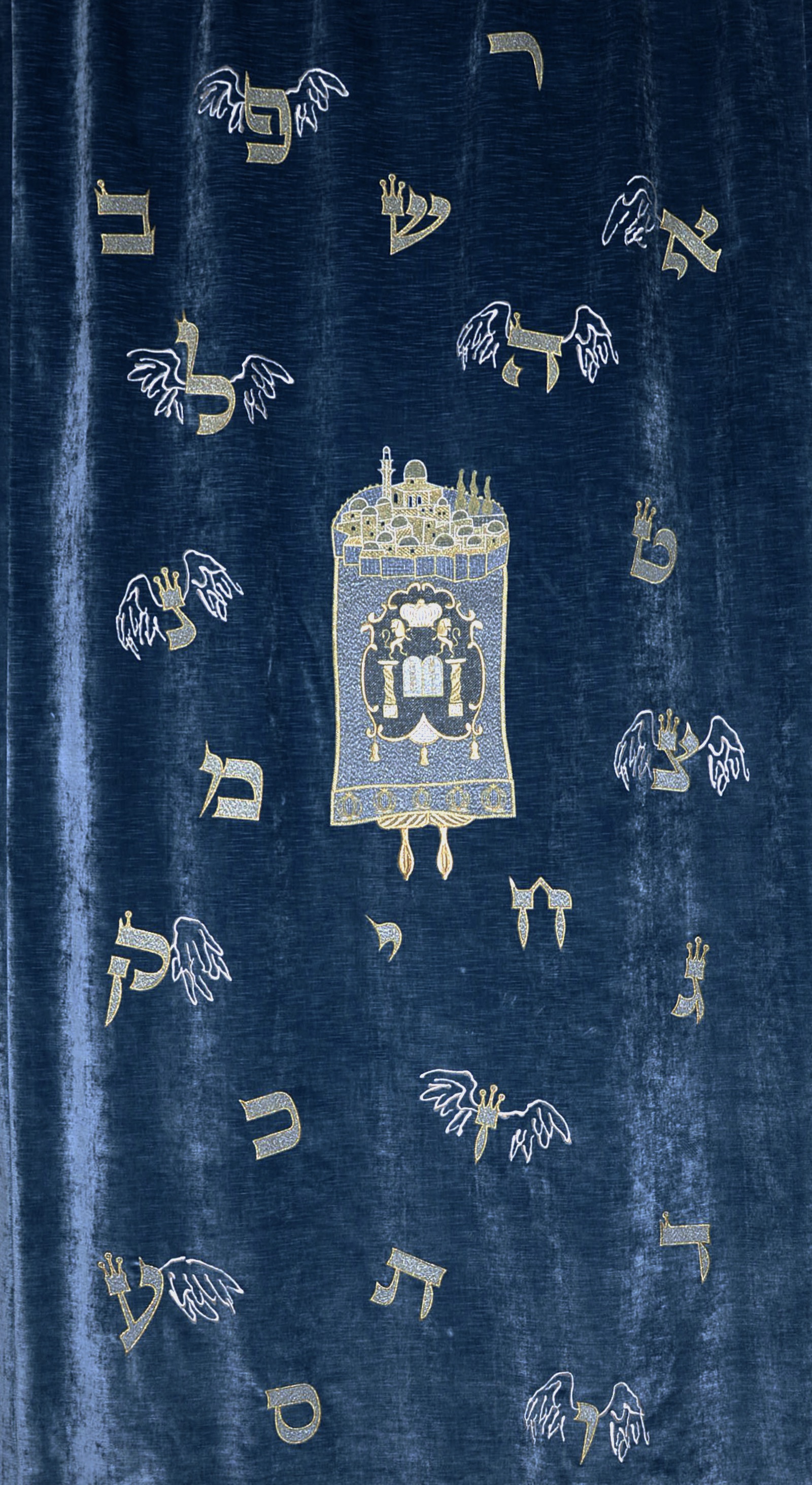 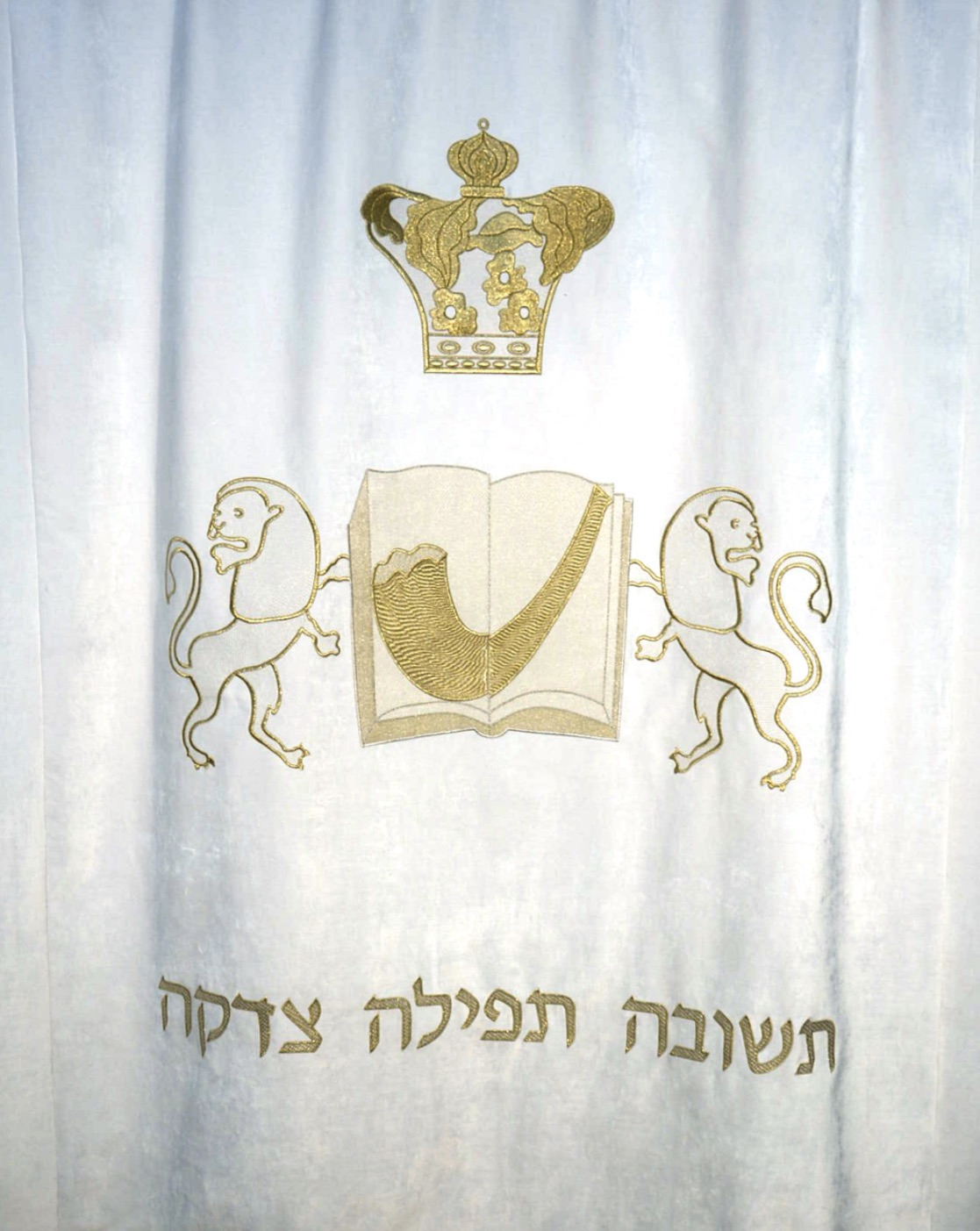 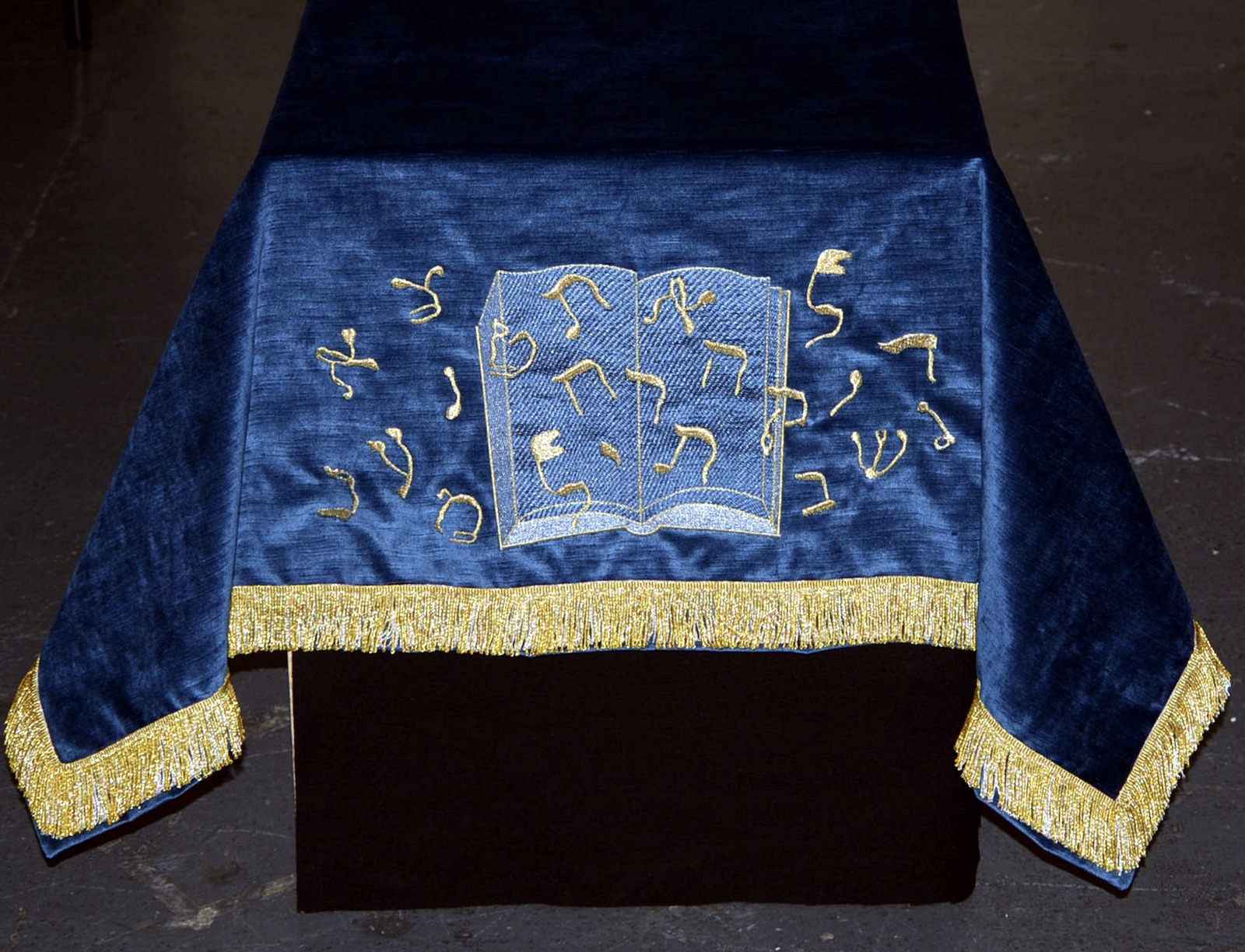 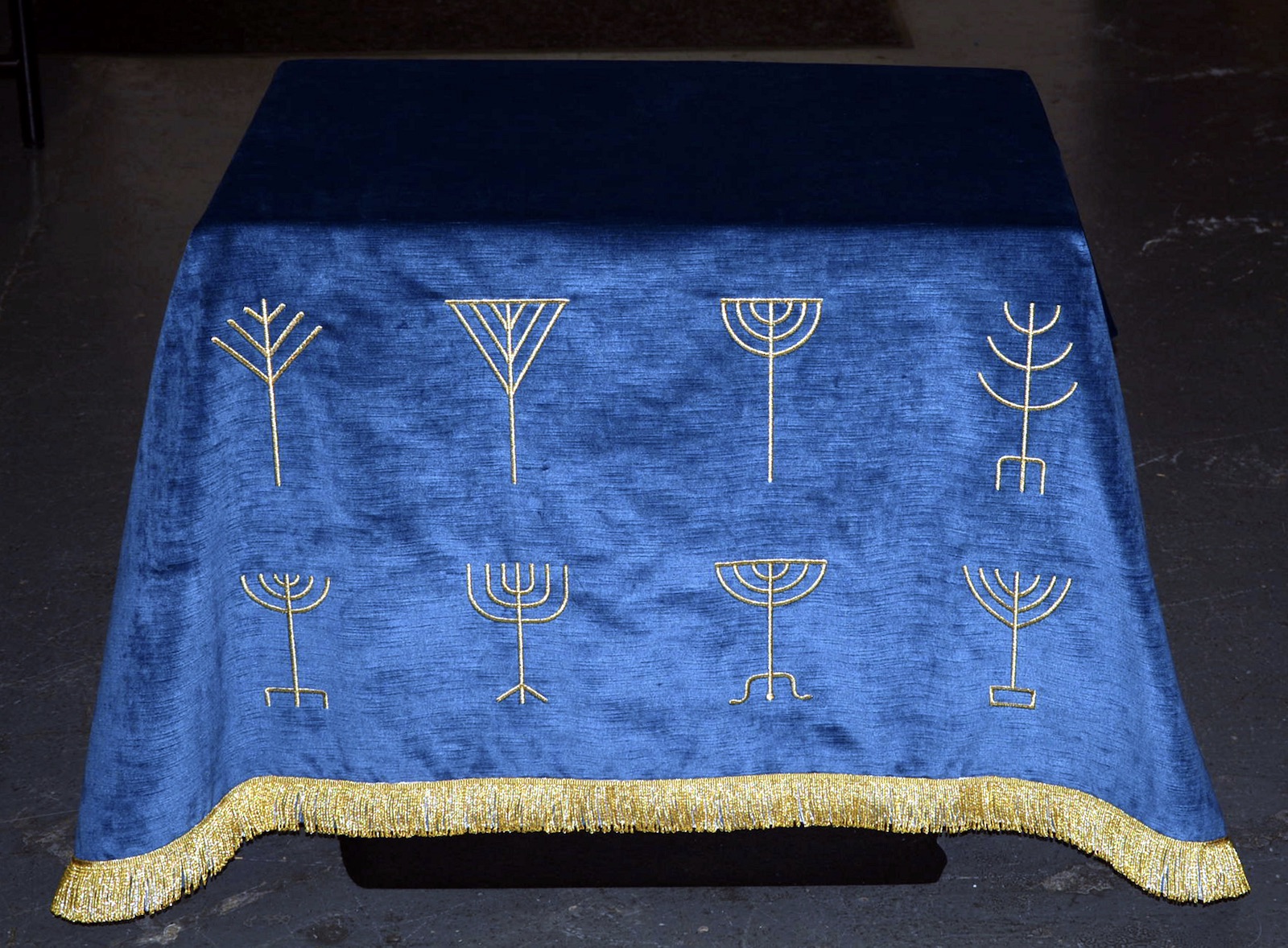 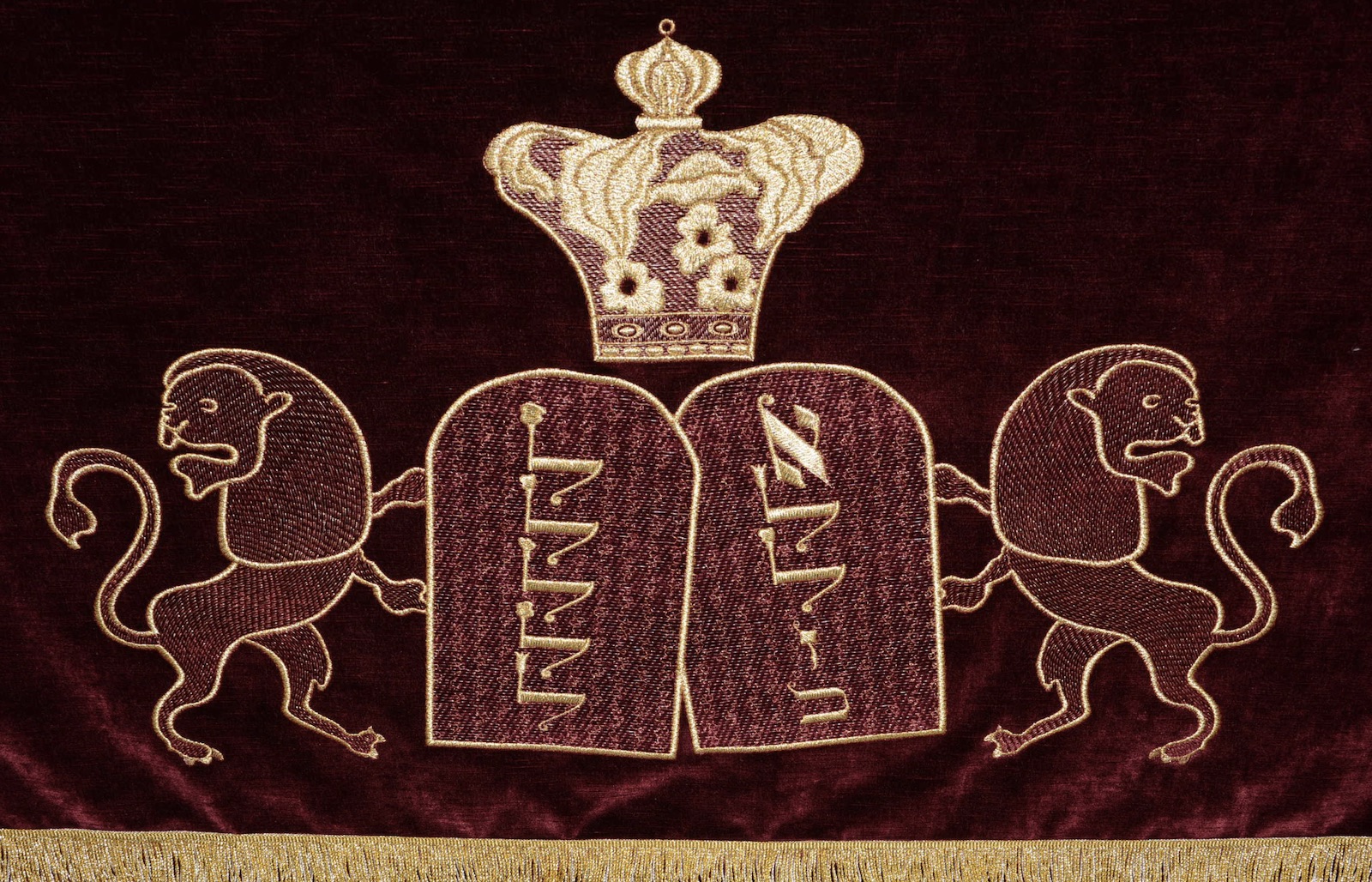 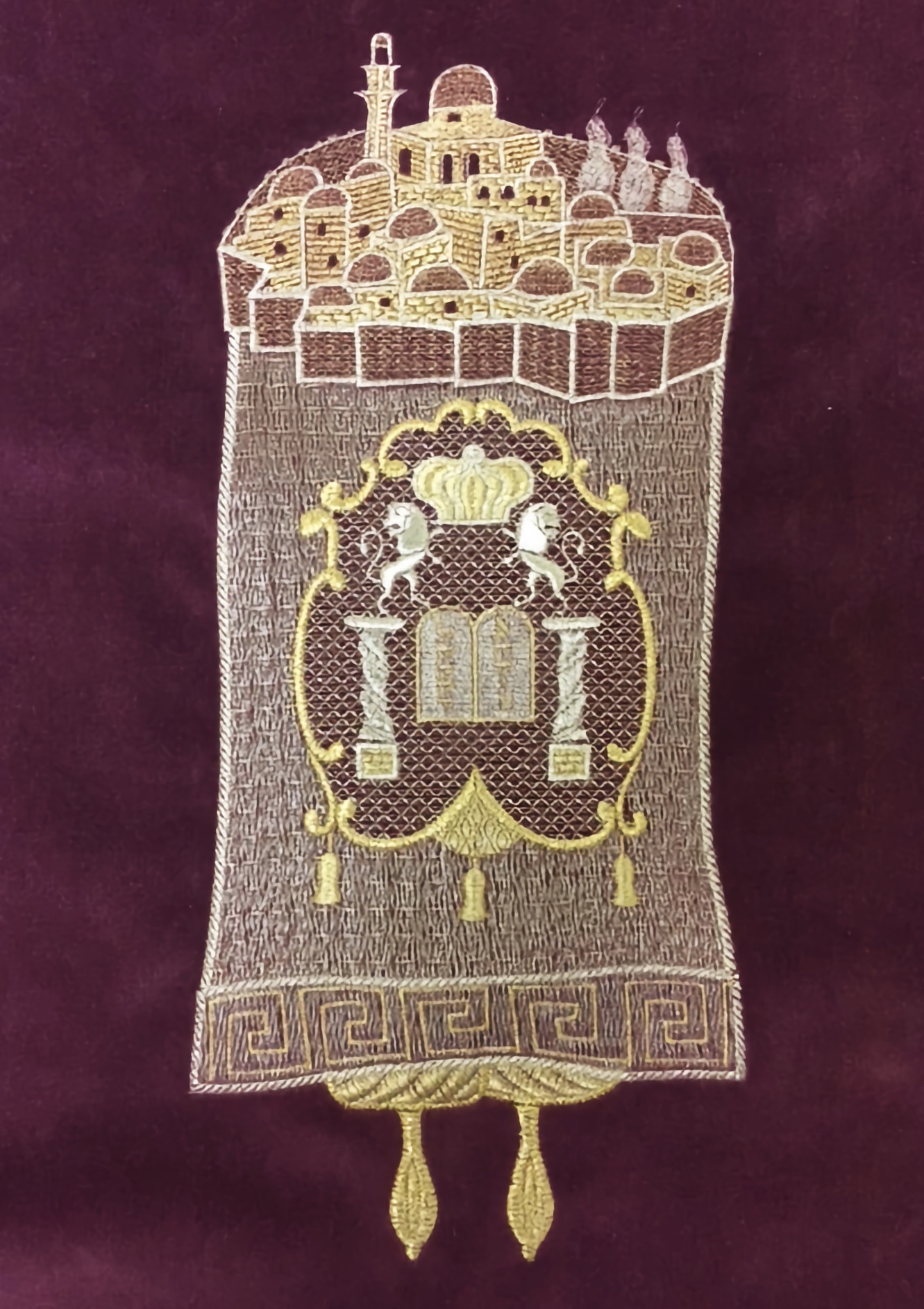 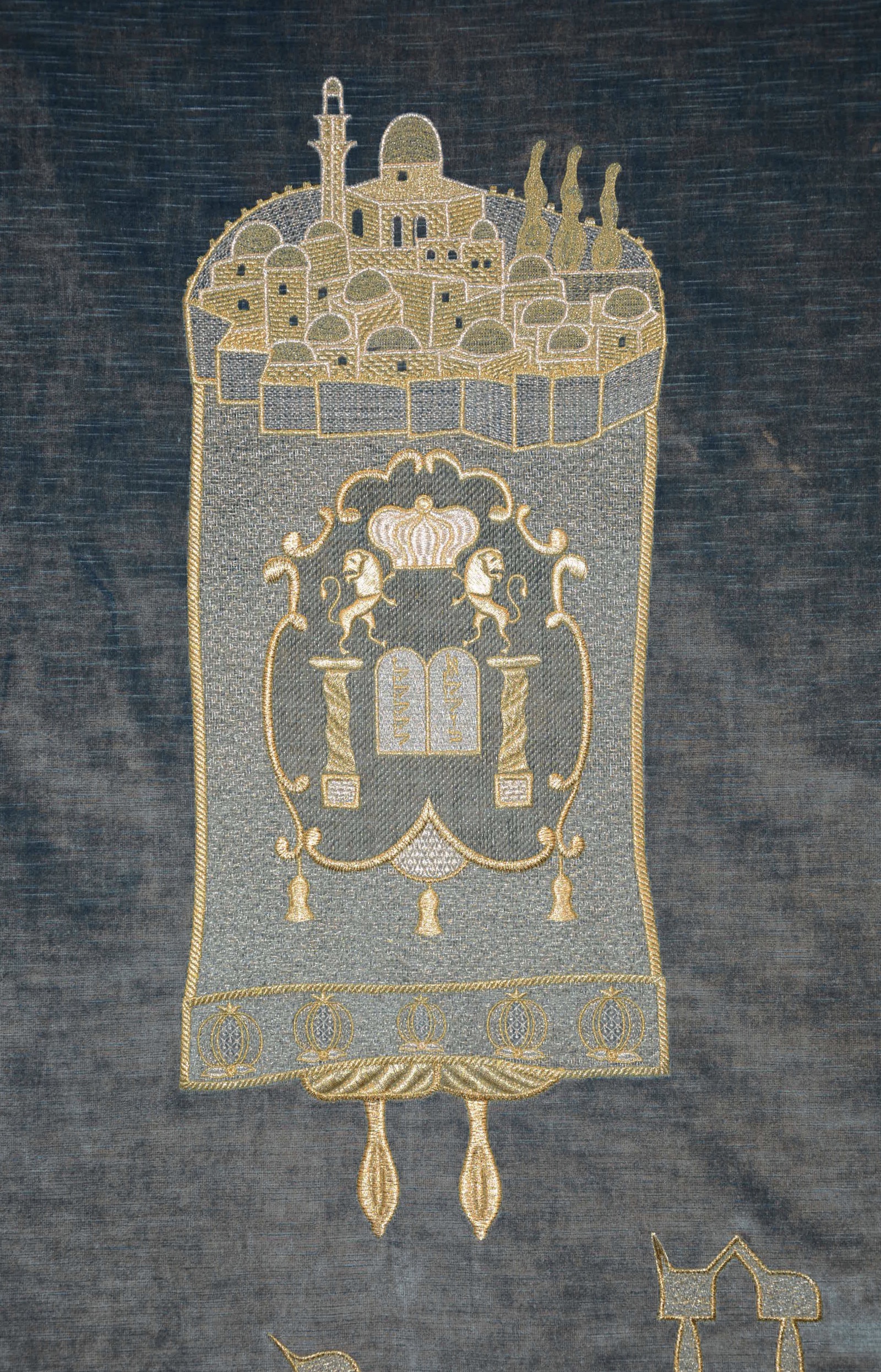 The Agudas Achim synagogue in Brno, built in the 1930s, is an example of modern functionalistic architecture. During World War II, the synagogue was used as a warehouse, which resulted in considerable damage. After the war, it was reconsecrated but the property had not gone through any major structural modifications and fell into disrepair. In 2014 a major restoration project’s objective was to return the interior to its original condition. The renewed synagogue will serve not only its religious purposes - it will be open for the general public as well. Cultural events, concerts, exhibitions and educational workshops will focus on the regional Jewish legacy. Podwal was commissioned to design all of the synagogue’s new textiles. 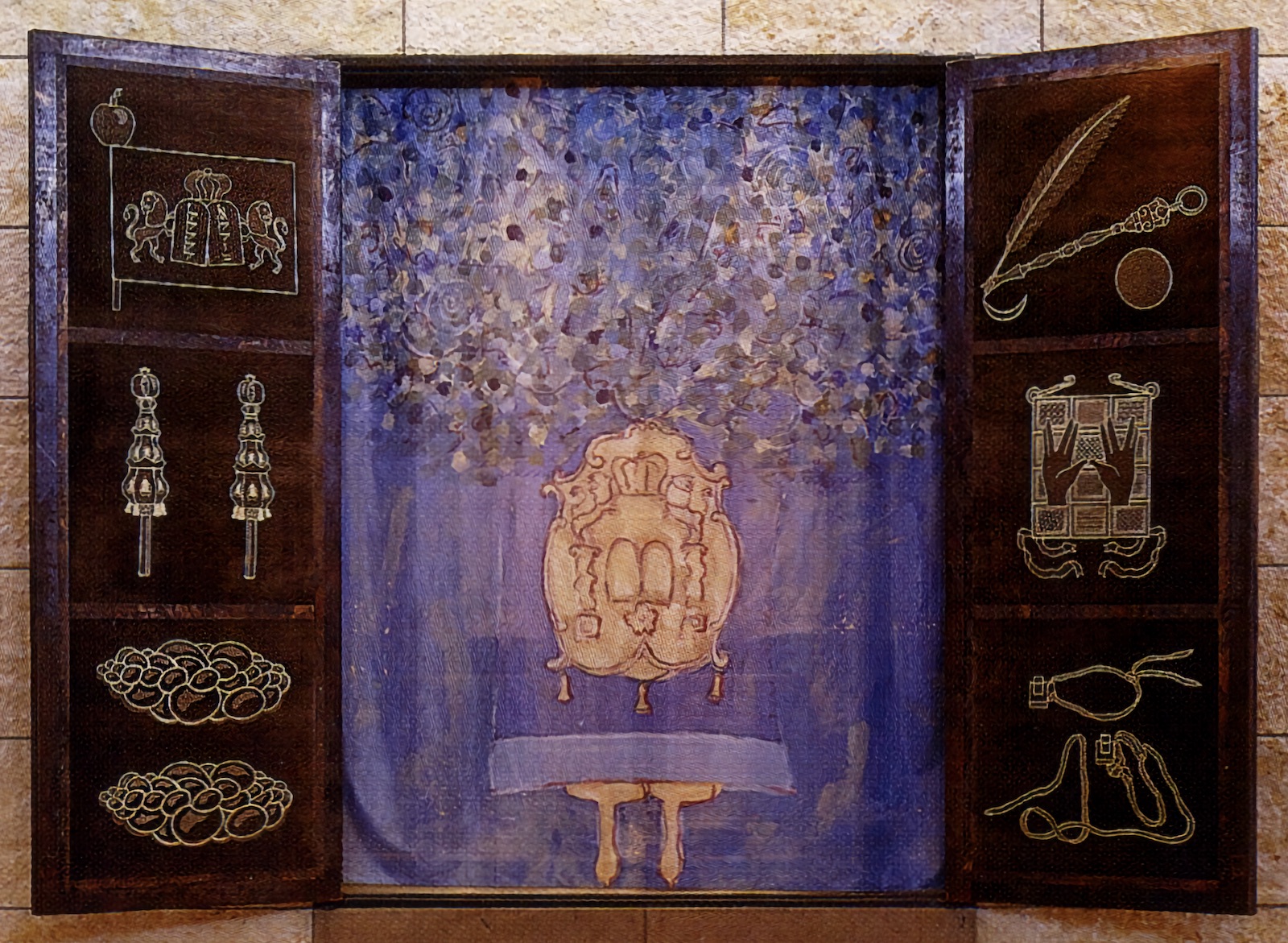 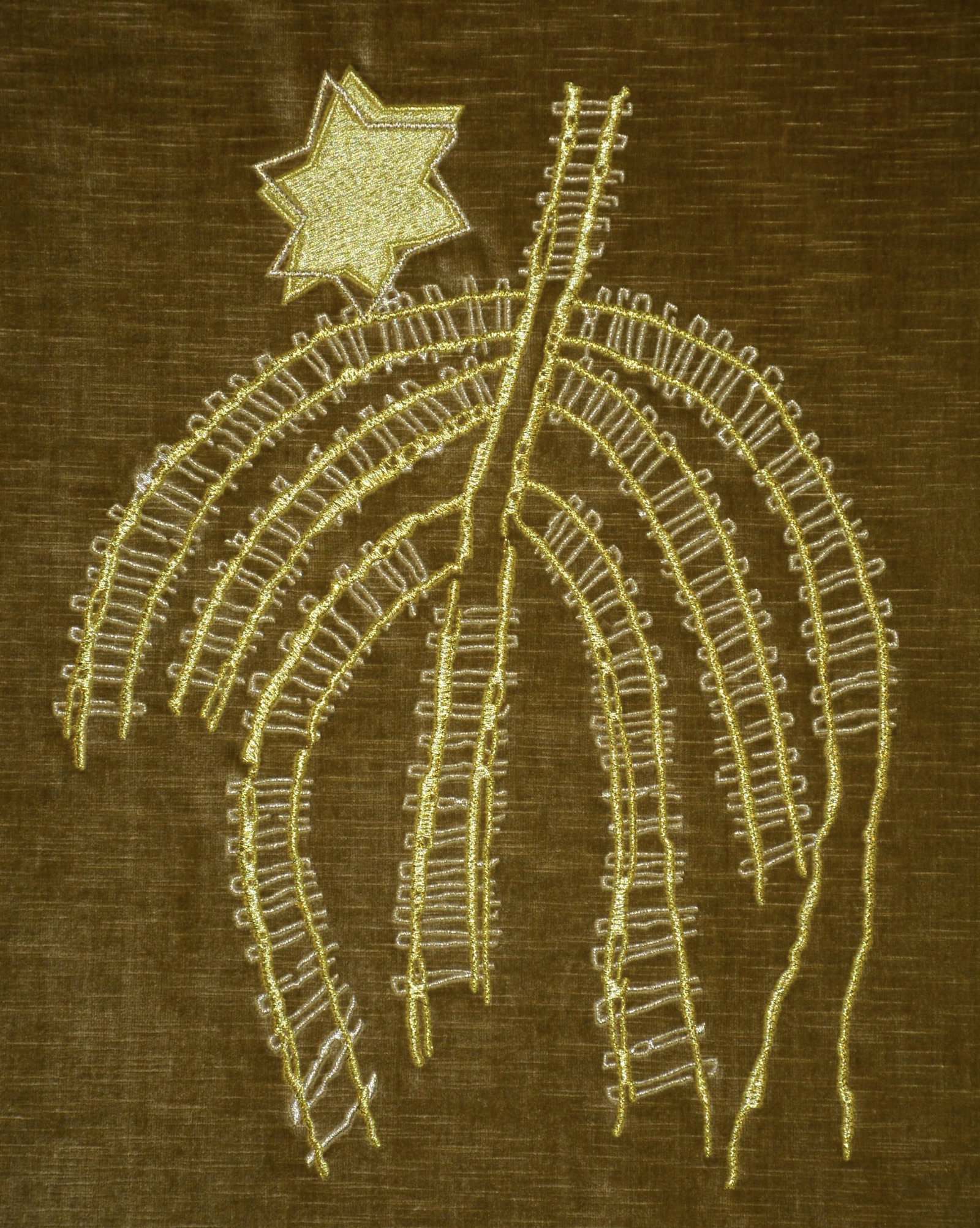 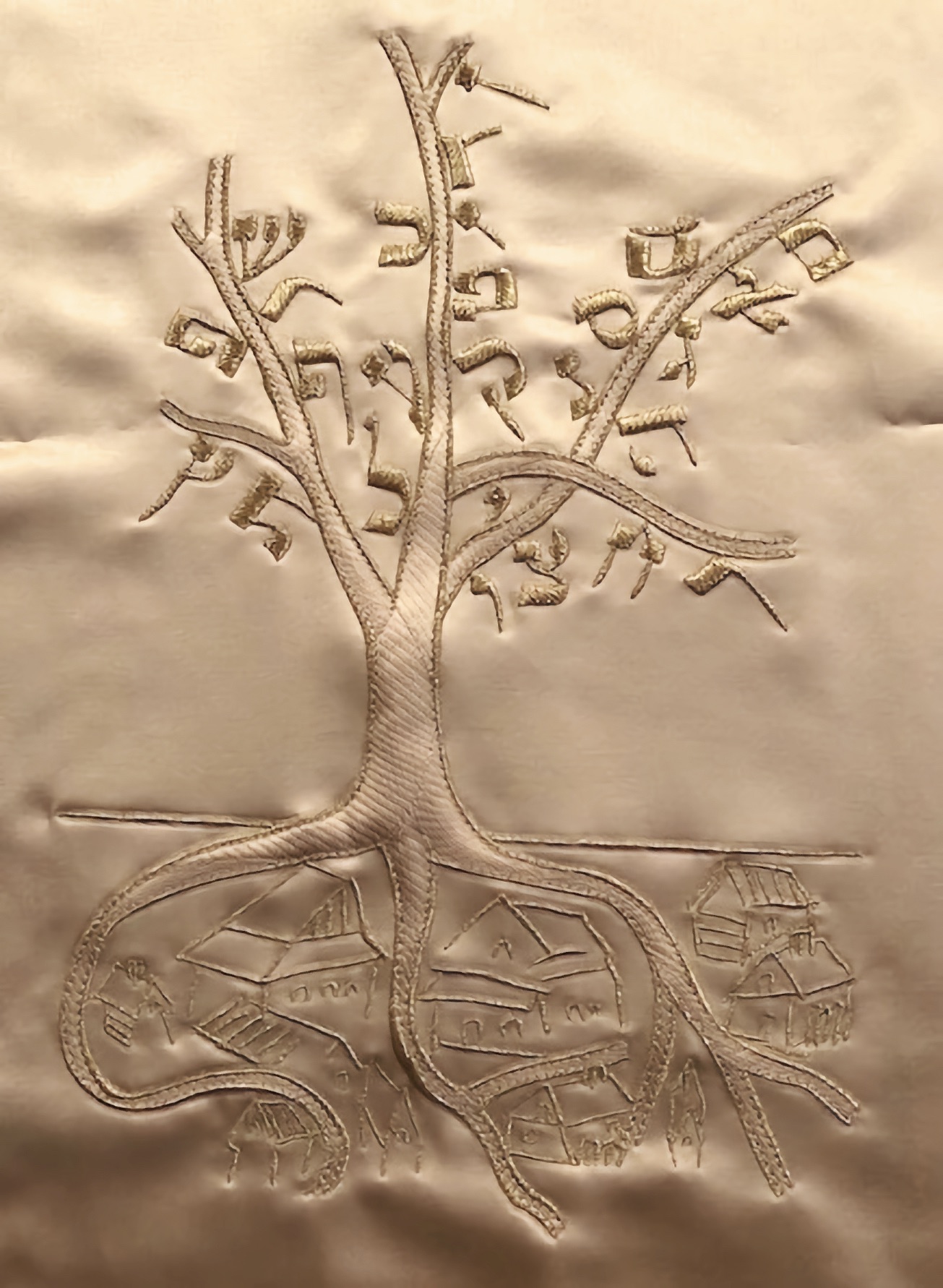 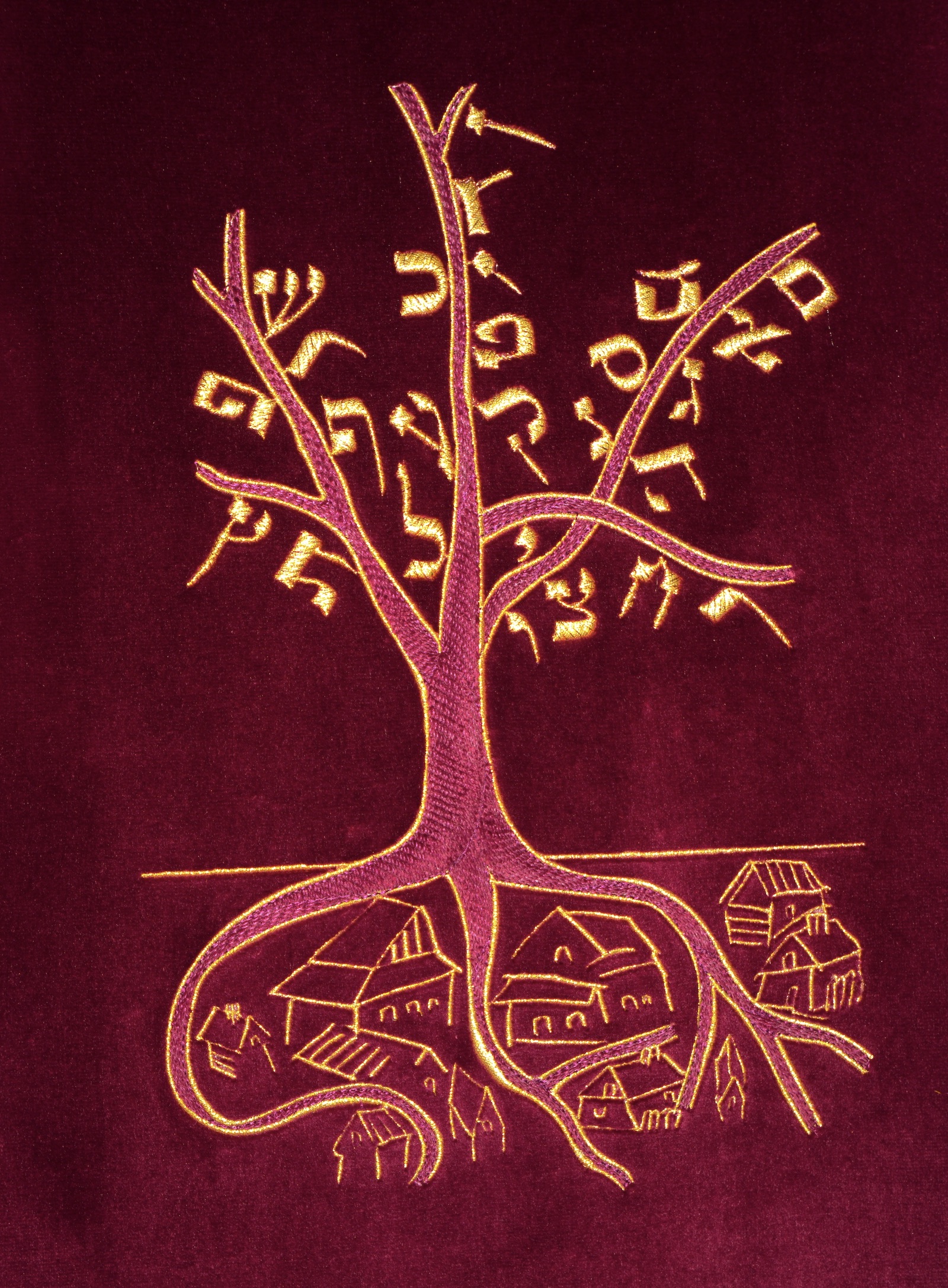 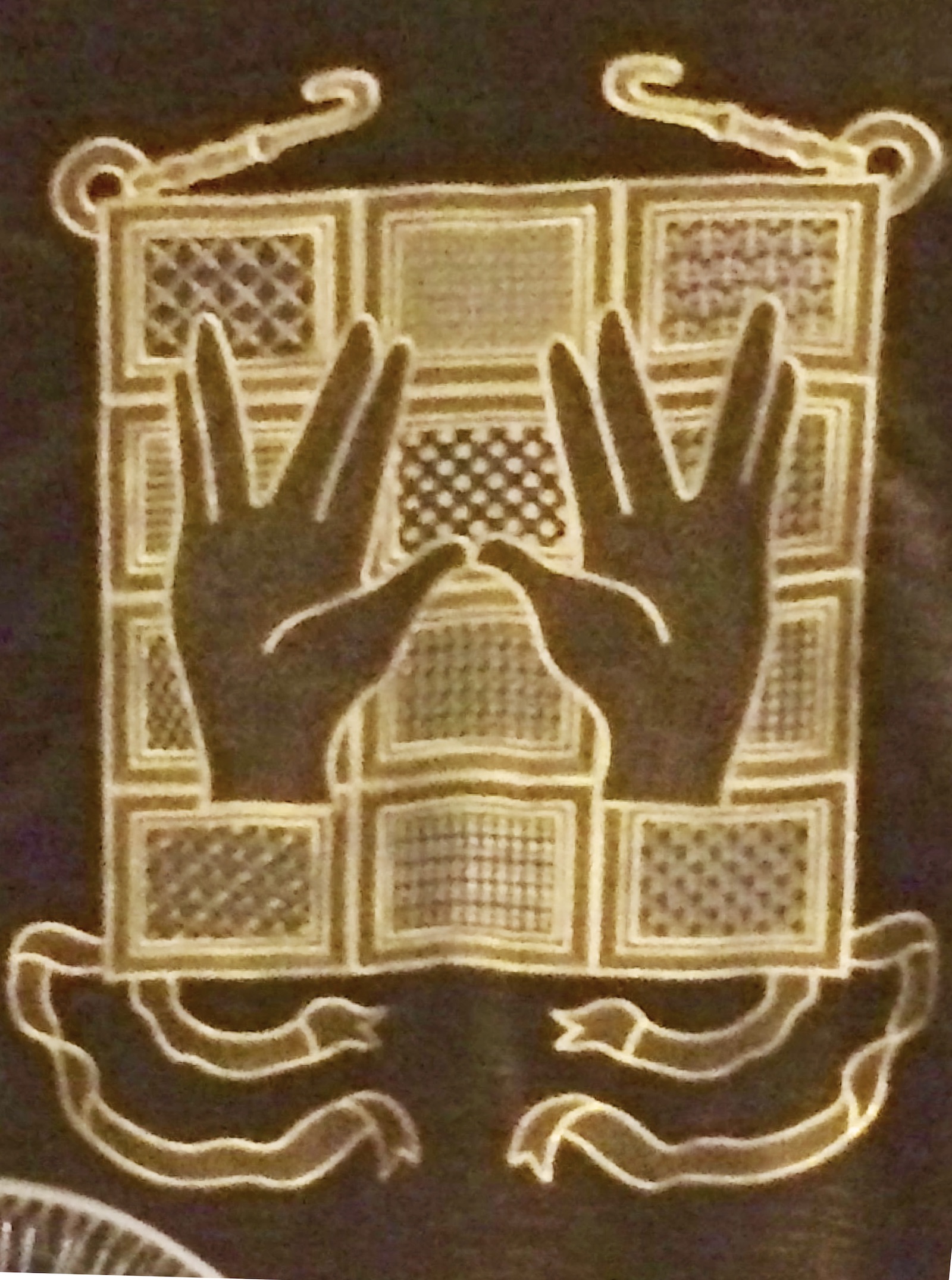 The images embroidered on the Torah ark’s pair of interior doors are based on a verse from Song of Songs Rabbah: "All that which I created, I created in pairs: Heaven and Earth a pair, the sun and moon a pair, Adam and Eve a pair." Depicted are the sun and moon, a pair of rimmonim, a pair of tefillin, a pair of hands configuring the priestly blessing, a pair of challot, and the two tablets of the Ten Commandments flanked by a pair of lions. The parochet, the curtain for theTorah ark, is adorned with a painting of a Tree of Life with a Torah scroll as the trunk. The Kabbalistic tree diagram portraying the ten sefirot, or attributes of God, appears among the leaves. The images on the seven Torah mantles each represent a Jewish festival or Day of Remembrance. The design for a Torah saved from the Holocaust is an inverted menorah formed from railroad tracks alongside a yellow Star of David, which Jews throughout Nazi-occupied Europe were forced to wear as a means of identification. 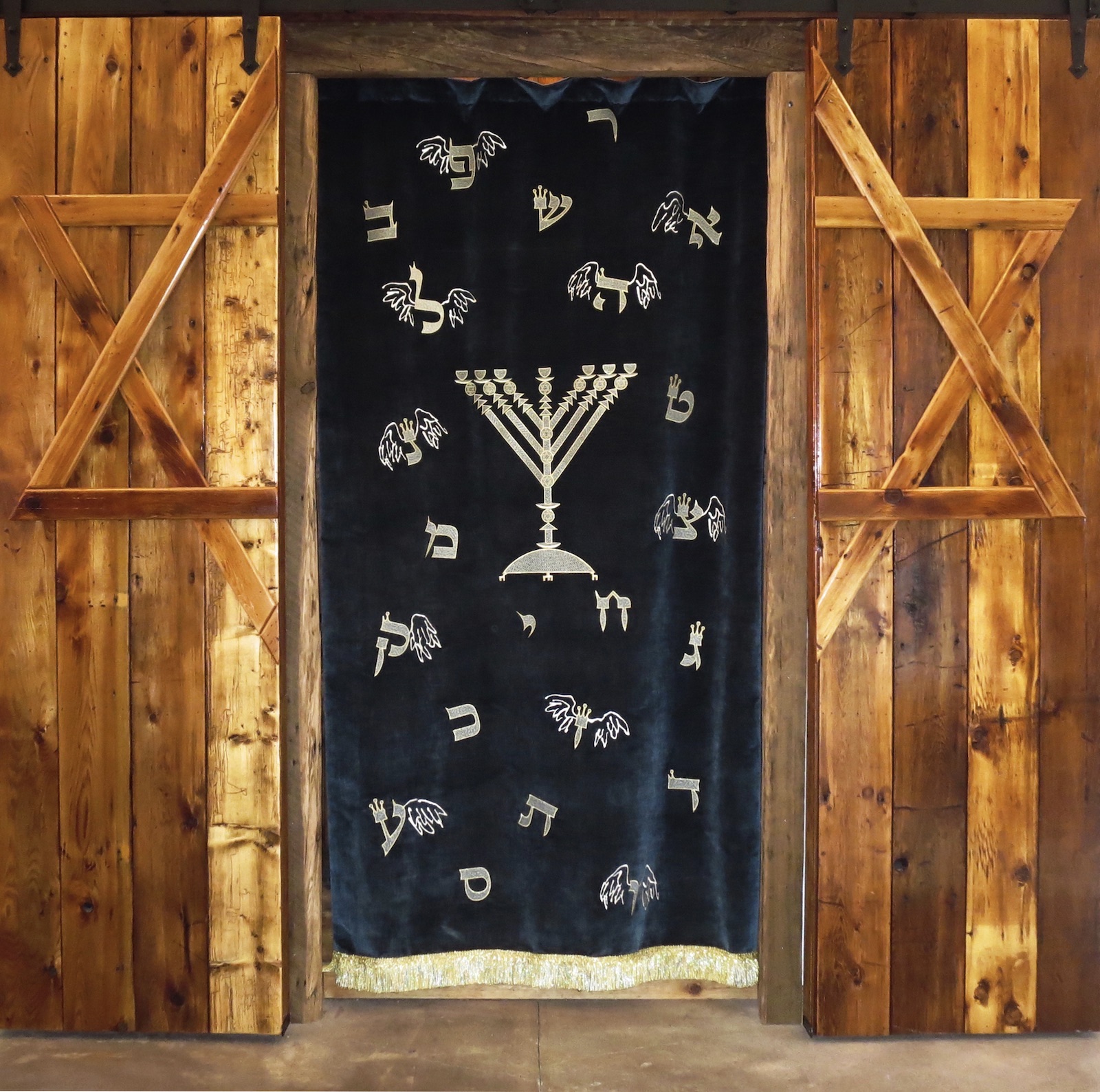 Rhinebeck Jewish Center was constructed with recycled wood salvaged from an existing barn. Coupled with green technology, such as rainwater collection and passive heating and cooling, the new building, designed by Yeshaya Shor, is a green place of prayer. Podwal’s parochet design features a menorah surrounded by the twenty-two letters of the Hebrew alphabet. Generally, the menorah’s branches are depicted as semi-circular. Nevertheless, Rashi in his commentary to the Torah, explicitly writes that the branches “extended upward in a diagonal.” The very Hebrew word, which the Torah uses to describe the branches, ohbe, implies a straight line. 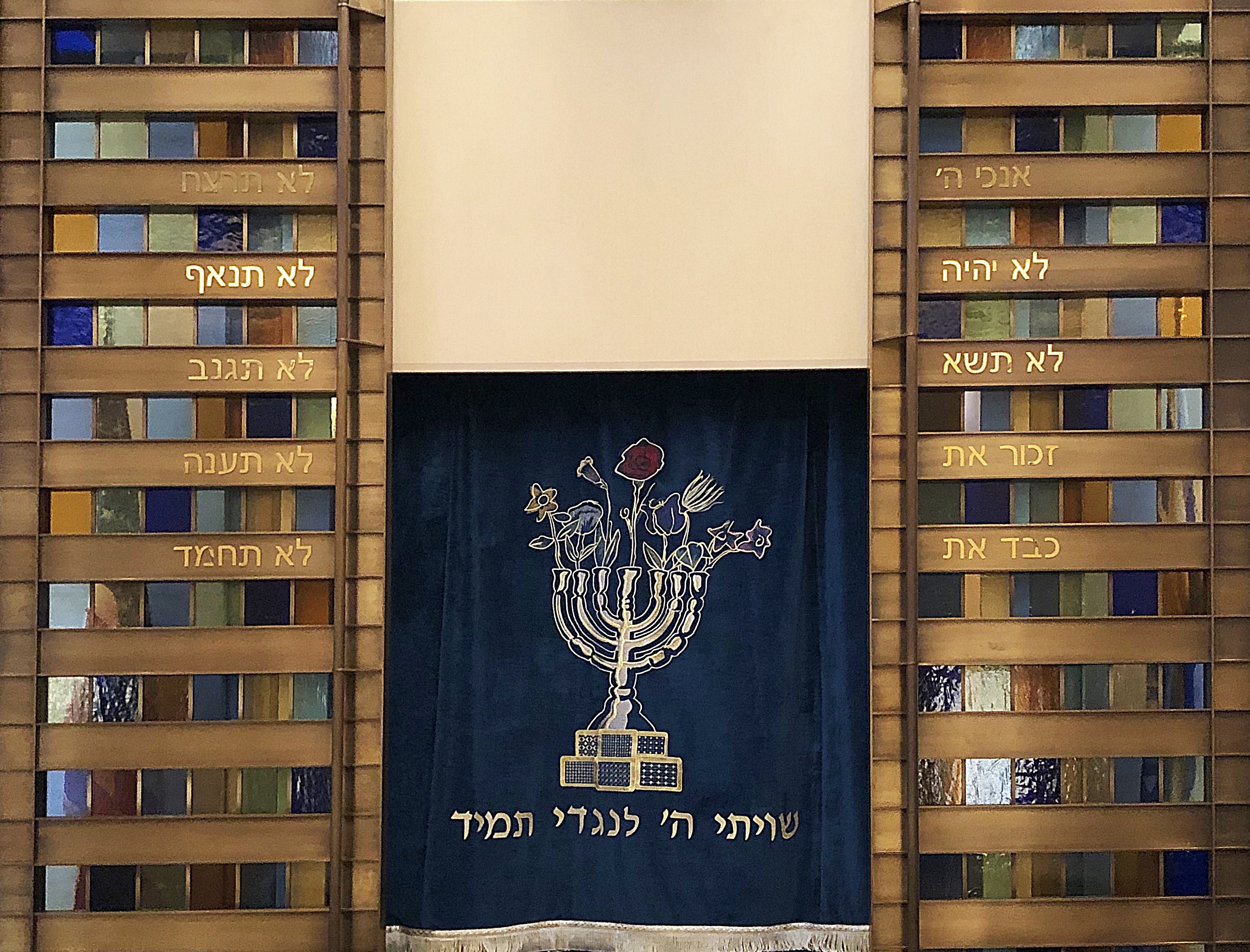 Chella Safra commissioned Podwal to create a parochet for the Ohel Moshe Synagogue in the Moise Safra Center in Manhattan. She had seen the parochet he had designed for the renovated Brno synagogue in the Czech Republic and requested the same image with a different Hebrew verse.