The Samartians: A Biblical People

Much of Podwal’s art entails composing visual metaphors by juxtaposing traditional iconography with contemporary imagery. In selecting the compositions for his four acrylic colored pencil works on paper for the Samaritan exhibition at the Museum of the Bible, familiar Samaritan icons were reimagined. 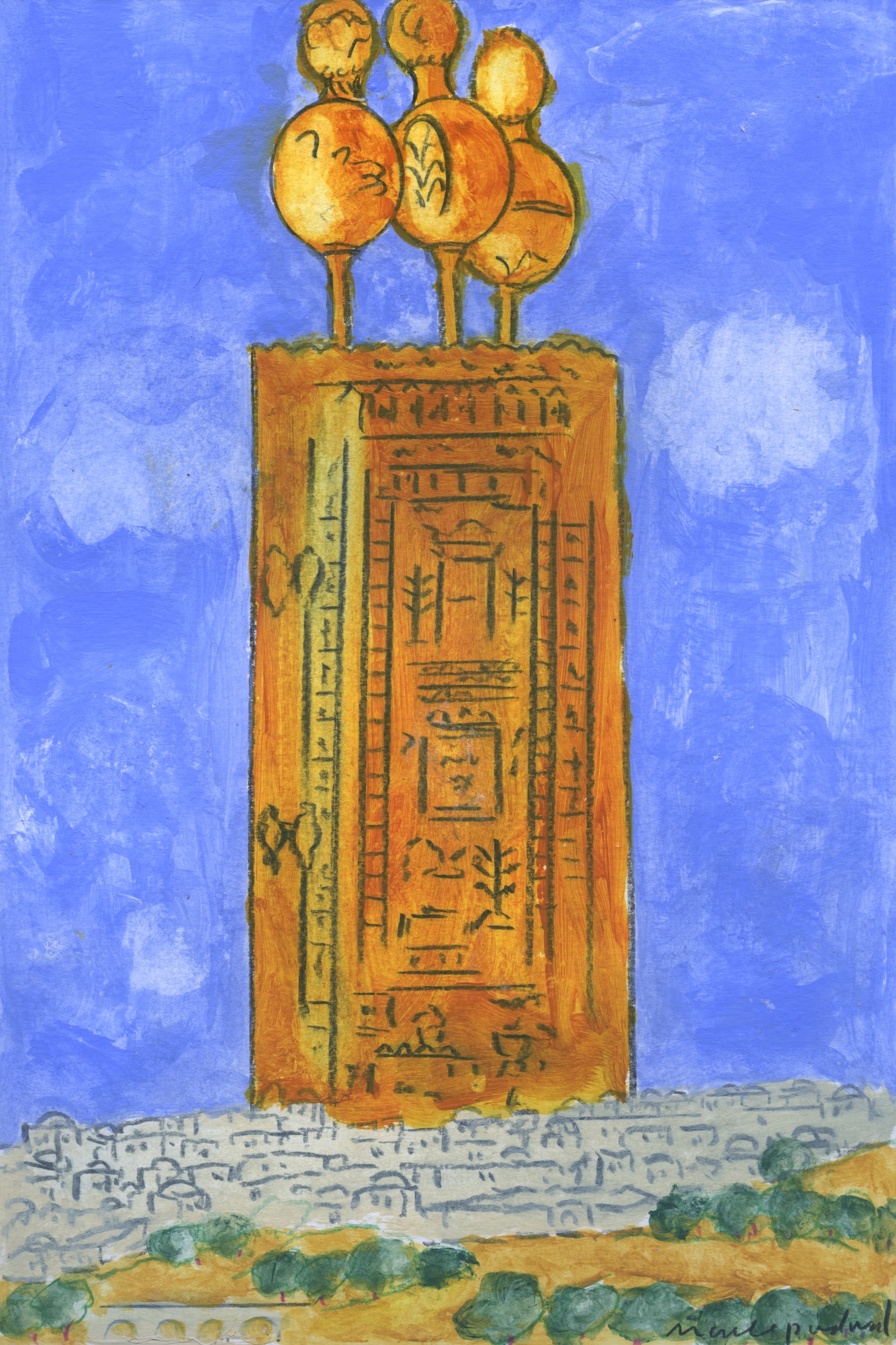 Mount Gerizim is on the outskirts of the city of Nablus, where about half of all Samaritans live. In Samaritan tradition, Mount Gerizim is the oldest and most central mountain in the world, which according to Samaritan belief is the location where Abraham took his son Isaac to be sacrificed. The text of the Samaritan Pentateuch strongly supports the holiness of Mount Gerizim and the Samaritan tradition that Mount Gerizim is God’s chosen location and the rightful place of the Temple. While some say it is Mount Ebal on which an altar was constructed and the writing of the Torah on the stones of the altar parallel the construction of the altar and the writing of the Torah at Mount Sinai. Others say it is not Mount Ebal but Mount Gerazim. Hence, a drawing of a Samaritan Torah symbolizing Mount Gerazim. 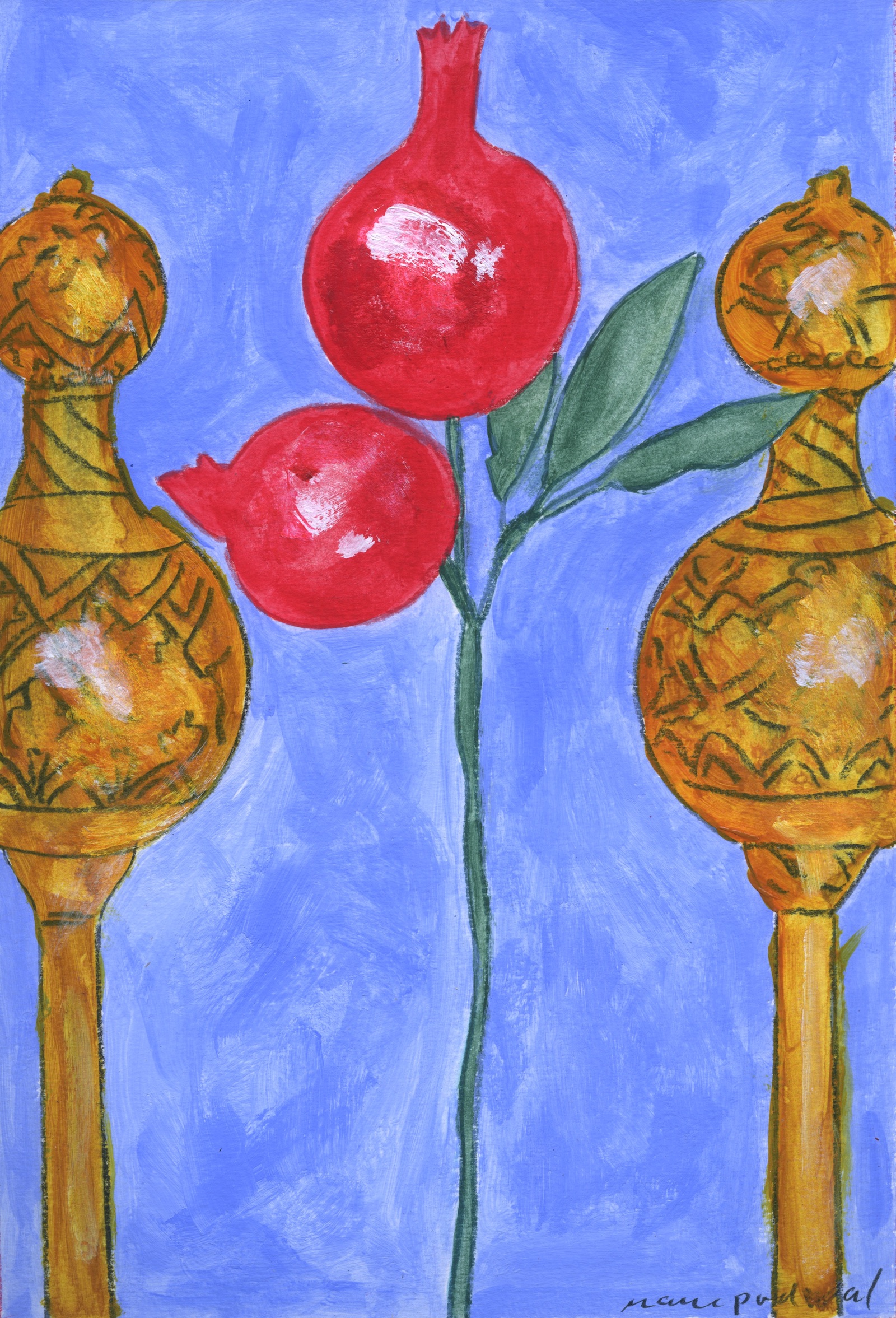 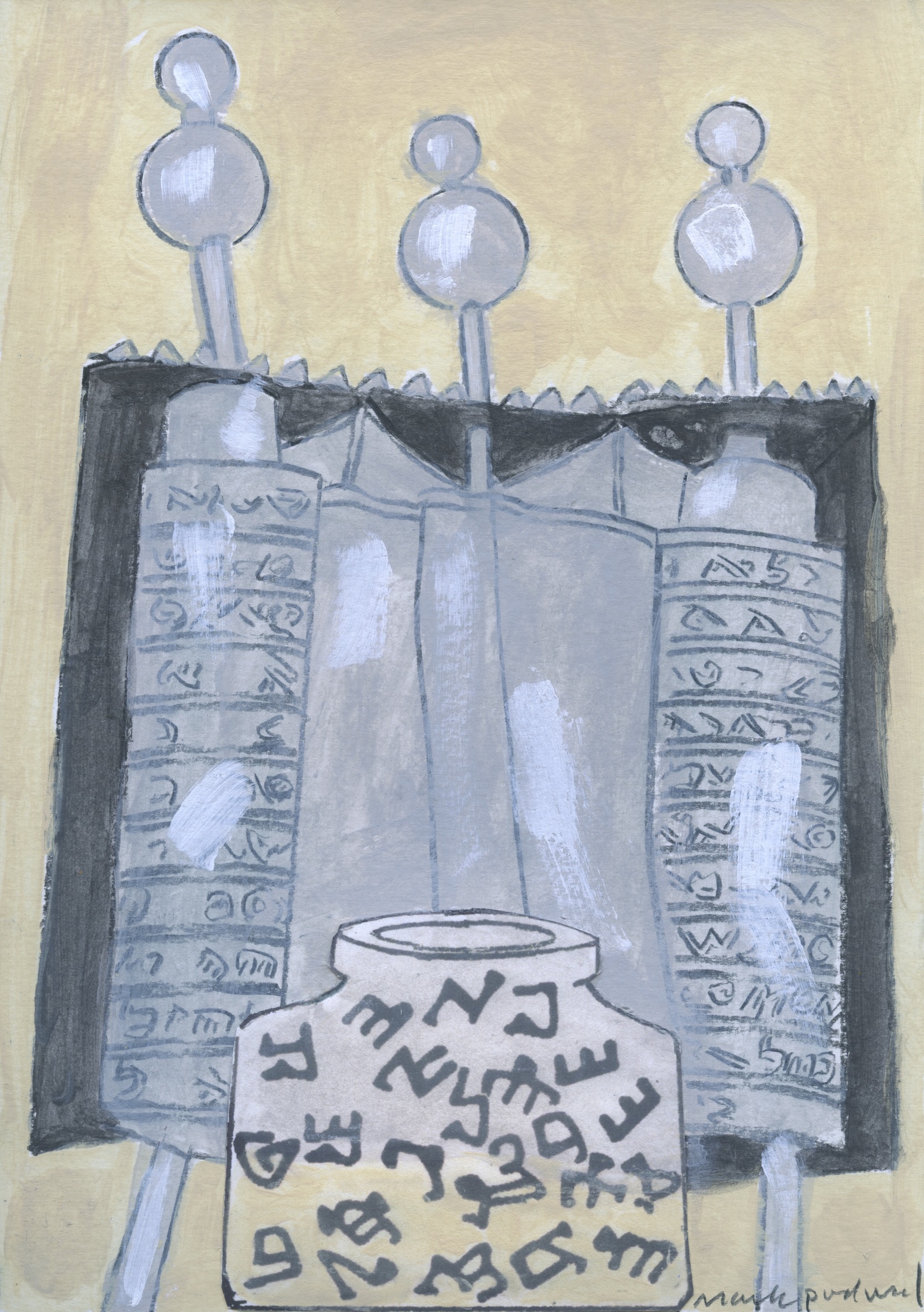 Samaritan Alphabet depicts a blank Samaritan Torah scroll with an inkwell containing the letters of the Samaritan alphabet about to be copied with a quill on to the parchment. 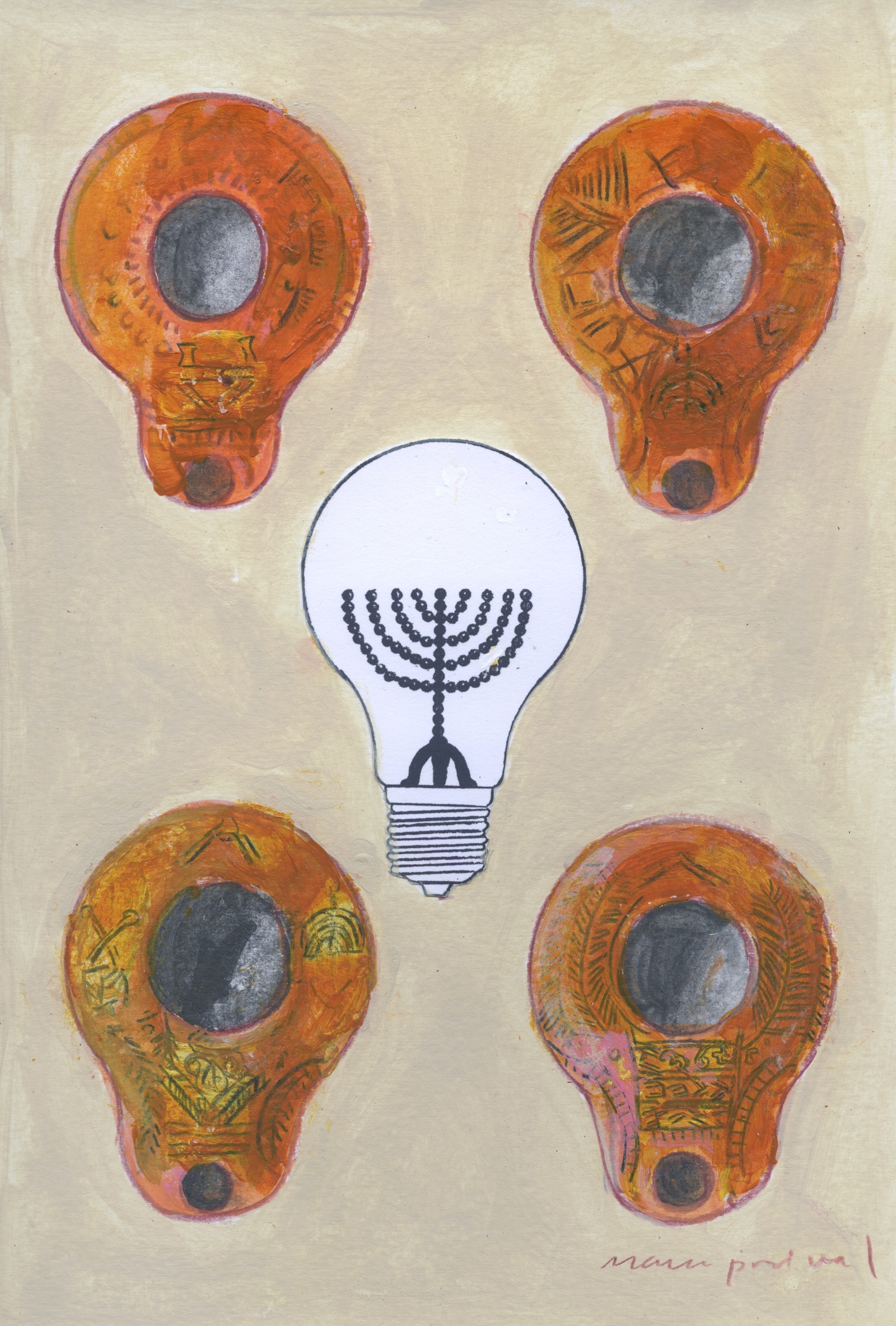 Similar in its outline to Samaritan clay oil lamps, a contemporary electric light bulb with a menorah filament is drawn among the ancient clay lamps.