Although for many years Podwal had wanted to visit Dąbrowa Białostocka, the shtetl in Poland where his mother was born, he never planned on creating a series of artworks about Dąbrowa. Ultimately, an incentive to visit Dąbrowa came from its mayor’s invitation to participate in a conference on the history of the town’s Jews. The visit on May 24, 2016 resulted in a series of drawings in acrylic and colored pencil, completed over the following thirty days. There are eighteen images, a significant number, meaning Chai, or “life” in Hebrew. 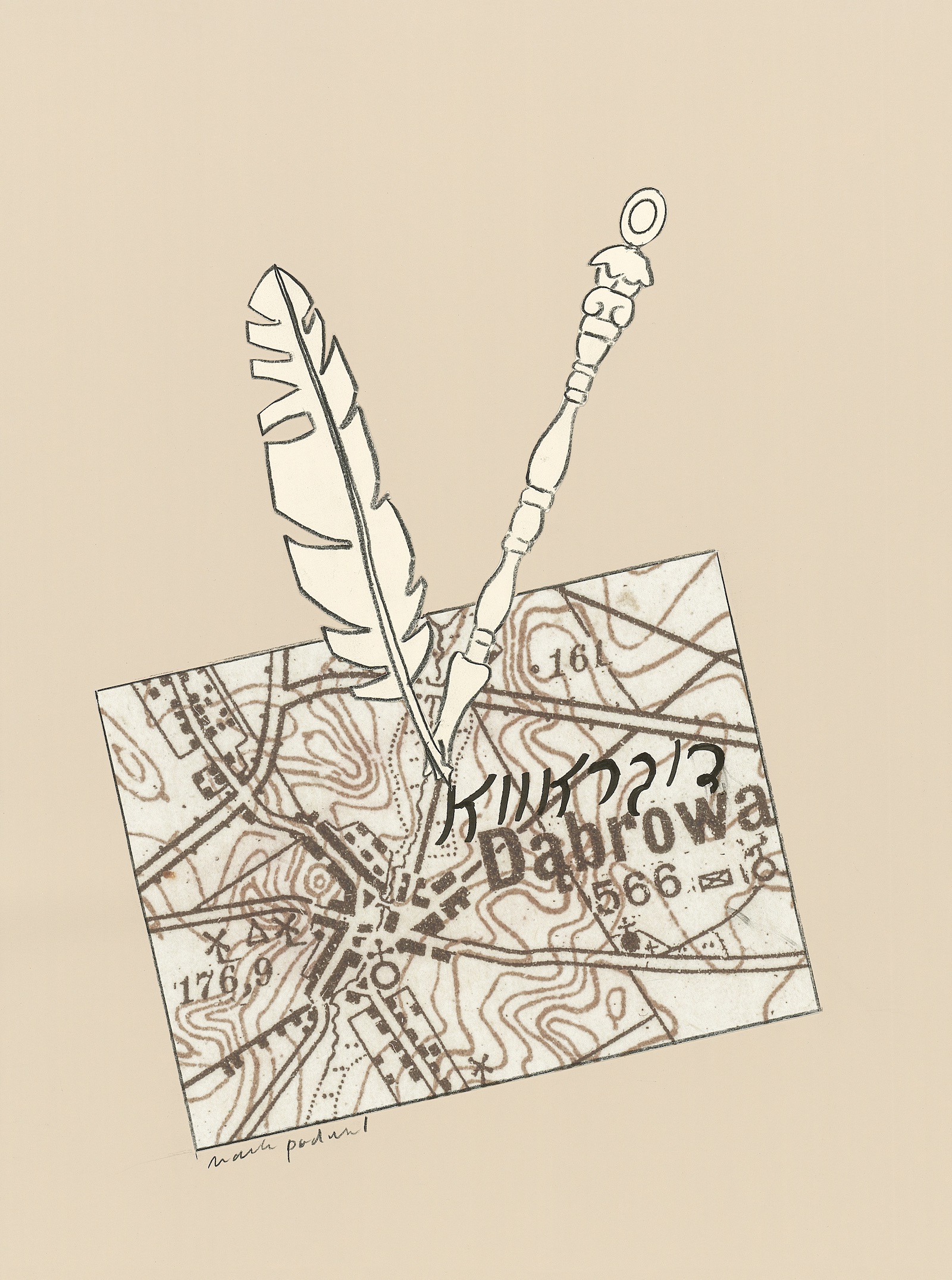 A Torah pointer (yad) holding a quill writes Dąbrowa in Yiddish letters on a map of the region in northeast Poland. The Yiddish is copied from a 1929 postcard written by Dąbrowa’s Rabbi Moshe Gershon Movshowitz. 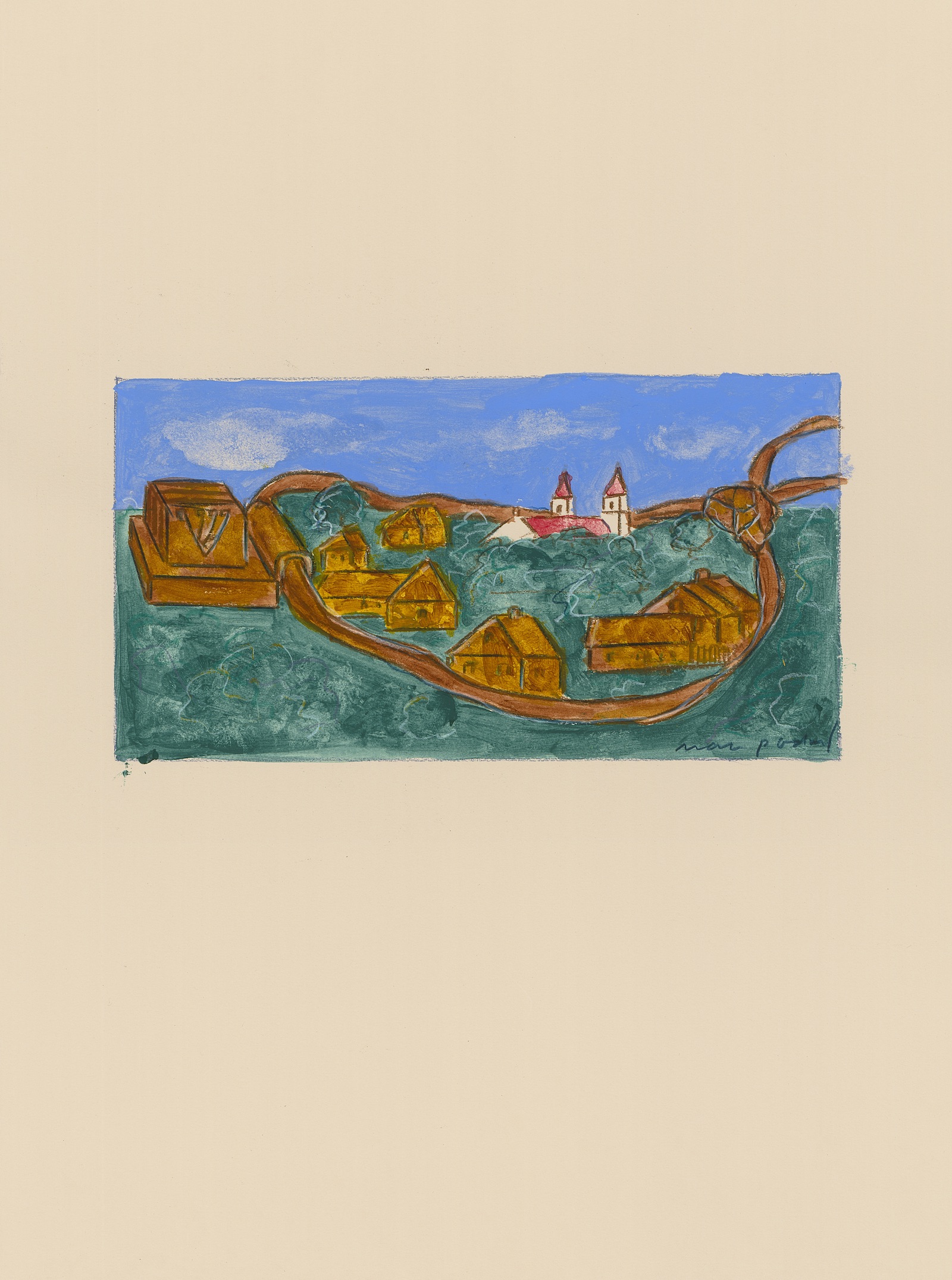 Dąbrowa Białostocka on My Mind

A leather strap of tefillin for the head encircles the town as it looked in a 1938 photo. 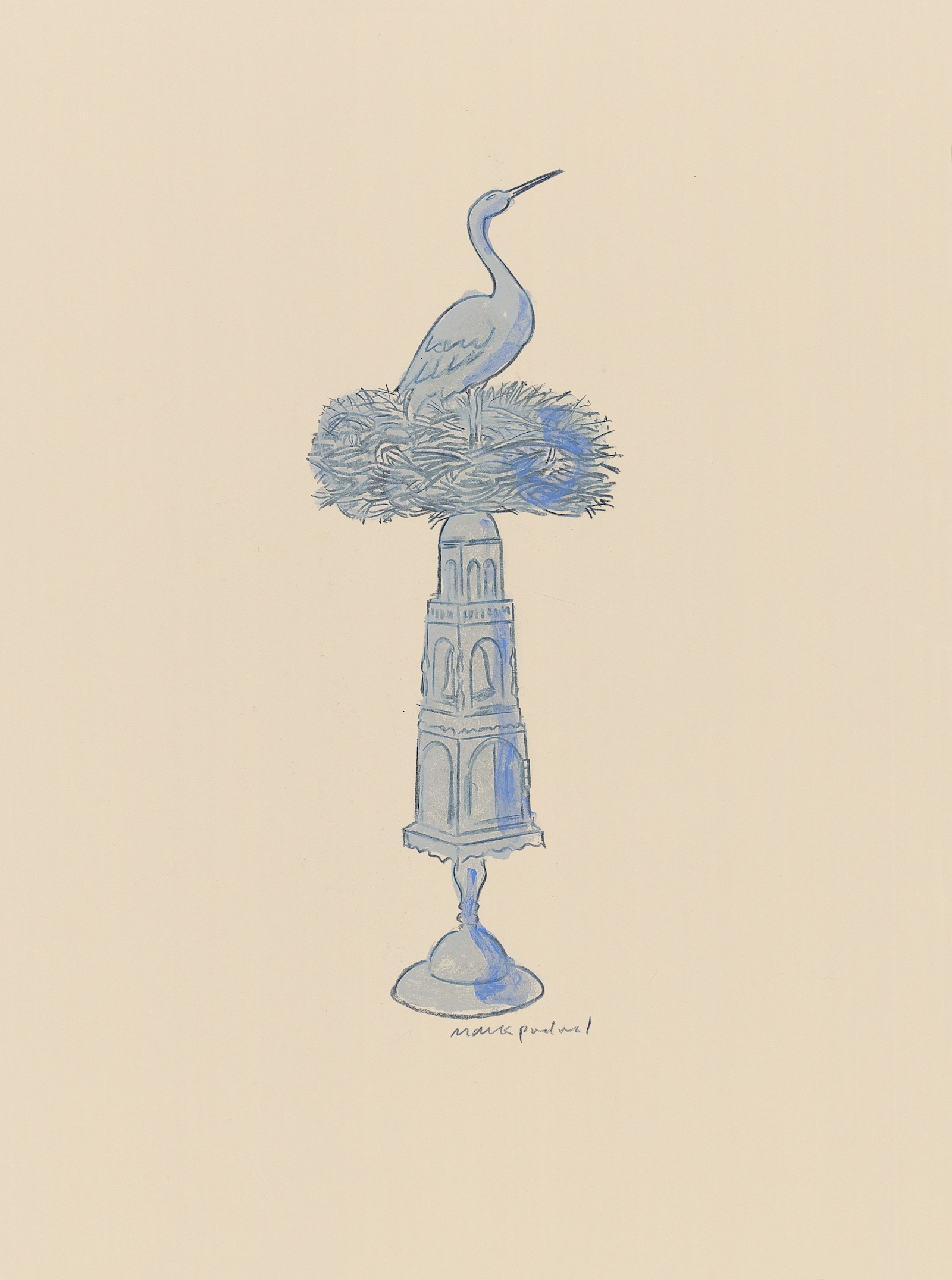 Indicating how white storks nest in Poland more than in any other country, a stork makes its nest on a Polish havdalah spice box tower. 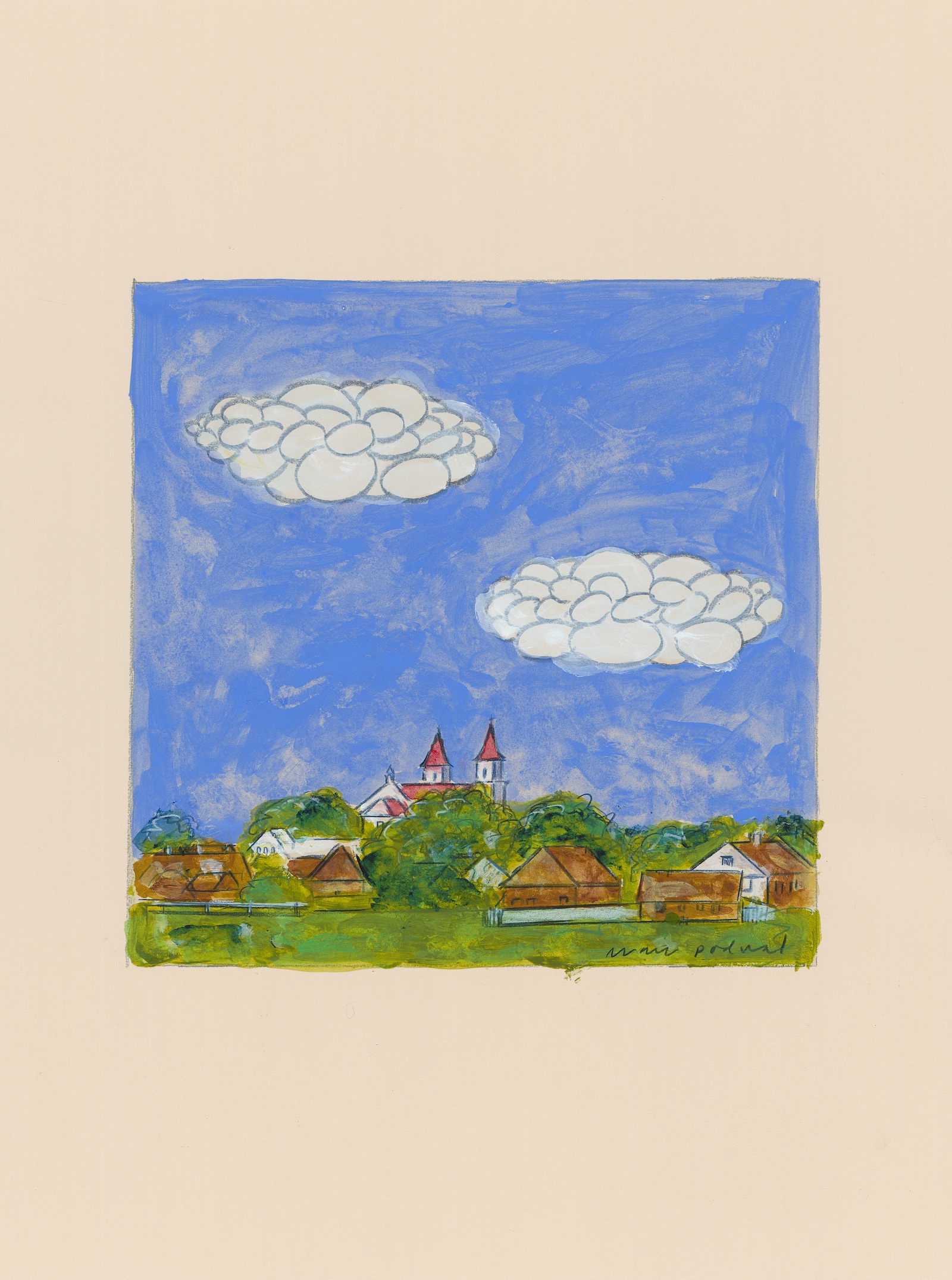 Two clouds in the shape of challahs recall the double portion of manna that fell from heaven on Friday so that the Children of Israel did not have to work on the Sabbath to gather manna. 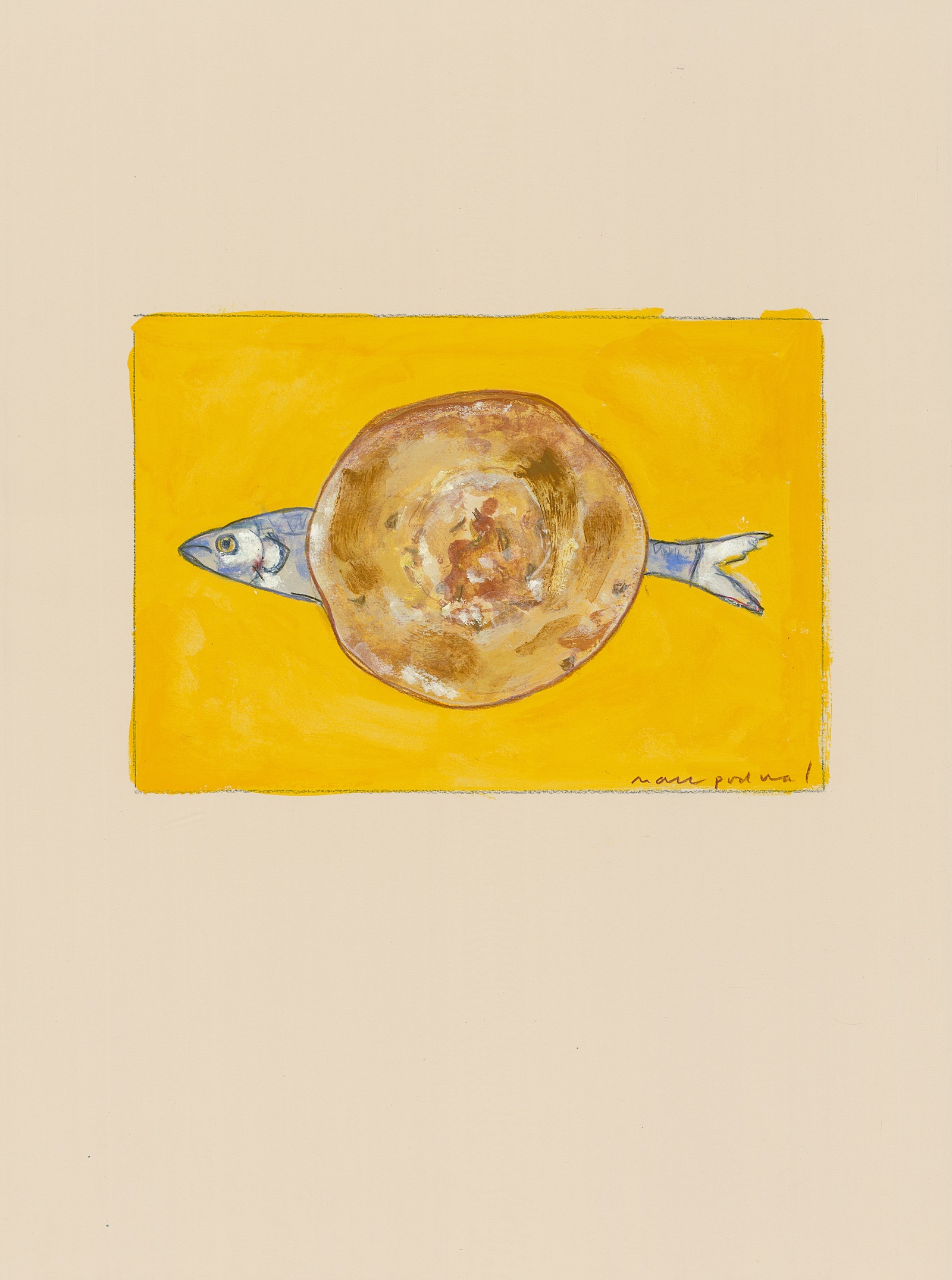 Herring on a Bialy

A herring, a common shtetl food, is sandwiched in a bialy. The bialy was invented 70 kilometres away in Białystok, the city, which adds its name to Dąbrowa to differentiate the town from many others in Poland with the same name. 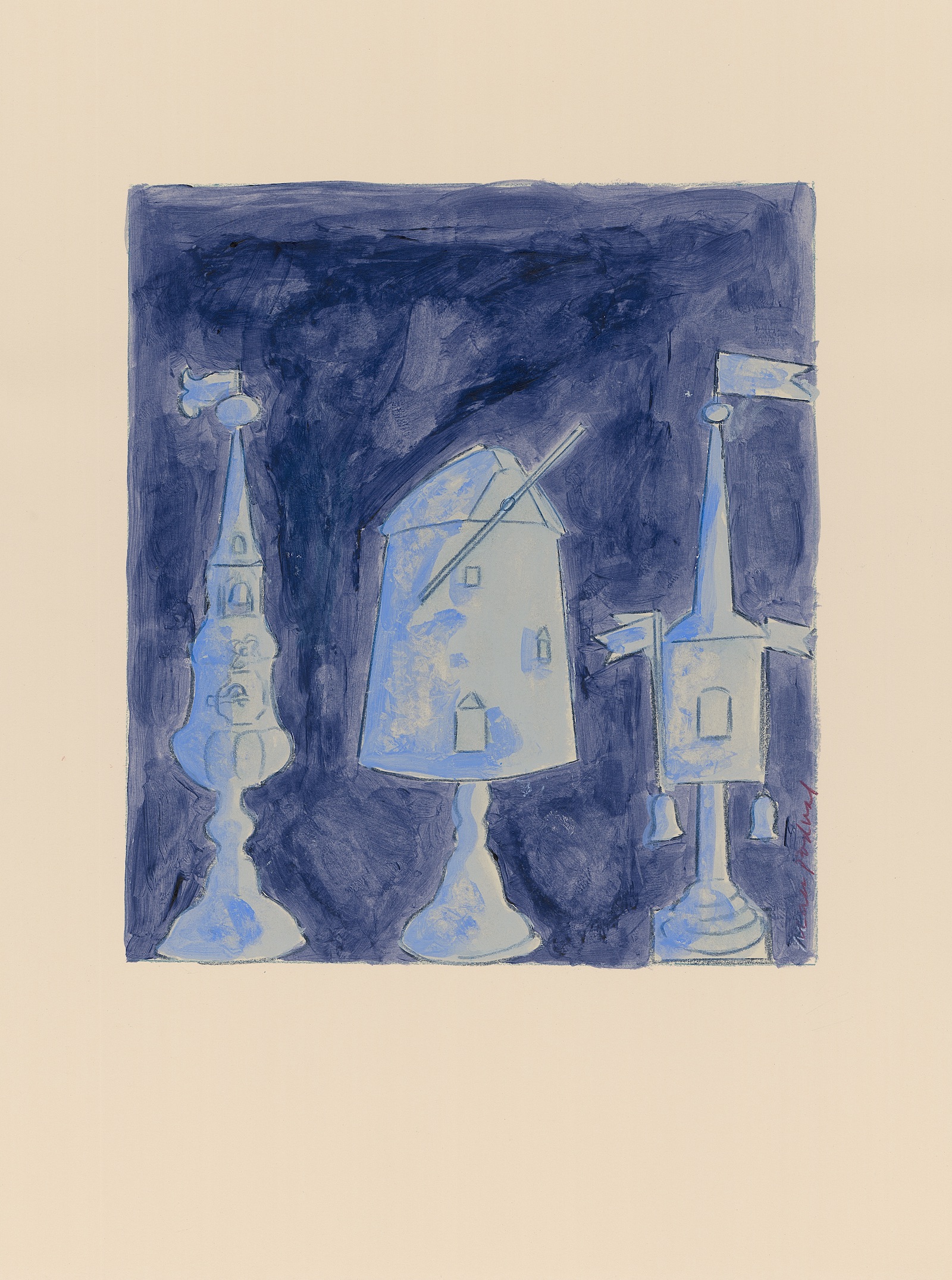 In Dąbrowa there were several windmills constructed of wood. After the German destruction of the town, one made of stone remained. 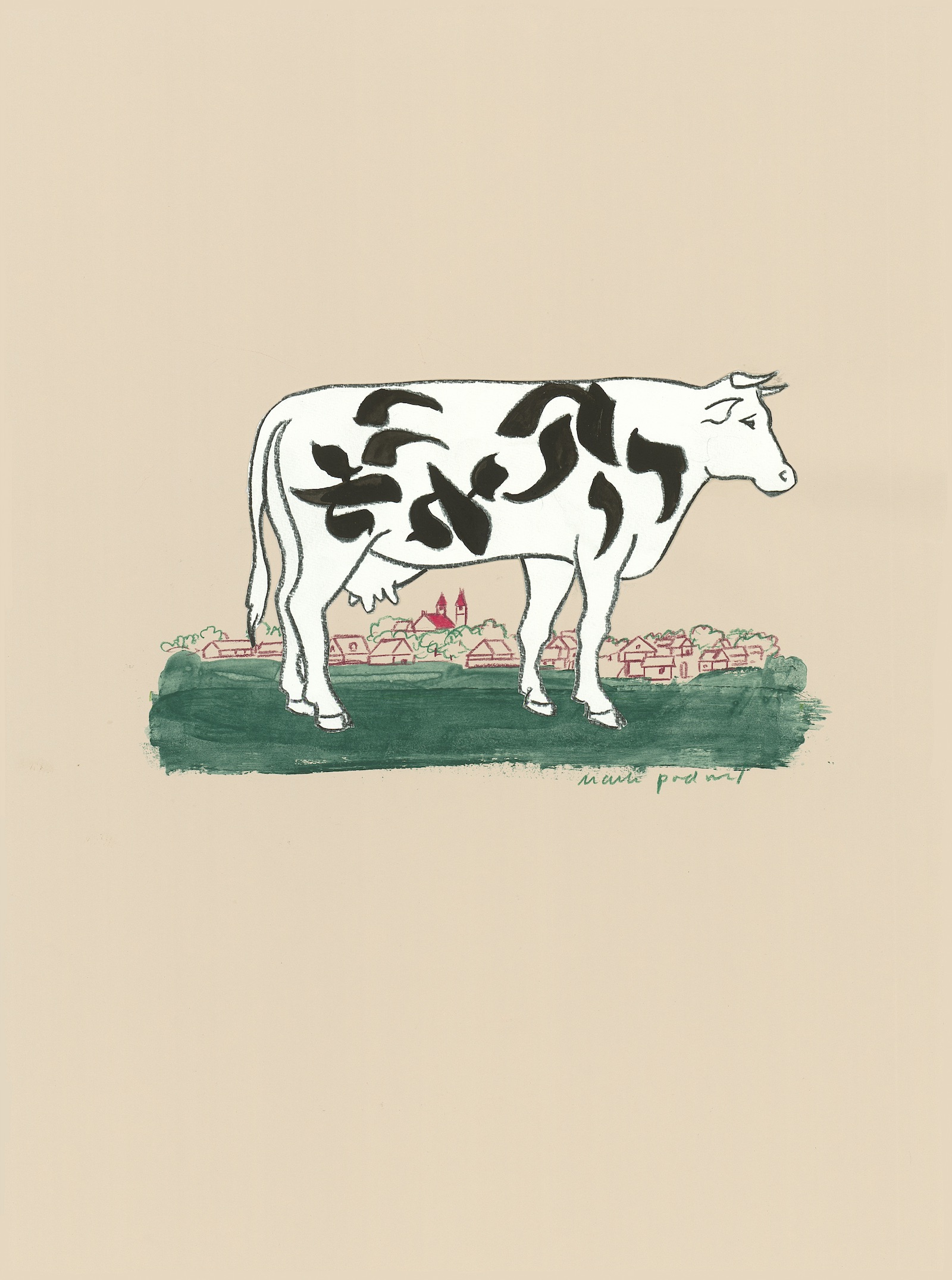 Most families managed to acquire a cow 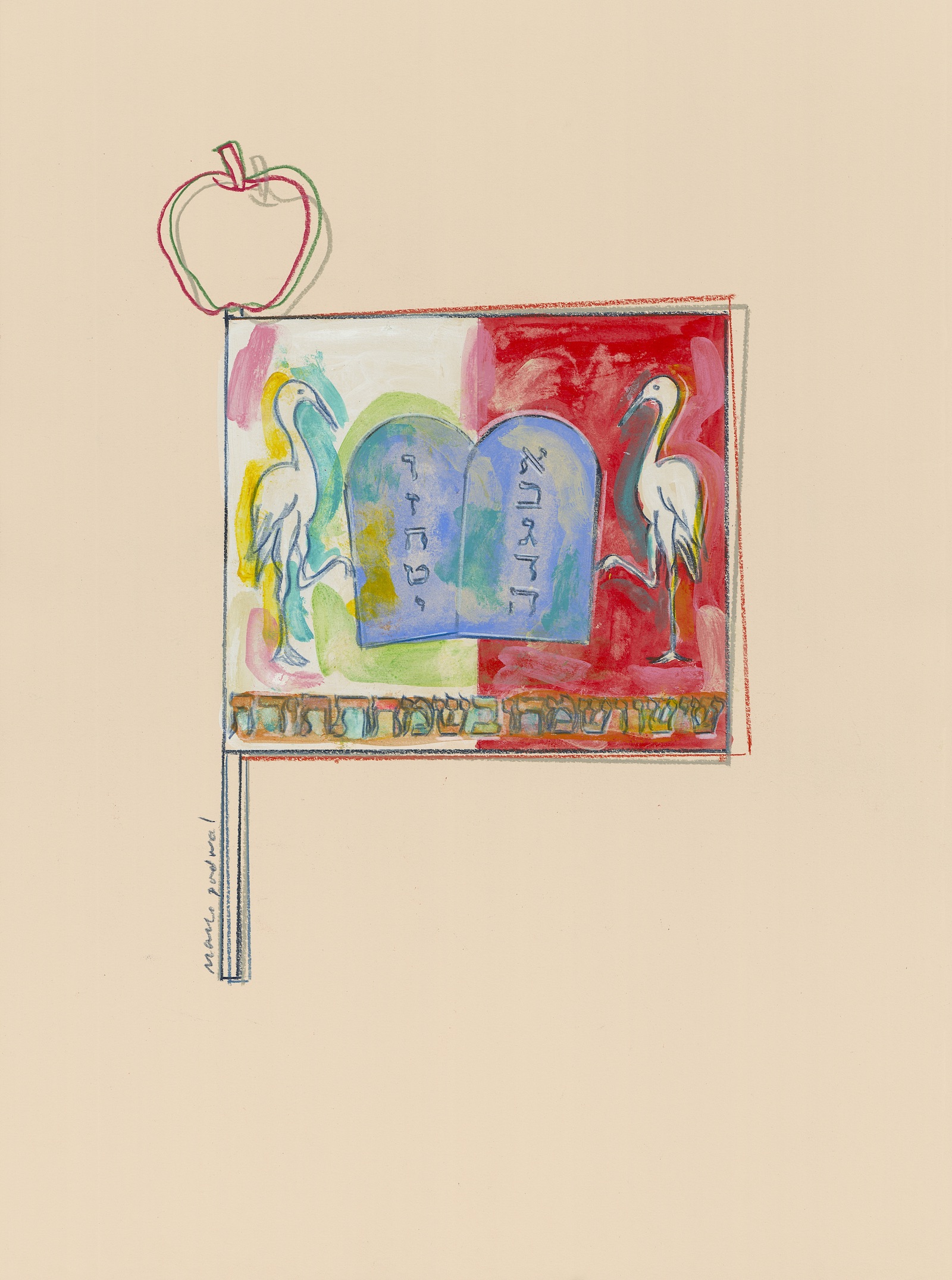 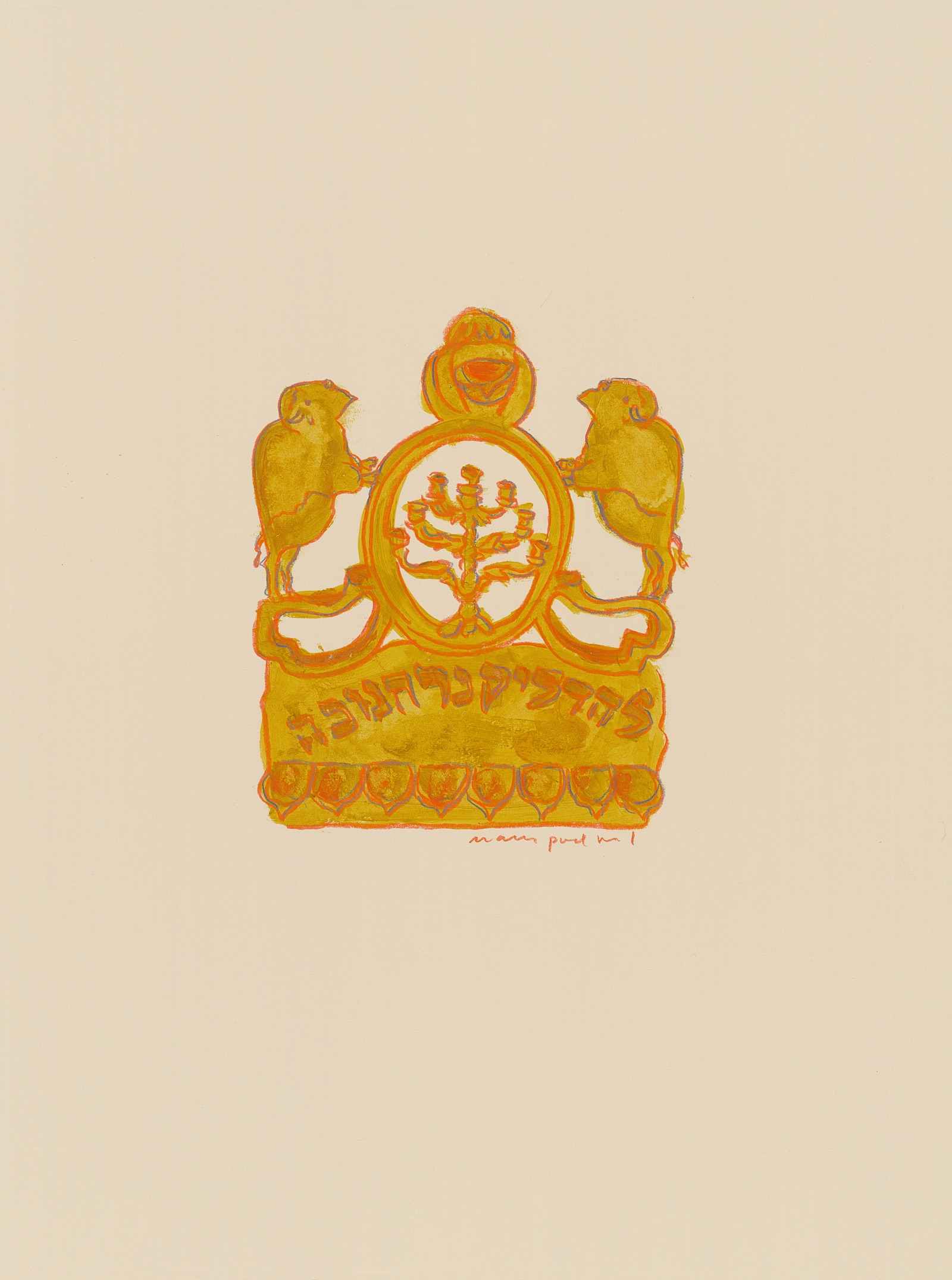 Since numerous bisons freely roam the Bialowieza Forest, 62 kilometres southeast of Białystok, and many Polish companies use bisons in their logos, a drawing of a Hanukkah Lamp has bisons instead of the traditional lions. 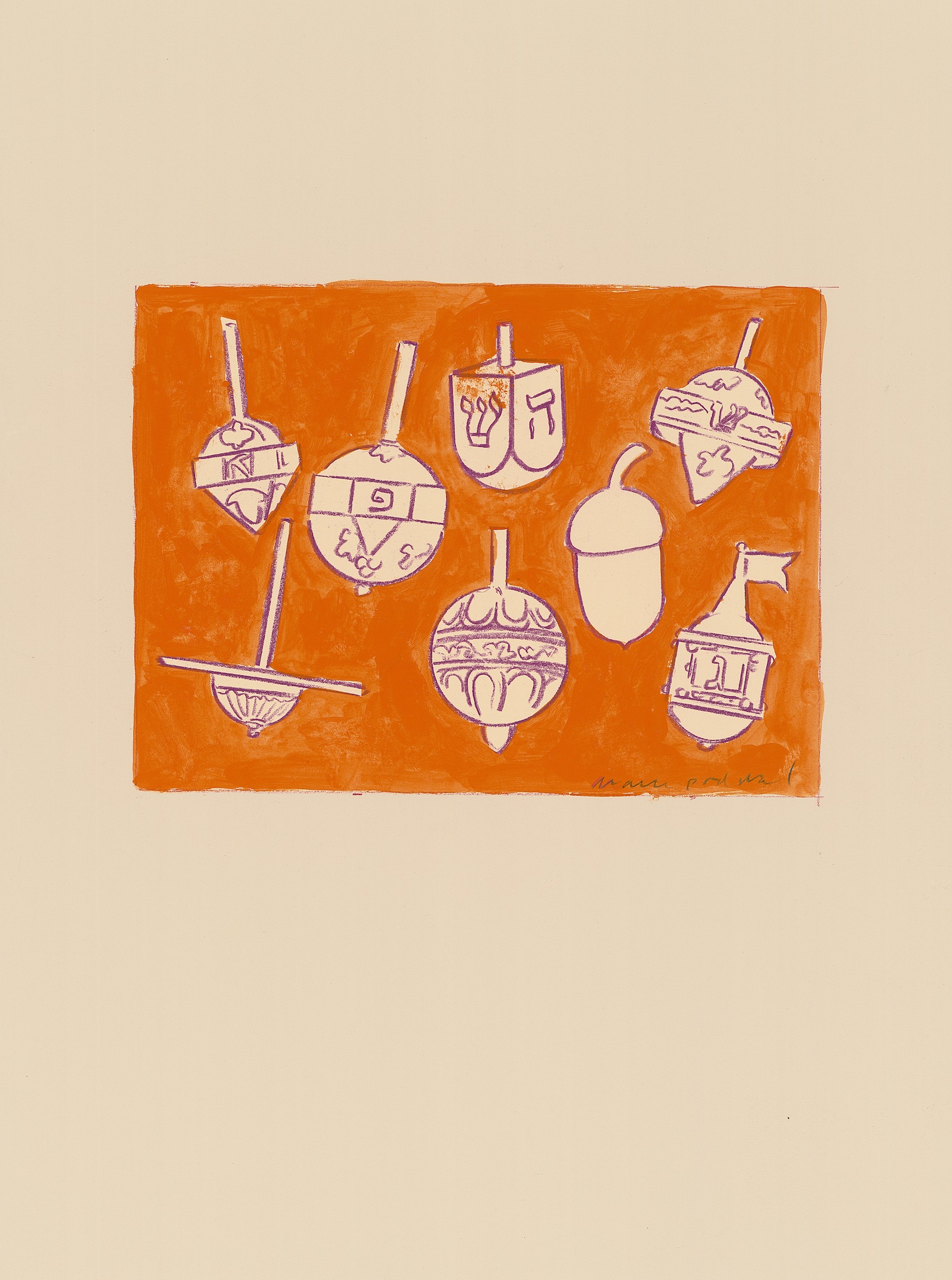 Seven Dreidels and One Acorn

An acorn suggests the meaning of Dąbrowa, which is “oak forest.” 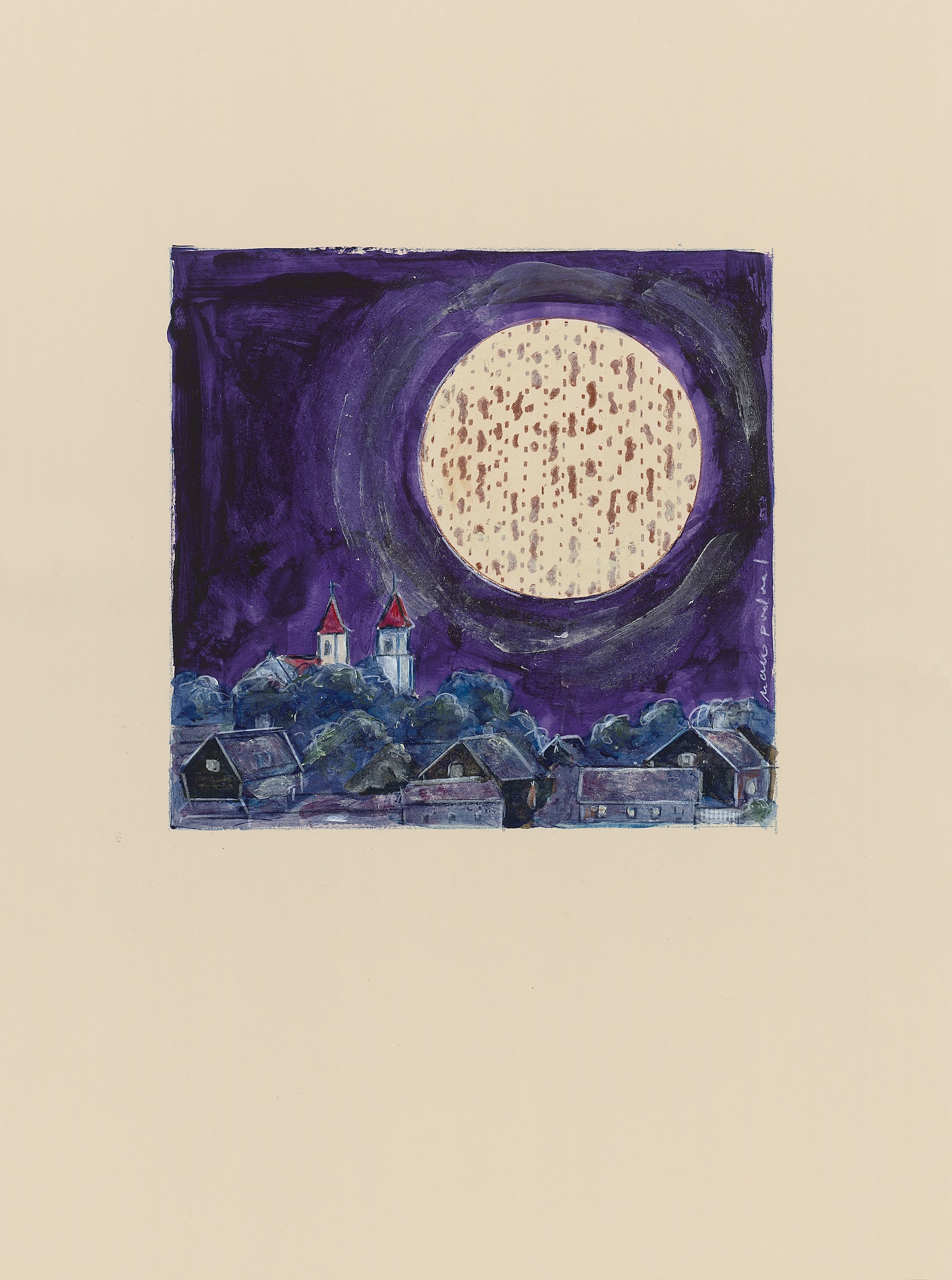 A round matzoh in the sky represents how Passover is always celebrated under a full moon. 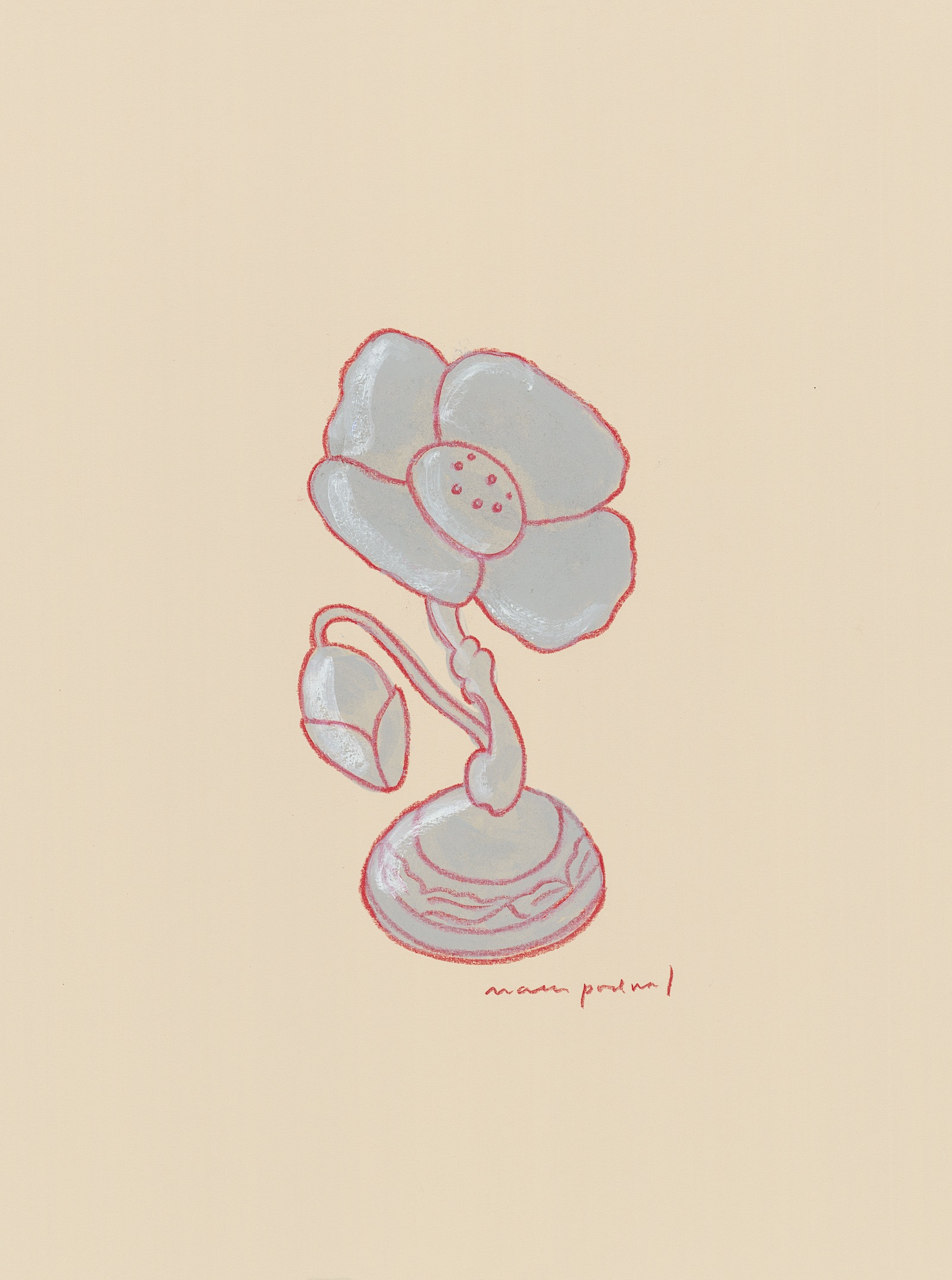 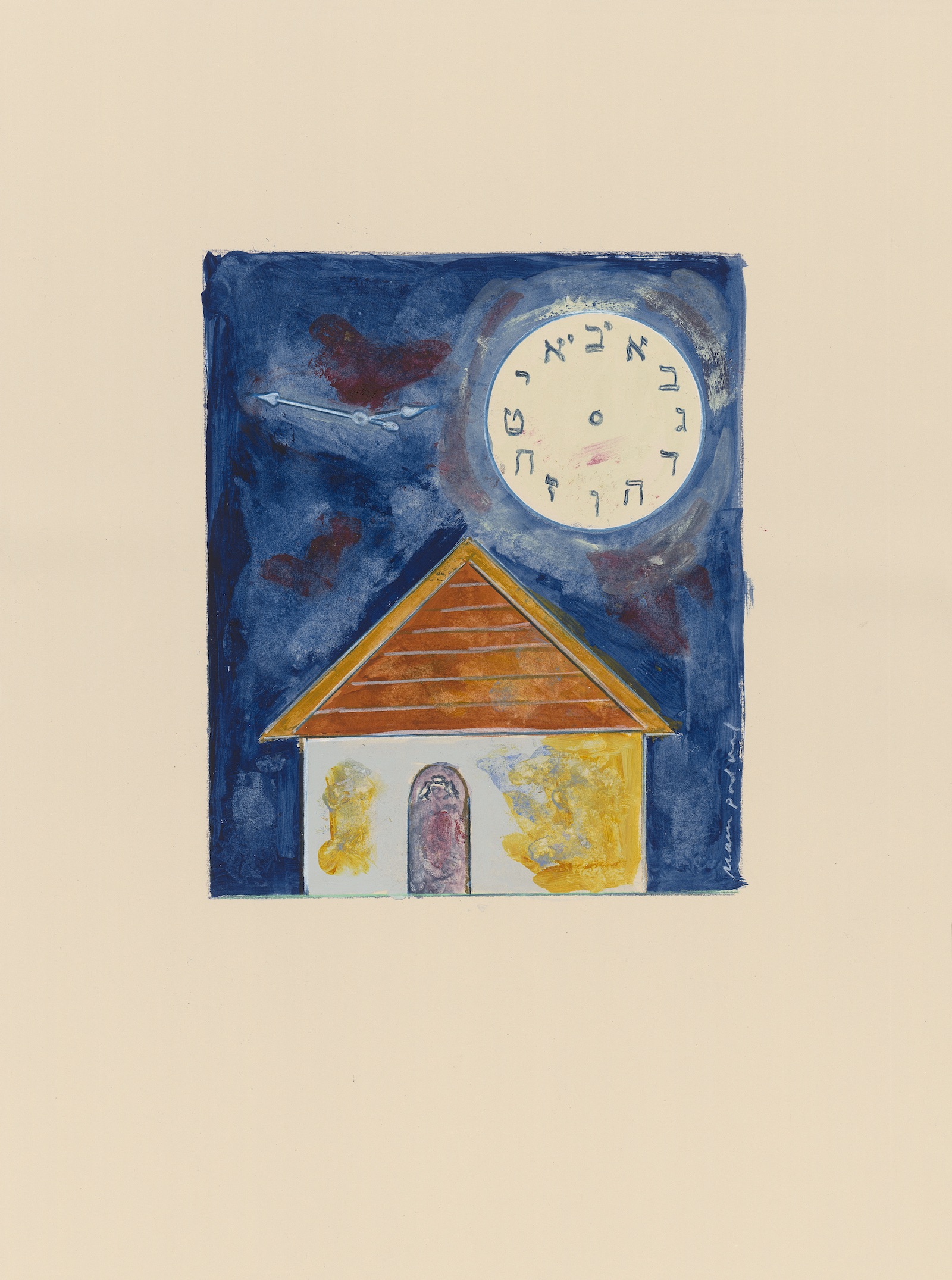 The most prominent religious leader of Dąbrowa was Rabbi Menachem Mendel who lived until about 1895. Mendel worked to improve health care with rabbis from neighboring towns such as Grodno and Lublin. He was buried in a mausoleum that no longer exists. It is said that Jews and gentiles would visit his grave to pray for his blessing. 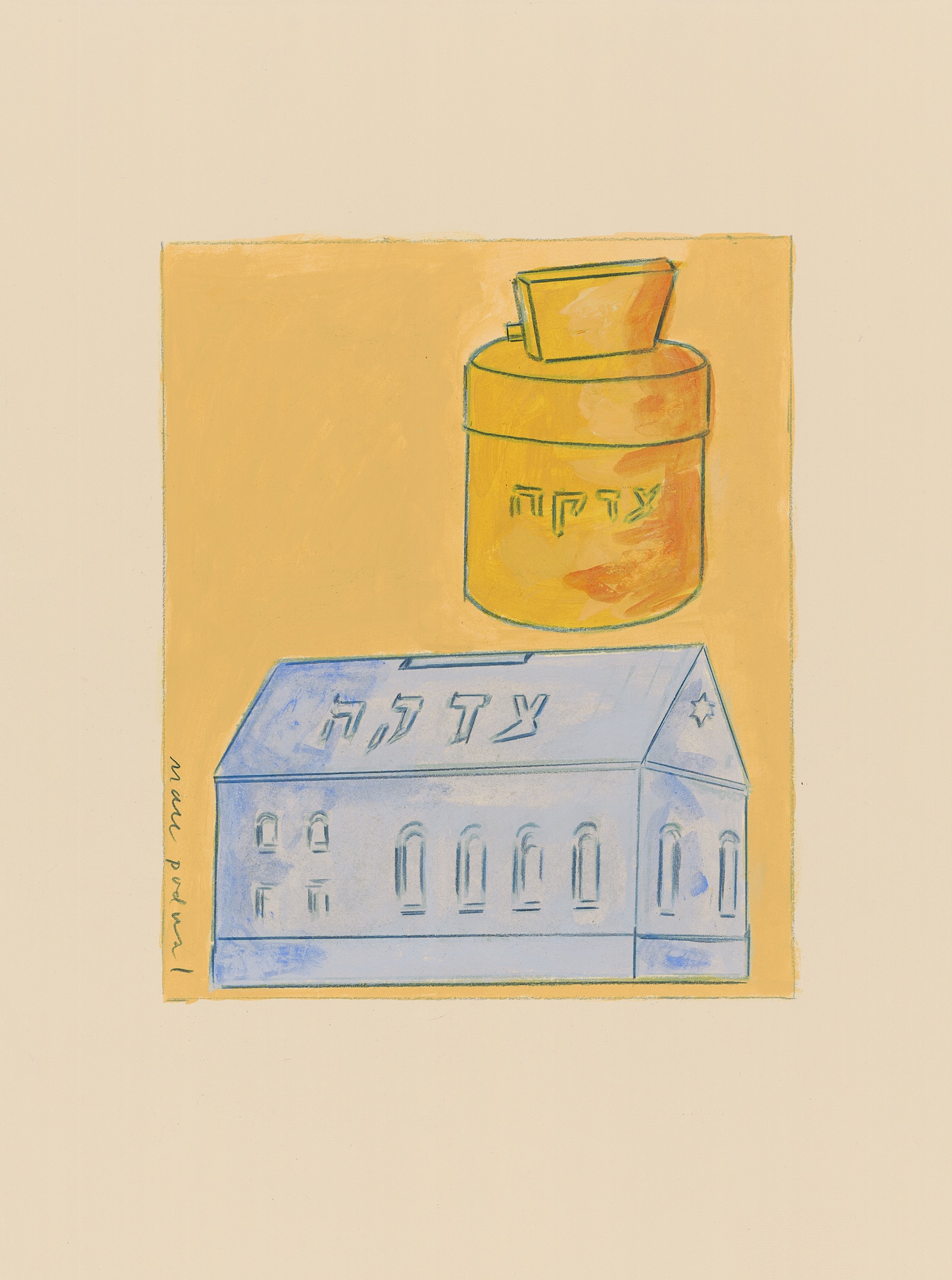 Tzedakah boxes are often placed in synagogues for people to donate money to the needy. The box has a slot in the top for inserting coins and comes in a wide variety of shapes. 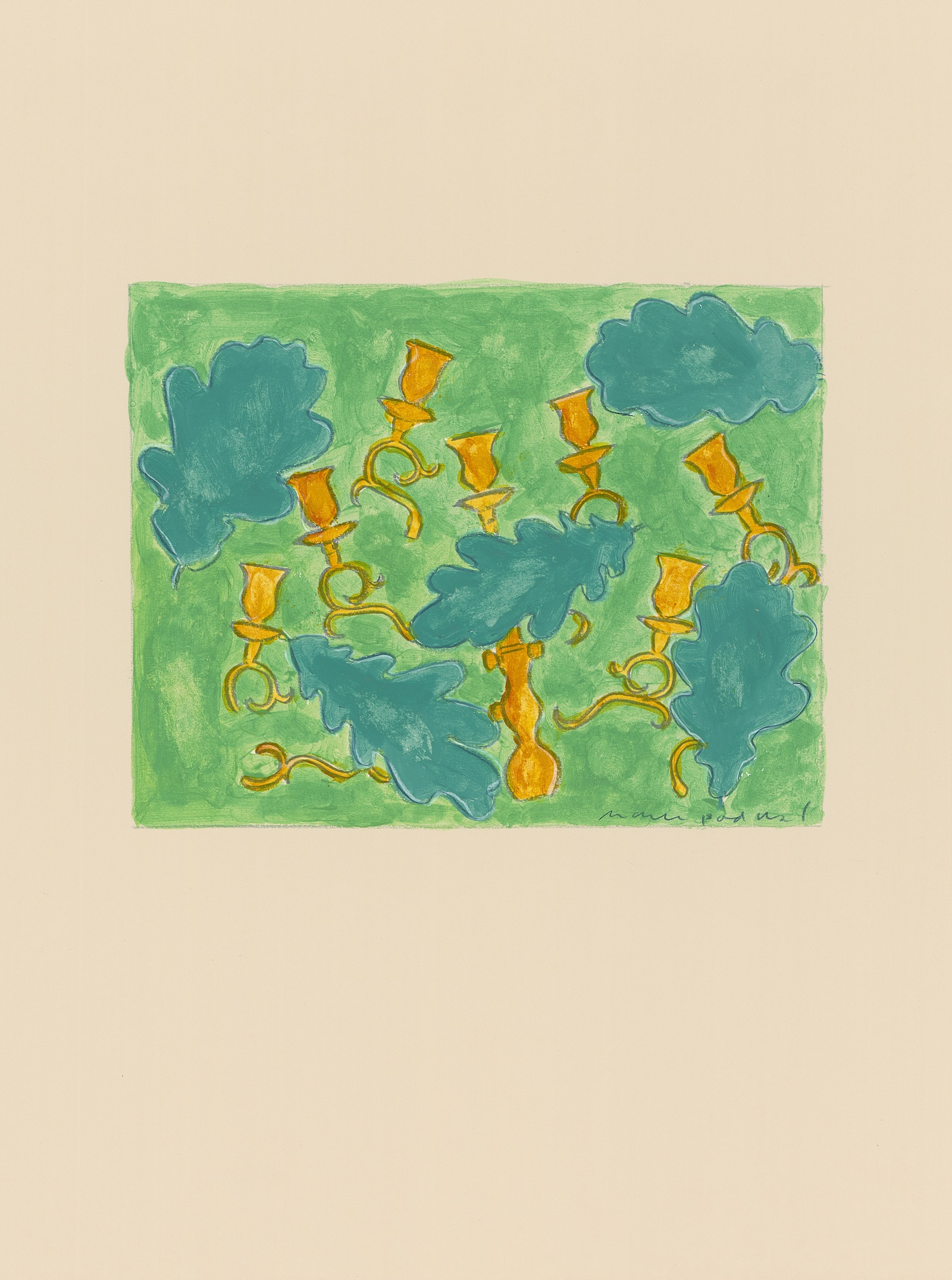 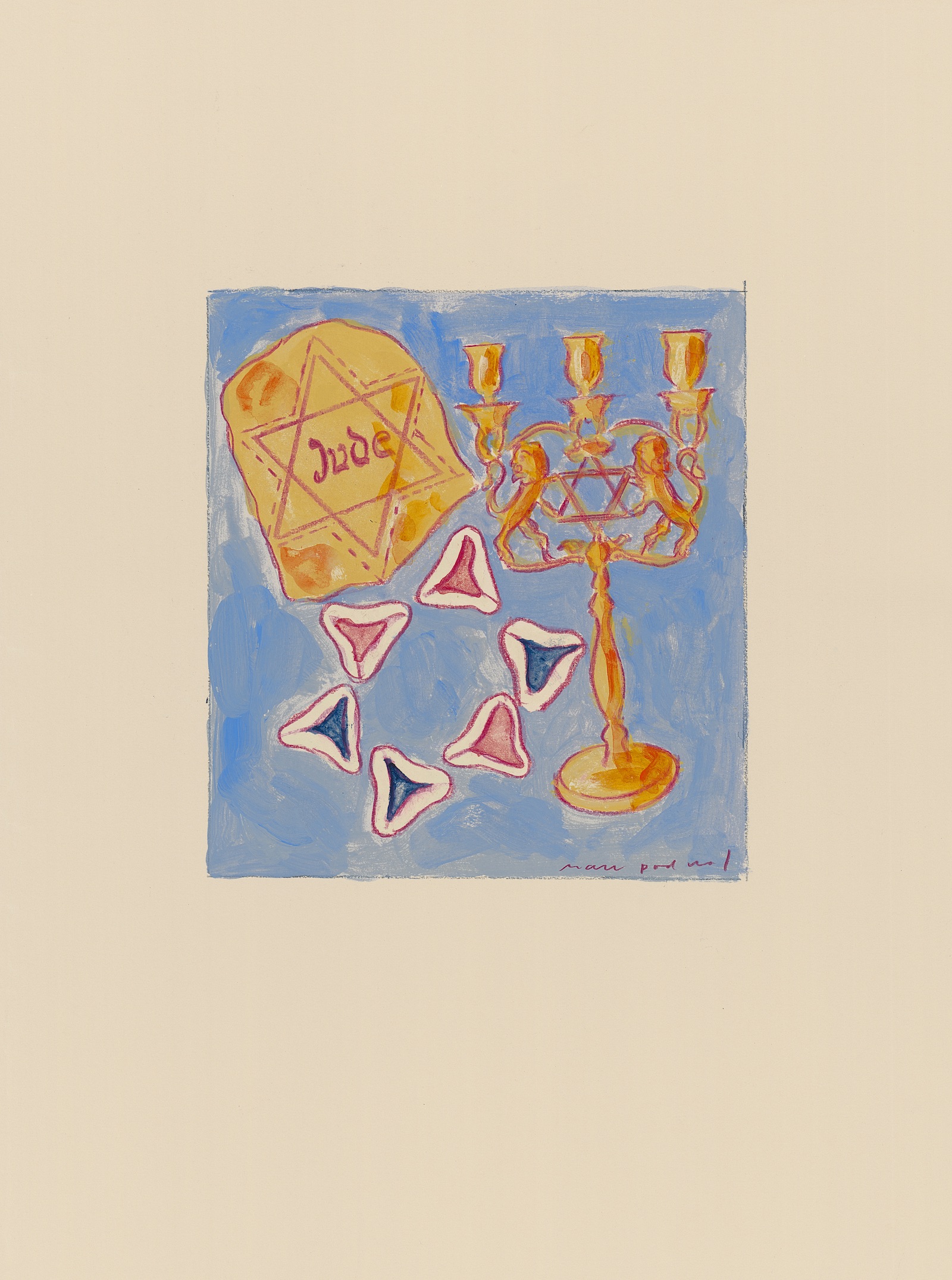 In the series, the only explicit Holocaust iconography is a drawing of a yellow fabric with the six-pointed star Jews were forced to wear. 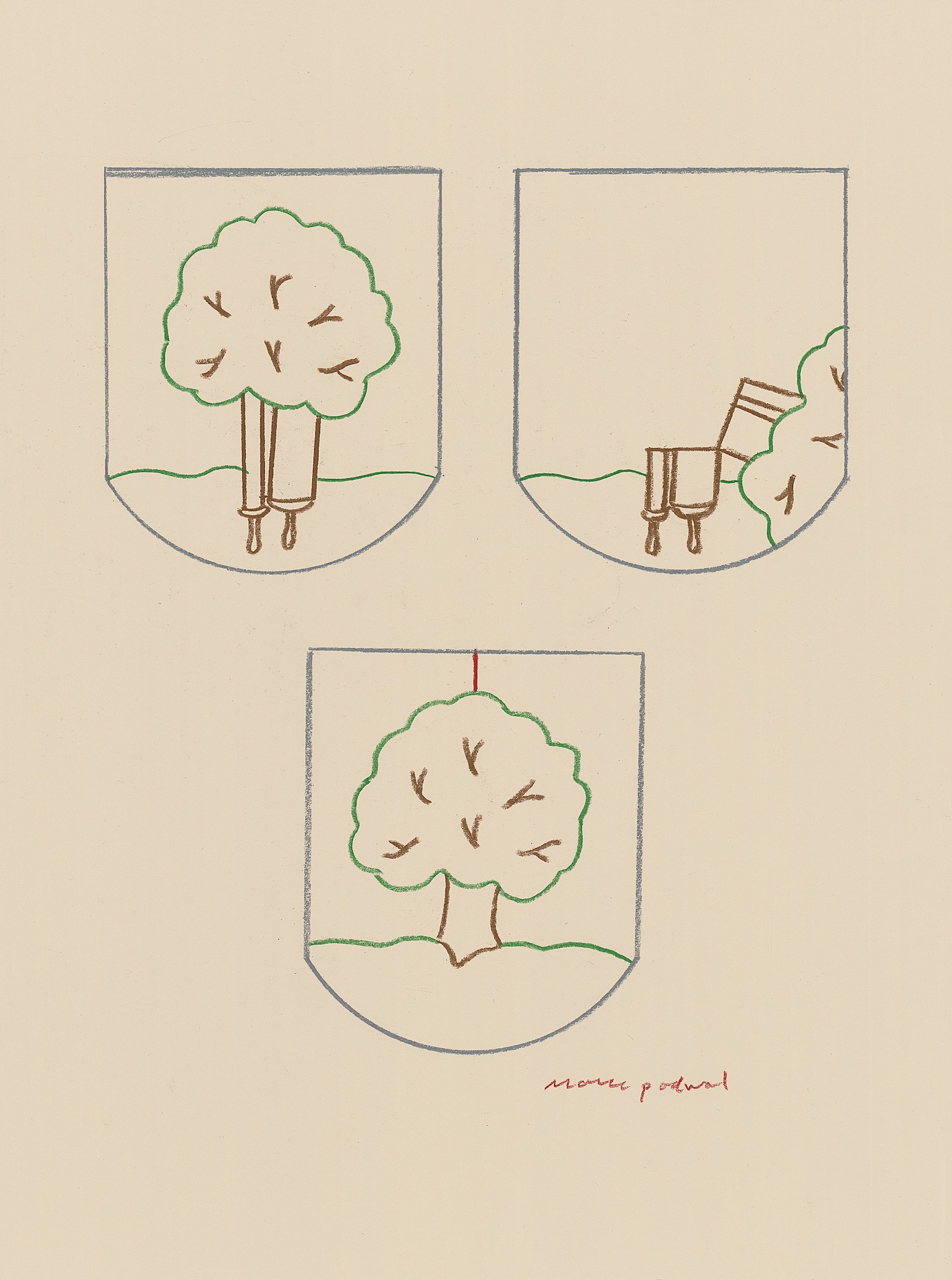 A History of Dąbrowa Białostocka

The Torah as a “Tree of Life” is cut down, which in Jewish iconography symbolizes a life cut short, and regrows as an oak tree in the Dąbrowa coat of arms. 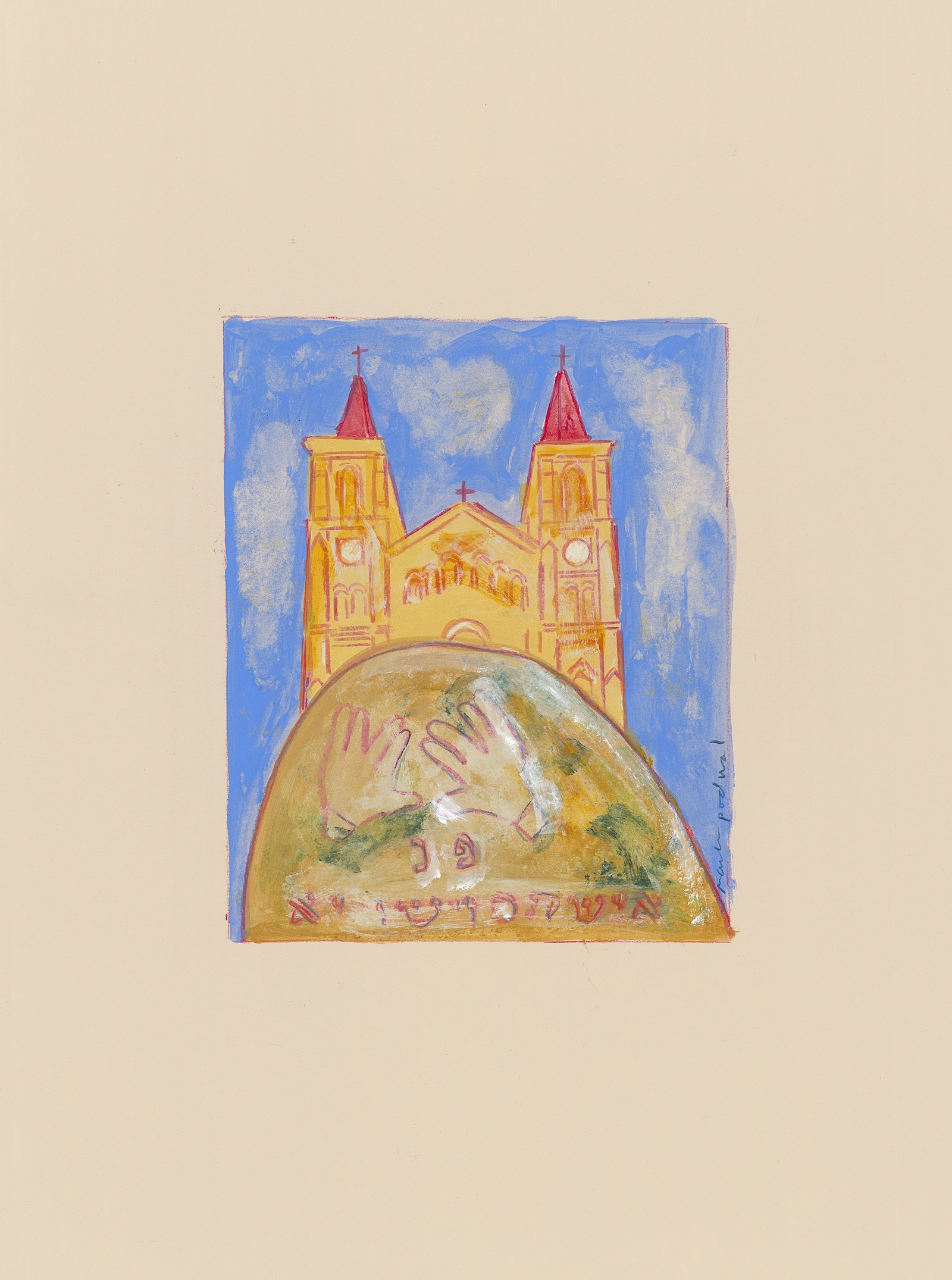 By 1899, 75% of the town’s population was Jewish. Currently, no Jews live there. In remembrance, one of the Jewish cemetery’s few remaining tombstones is symbolically portrayed before Dąbrowa’s Catholic church.